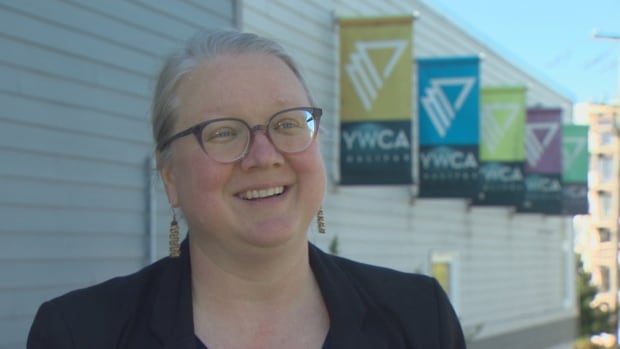 As texting, Snapchat and Instagram become increasingly influential among young people, YWCA Halifax is bringing programs directly to them in schools in an attempt to deal with messages of violence and hate.

It is a multi-level approach including discussions with children in schools and community programs. Young people help design some of the programming and are also involved in an Instagram page as well as a podcast dealing with the issue.

“Online a lot of people are less afraid to say negative things,” said Emma Macaskill, a grade 9 student at JL Ilsley Secondary School in Spryfield. “That can have a really big impact, especially with cyberbullying, because it’s not just at school, it can be at home.”

Macaskill is one of the program’s youth leaders and was at the YWCA on Wednesday alongside federal Public Safety Minister Marco Mendicino, who announced more than $1.8 million in funding over six years to support the project.

Mendicino described it as stimulating for young people.

It follows years of work on cyberbullying with young people in Nova Scotia in the years following the death of 15-year-old Rehtaeh Parsons. She died after attempting suicide when explicit photos were shared without her consent and tormented her.

“Similar things keep happening all the time,” Suokonautio said, adding that Open New Tab talks about things like sharing intimate images online and how young people can report such cases.

“That’s where they are all the time,” Suokonautio said. “If there were three children arguing on my street I would step in as an adult, but it can happen in a bedroom and I have no idea.”

Ottawa Crime Prevention Funds pay for four full-time positions and other part-time jobs allowing the organization to deliver programs at eight schools in Halifax and Dartmouth and several other community groups at this time.

Macaskill, who is 15, said she was involved as a mentor to other young people who might not know where to turn when faced with online abuse.

“I think it can make a huge difference knowing that you’re not alone in how you feel and that someone can support you.”

Wednesday FTB: hockey is not immune to hatred

How to Use a Side Hustle to Pay Off Debt