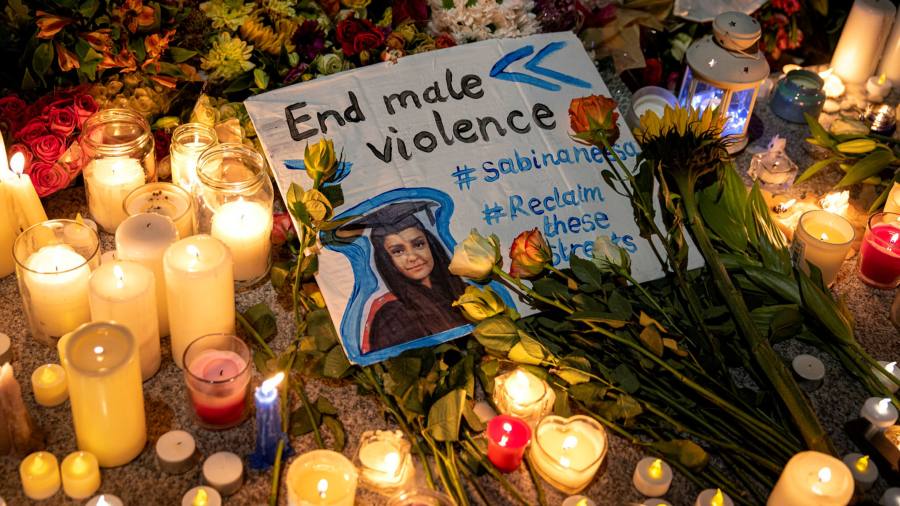 Women’s horrific experiences mean we need a law against misogyny

When was the last time you consciously changed your behavior when you were at a bus stop or walking home? If you are a man, you might find it difficult to answer this question. If you’re a woman, you’ll probably have an example from this week, last week, and the week before. Self-protection activity is built into a woman’s life from an early age. We listen to footsteps, avoid shadows, carry our keys in our hands.

In 2021 the Scottish Government asked me to form a task force to decide whether adding ‘sex’ to existing hate crime legislation would be an effective way to protect women or whether there should be a standalone remedy to combat misogyny. I’ve been clear from the start that we don’t criminalize thought – if people hate or harbor misogyny, it can’t be a crime. It is the conduct that stems from hatred that we must address.

Shortly after we embarked on our task, Sarah Everard and Sabina Nessa were brutally murdered and women across the country demanded something be done. The link was correctly drawn between serious misogynistic crimes like rape and domestic violence and other transgressions suffered by women who were deemed too weak to attract police attention. Yet the overwhelming weight of these experiences cannot be dismissed as too insignificant to engage the law.

When I started my legal career, men convicted of rape could walk out of court. Domestic violence has been described as “six of one and half a dozen of the other”. Sexual harassment made people laugh. I spent a lot of energy advocating for gender-based law reforms created from a male perspective. And a lot has changed, but the underlying attitudes within the criminal justice system and society as a whole make it very difficult for women to get justice.

The task force collected testimonies from the past year. We have heard shocking testimonies of women and girls being verbally abused, belittled, humiliated, groped, undermined and condescending, trolled and objectified online and offline. Cumulatively, it is a horror story and there is no comparable male experience. As a result, we have proposed that a new Misogyny and Criminal Justice (Scotland) Act be created with a new misogyny aggravation statute that empowers judges to improve sentences where a crime is motivated by misogyny.

It will be the law for women, challenging the law’s default position as neutral. This is justifiable because this level of abuse is only experienced by women. It will operate outside hate crime legislation which was introduced to protect minorities. Women are not a minority — they make up 52% ​​of the population. We were also mindful of how abuse could often involve multiple layers of hostility, with women of color facing both racism and misogyny or religious hatred and misogyny.

In addition, we recommend three new offenses: stirring up hatred against women and girls, misogynistic public harassment, and uttering threats or invoking the rape or sexual assault or disfigurement of women and girls, online and offline. . Threats of rape or disfigurement are now commonplace, especially online, but are often framed as “someone should rape you”. “Summoning” deals with these indirect threats.

The UK government rejected a legal approach to misogyny in February. However, north of the border, political parties seem to have serious ambitions to forge cultural change. These changes will help focus minds — in criminal investigations, in making prosecutorial decisions, and in conducting business.

There will be two main stumbling blocks. First of all, many will want to use the proposals as an opportunity to debate ‘who is a woman?’ “. Responding to this was not our task, but we prefer that no offense be created that requires a woman to prove that she is a woman. If she is perceived as a woman, she may be prone to misogyny. Trans women are going to benefit from this law and so they should.

Second, there will be those, especially among my learned legal friends, who will be horrified at the thought of legislation created just for women. Why are we doing this? Because neutrality is a legal fiction. It stems from the noble principle that we should all be equal before the law. I hope it will be true one day. But, too often, the courts ignore the inequalities that exist beyond the courtroom doors.

This is a targeted law aimed at combating men’s behavior towards women. Most men don’t abuse women, but it’s hard to find a woman who hasn’t been abused. Most honest men are ready to be our allies and are ready for a change of gears. Change must come, and now is the time.