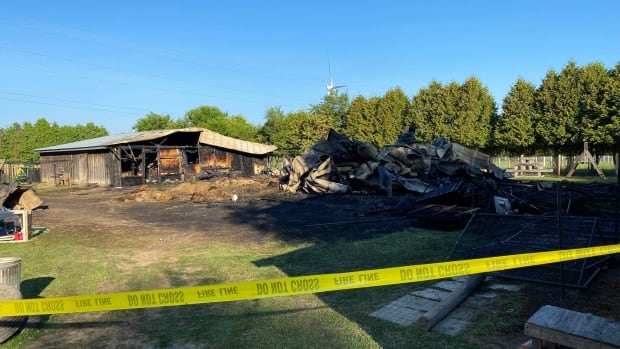 A woman from Windsor tied to a wildlife sanctuary in Dresden, Ontario. was charged with two counts of arson and one count of uttering threats after the fire in a barn housing rescue animals.

“We are saddened and heartbroken that someone could have betrayed the animals and us like this,” representatives from Charlotte’s Freedom Farm wrote on their Facebook page.

All of the animals at Charlotte’s Freedom Farm are farm rescues and have been rehabilitated after being abused or neglected.

Chatham-Kent Police have laid the charges in response to a series of events that have taken place on the farm over the past year. The accused lived on the farm and was previously referred to as a “hero” by other volunteers for responding quickly to one of the fires.

It started on July 1, 2020 when what has been described as a ‘suspicious’ barn fire killed 22 animals in the sanctuary – including five cats, a dog and a one-year-old pony. The damage was estimated at $ 300,000 according to the police.

Later, on October 2 of the same year, a threatening letter was received by the owner of the farm.

At the time, in an Instagram post, the farm said it had suffered “a very traumatic attack.”

The police major crime unit has now identified a former volunteer as the culprit.

A 30-year-old woman from Windsor is charged with uttering threats and two counts of arson.

Hate crimes are on the rise. Faith communities are particularly well placed to fight them.