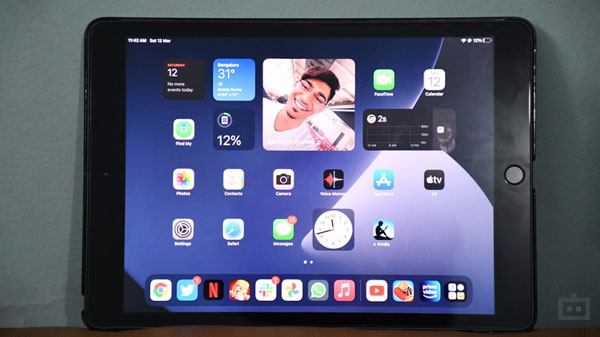 What I love and hate about Apple’s iPad: A long-term review

Things to love about Apple’s iPad

Although it’s an entry level iPad, it doesn’t compromise on build quality, the iPad looks premium with a metal unibody design and has all the ports, including a 3.5mm headphone jack. At around Rs. 30,000 in the price range, the iPad is definitely one of the best looking and nicest looking tablets, period.

Finally, the 8th generation iPad has a massive battery that can easily last an entire day for most users. If you only use a tablet for a few hours a day, the tablet can last up to an entire week. On top of that, you also get 20W fast charging in the box.

Things to Hate About Apple’s iPad

There is no doubt that the Apple iPad is the best tablet in terms of design and hardware. Whichever model you choose, all modern iPads offer best-in-class hardware. When it comes to software, we simply can’t say the same.

iPadOS is based on iOS, so it’s more of a smartphone/mobile operating system than a tablet-class or PC-class operating system. Therefore, iPadOS has some drawbacks, which limits the functionality of Apple’s iPad.

If an app is optimized for the iPad it provides the best possible experience, otherwise it looks like a scaled up version of an iPhone app. A better example of this is the Instagram app, which is just a scaled-down version of the iPhone app, which leaves black bars on either side.

While an iPad’s hardware is more than capable of handling a full-fledged file manager, iPadOS doesn’t allow it to do the same. Therefore, copying a file from a system or even copying a file to a system is very tedious. It’s definitely something Apple can fix if it wants with a simple software update.