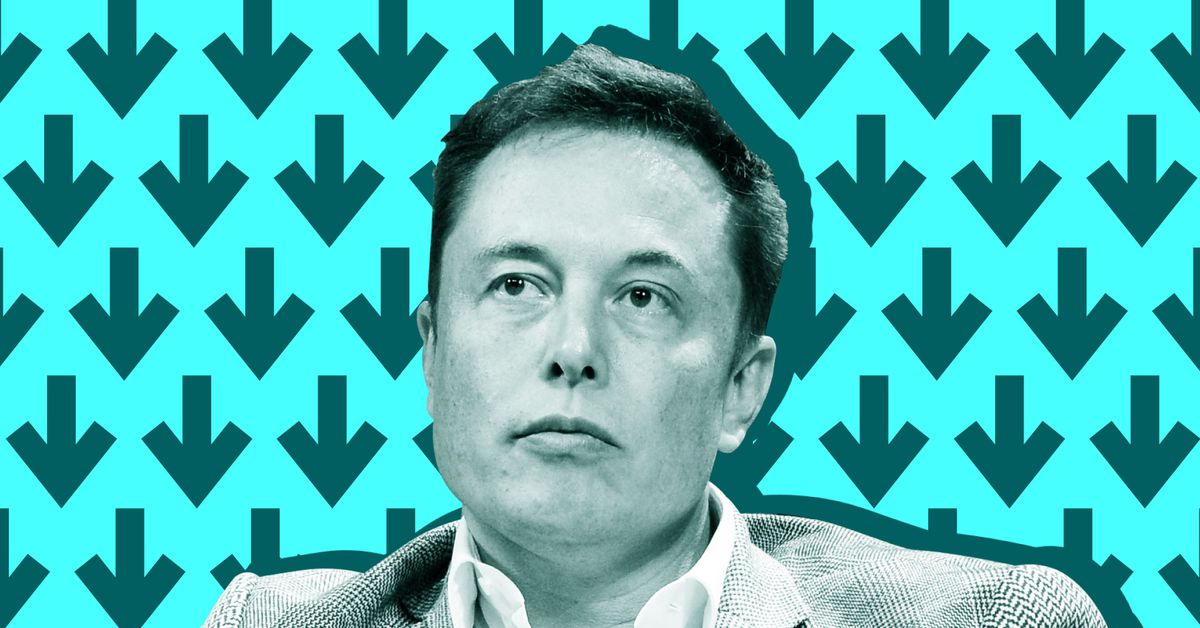 Thursday morning, Elon Musk offered to buy Twitter to save freedom of expression.

“I invested in Twitter because I believe in its potential to be the platform for free speech around the world, and I believe that free speech is a societal imperative for a functioning democracy” , the Tesla and SpaceX billionaire – who recently acquired a 9.2% stake in Twitter – wrote in a filing. “However, since making my investment, I now realize that the business will not thrive or serve this societal imperative in its current form. Twitter needs to be transformed into a private enterprise.

It’s unclear exactly how that gamble will play out, but there’s also a more fundamental question: what does Elon Musk think about free speech and who threatens it? Freedom of expression is the cornerstone of an open society, and with governments around the world contemplating crackdowns on internet platforms, there is a complicated interplay between different views of what should be allowed online. But despite his sweeping statement, Musk’s eye seems almost entirely focused on the much smaller issue of Twitter’s own internal rules.

In 2011, former Twitter CEO Dick Costolo claimed that Twitter belonged to “the free speech wing of the free speech party”, a phrase that has been invoked by critics of calls in platform moderation ever since. In the context of this era, free speech controversies were primarily about Twitter’s relationship with governments. The platform was winning plaudits for letting activists organize under the threat of political repression in Egypt and other countries. Costolo bragged about his fight with the US government over account data linked to WikiLeaks, which was under investigation after diplomatic cables leaked.

“The more we can increase the trust of Twitter, the lower the civilizational risk”

In a TED interview with Chris Anderson on Thursday, Musk’s concerns were more nebulous — and directed almost entirely at Twitter itself. Musk didn’t show much of an appetite for fighting global speech restrictions – noting that “in my opinion, Twitter should abide by the laws of the land.” Instead, he raised the specter of “mysteriously promoted and demoted” tweets by Twitter’s sorting algorithm, which Musk said should be posted publicly. (Former Twitter CEO Jack Dorsey also considered a version with more transparent algorithmic recommendations.)

“It’s really important that people have the reality and the perception that they’re able to speak freely within the confines of the law,” Musk told Anderson. “I think generally speaking the civilizational risk decreases the more we can increase trust in Twitter as a public platform.”

Musk reflected a common assumption that Twitter is a “town square” that has become the primary arbiter of what people can say. But governments around the world still have a say in what is said and how. In the years since Costolo’s comment, online speech laws have proliferated. Several countries have passed “fake news” rules that are (in theory) supposed to crack down on the spread of false information online, and some have threatened to ban platforms that don’t comply. European privacy rules have instituted a “right to be forgotten” which requires platforms to remove embarrassing information posted online under certain circumstances. India has implemented a strict legal regime for social media companies, requiring local offices to appoint government liaisons and at one point raiding Twitter offices.

Even in the United States, which has some of the most permissive speech laws in the world, Twitter moderators aren’t the only power at work. The platform has some of the loosest standards for adult content for a major social network, but the 2018 FOSTA-SESTA law threatens legal protections for companies if they allow content related to sex work. US copyright law has an important exception to the normal rules protecting platforms from legal liability, prompting Twitter to do things like remove stolen jokes. How companies like Twitter interpret these kinds of rules has a huge effect on users’ livelihoods and creative freedoms.

The big tech platforms don’t just to respond laws in the United States; they also play a role in lobbying to create new ones. Jack Dorsey appeared before Congress several times during his tenure as CEO, during which he was questioned on issues such as how lawmakers should amend Section 230, one of the central pillars of the discourse in line. Musk hasn’t indicated what role a newly private Twitter might play in these debates, and it’s not clear he’s interested. We also don’t know how Twitter’s version of Musk would engage with other digital gatekeepers. If Apple demanded that it cut off access to NSFW content through its iOS app, for example — something it pushed Discord and other services to do — would Twitter play ball?

Far from being better equipped to protect free speech, a Musk-owned Twitter might be in a weaker position than a state-owned Twitter. Musk’s involvement in many other industries — including telecommunications with Starlink, space travel with SpaceX, and cars with Tesla — would give regulators and politicians additional leverage to pressure Twitter. This kind of leverage has already been a potent weapon against heavily vertically integrated companies like Apple, which has complied with Chinese censorship and surveillance demands to avoid losing access to a massive market for its hardware. Musk’s ventures have the added downside of often involving contracts and government grants — the kind of deal a high-profile moderation fight could jeopardize.

Twitter’s speech stance has never been as absolutist as Costolo’s comment suggested. Although he and other employees still used the phrase, they complied with French and German hate speech rules by “withholding” neo-Nazi or anti-Semitic messages in those countries. The company promised that it was trying to apply the rules “closely and transparently,” but “we must respect the laws of the countries in which we operate,” Costolo acknowledged after a French court ordered him to block hateful tweets. If you want to make a profit as a global company, there’s a limit to the number of laws you can consistently flout – there’s a reason many censorship evasion tools are open source and non-commercial.

But Costolo at least acknowledged that Twitter was engaging with a much bigger world. My colleague Liz Lopatto, meanwhile, aptly framed Musk’s takeover plans as a virtuoso Twitter troll trying to dominate his favorite toy. And there’s only one enemy a troll really fears: mods.

Marcus Hayes: Can Alec Bohm really get over his ‘Hate this place’ faux pas? Others have. | Sports