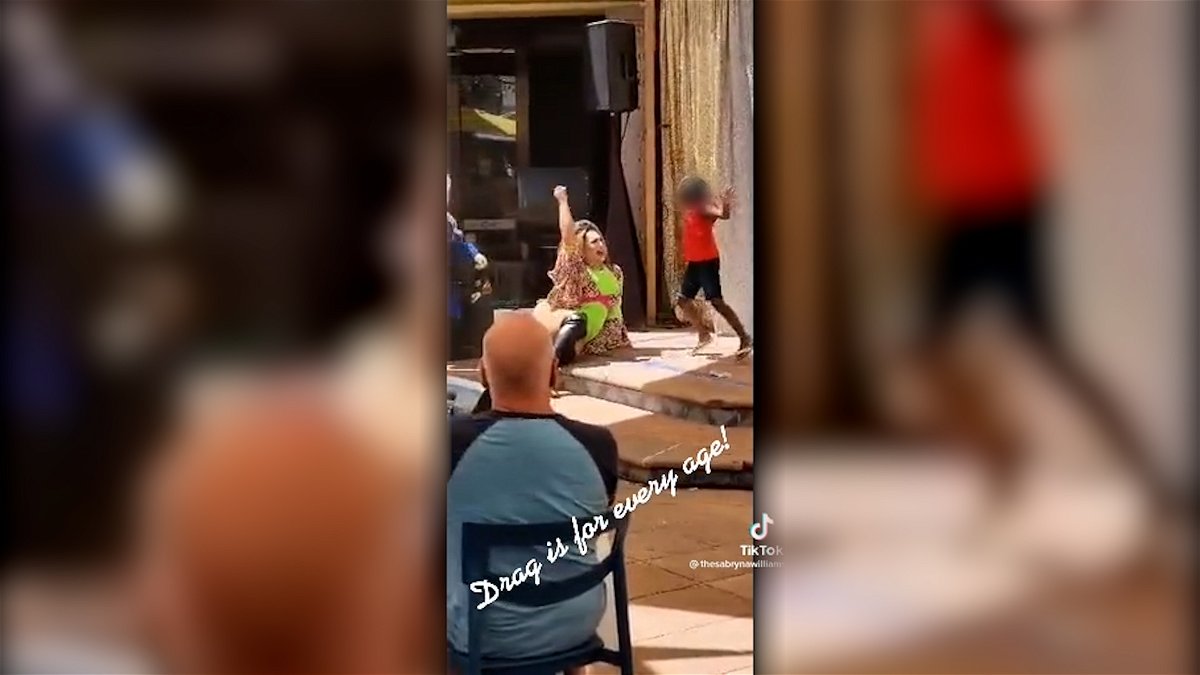 A viral TikTok clip of a Palm Springs drag show is drawing criticism from right-wing media and hateful comments online.

Palm Springs drag performer Sabryna Williams invited a young girl to dance on stage during a performance in July to a cheering brunch crowd.

Williams posted the clip online, writing, “Drag is for all ages.”

“Drag…helps teach people that you can be whoever you want,” Williams said. “I feel like at any age, that’s when you should start learning – the younger the better to be yourself, to be an individual. “

This week, the video was reposted by right-wing social media accounts and shared by conservative outlets including Fox News, generating responses that leveled accusations of pedophilia and child grooming.

“I saw this little girl having a blast, I leaned over to her… I said, ‘Do you want to come dance?’ She said yes, and she ran with me on stage and started dancing,” Williams said. “It wasn’t about trying to groom her to be a stripper or groom her to prove to him that she can use her body to make money. That wasn’t what he was about. was acting.”

The drag show took place on July 4 at Oscar’s in downtown Palm Springs, where owner Dan Gore told News Channel 3 that many families bring their children to watch shows.

“It uplifts people, and it’s a great experience in every aspect – the music, the dancing, the shablams, the death drops, the costumes,” Gore said. “What kids don’t like some kind of show?” »

The controversy comes as conservative lawmakers in states including Florida, Arizona and Texas are taking action against drag shows, saying they can expose minors to sexually explicit content.

“I know we’re not bad people. And I know what we do is make people happy. It’s to make people smile,” Williams said. “What they say doesn’t indicate who I am as a person.”