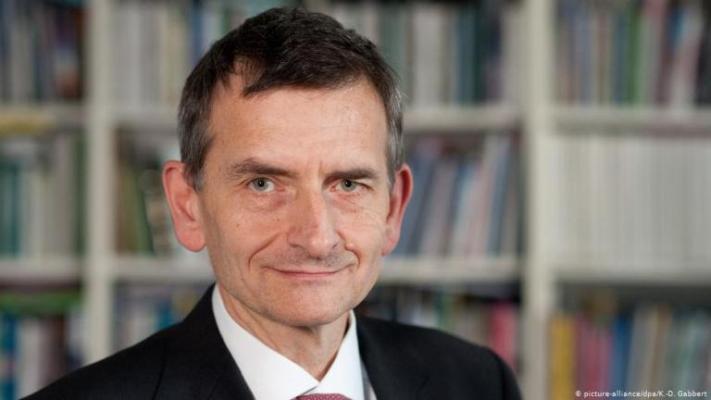 UNITAMS calls for reining in promoters of anti-Volker discourse

April 18, 2022 (KHARTOUM) – The UN Political Mission to Assist Democratic Transition in Sudan (UNITAMS) has called on the government to hold promoters of hate speech accountable, after a hate campaign against its leader.

“Demonizing public or private figures and inciting against them is hate crime behavior that societies and authorities have an interest in holding perpetrators to account without delay,” UNITAMS said after appeals from the Forces editor Sudanese armies in jihad. against the head of mission.

The statement follows provocative statements by Col. Ibrahim al-Houri in a lengthy opinion piece he published in the Sudanese Armed Forces newspaper on Sunday.

Al-Houri, this time, did not just call to expel Volker Perthes but went to call for jihad against him after comparing him to US civilian leader in Iraq Paul Bremer who is accused of dismantling the Iraq after the fall of Saddam Hussein’s regime.

The Sudanese army officer wrote this article of hate speech and calls for violence after statements by Abdel Fattah al-Burhan, head of the army-run Sovereign Council, criticizing Perthes and threatening to ‘expel.

Also, the campaign against Perthes comes at a time when the tripartite mechanism, including UNITAMS, is preparing to launch the dialogue process.

On Monday, the editor of the official Sudanese army newspaper published a similar one-page article written by a Sudanese journalist Ali Mansour Hasaballa who spoke about the Iraqi model scenario for dismantling the Sudanese state.

In addition, Hasaballah spoke about the role of interior agents in Iraq and Sudan who support plans to dismantle Iraq and Sudan, citing US and UK diplomats in Khartoum and numerous FFC figures.

The country’s military leaders have not reacted to the controversy, so far.