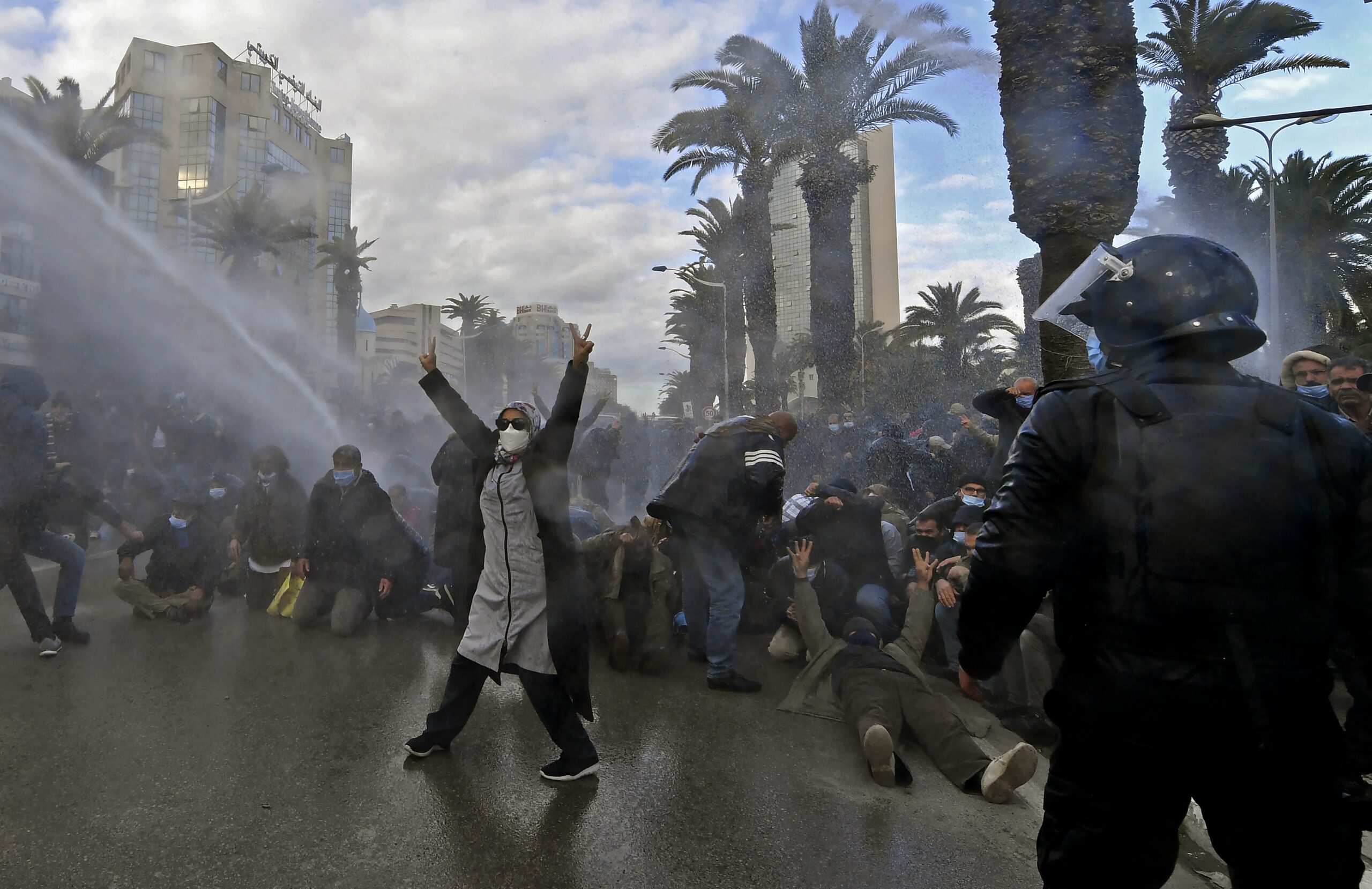 Tunisian President Kais Saied this week faced mounting pressure from judges, the United Nations and world powers after he removed a key judicial watchdog, sparking fresh accusations that he was heading for authoritarian rule. .

Saied dissolved the Supreme Judicial Council last Sunday, months after he sacked the government and seized sweeping powers in the North African country, often hailed as the only democracy to emerge from the 2011 Arab revolts.

The former law professor had long railed against the council, accusing members of blocking investigations into the 2013 assassinations of left-wing politicians Chokri Belaid and Mohamed Brahmi.

He had also accused his sworn enemy, the Islamist-inspired Ennahdha party which had played a central role in Tunisian politics during the decade between the revolution and Saied’s takeover, of having infiltrated the body.

The president, who has put the fight against corruption at the heart of his program, insisted on Monday that he would “never interfere with justice” and that the elimination of the justice council was necessary because Tunisians wanted that the country is “cleansed”.

But his removal from the council, set up in 2016 to shield judges from government influence, has sparked renewed anger from critics who say Saied is installing a new dictatorship, 11 years on. the fall of dictator Zine El Abidine Ben Ali.

These fears have been fueled by the increasing use of military tribunals to try civilians.

In Tunis, the emissaries of the G7 countries and the European Union said they were “deeply concerned” by Saied’s approach against the council, “whose mission is to ensure the proper functioning of justice and respect for its independence”.

“A transparent, independent and efficient judiciary and the separation of powers are essential for a functioning democracy that serves its people,” they said.

Amnesty International said Saied’s “attack” on the body was “a grave threat to the right to a fair trial”.

“If the president issues a decree to dissolve or suspend the institution, it will spell the end of judicial independence in the country,” said the group’s regional director, Heba Morayef.

It came hours after Washington – which has often given Saied the benefit of the doubt following similar moves – also expressed concern, calling an independent judiciary “a central element of an effective and efficient democracy”. transparent”.

“It is essential that the Tunisian government honor its commitments to respect the independence of the judiciary, as stipulated in the constitution,” State Department spokesman Ned Price said.

A month after taking power on July 25, Saied had given himself new powers that effectively allowed him to rule by decree and suspend parts of the 2014 constitution, a document he has since promised to replace.

His latest decision gets rid of a body that had the mandate to ensure the functioning of justice, maintain the independence of the judiciary and appoint judges.

On Monday, police blocked access to the council headquarters, preventing members and staff from entering.

The president of the body, Youssef Bouzakher, described the decision as “illegal”, and on Tuesday the Association of Tunisian magistrates declared that it was a “flagrant violation of the separation of powers” which would be ensured in a “democratic regime”.

The association also announced a strike by judges “in all the courts of the country on Wednesday and Thursday” as well as a demonstration in front of the council offices on Thursday.

Ennahdha said Saied’s decision showed he was “trying to take control of the judiciary to use it to eliminate his political rivals”.

Saied’s decision also drew criticism from the UN in Geneva, where High Commissioner for Human Rights Michelle Bachelet called it a “big step in the wrong direction”.

Dissolving the body “is in flagrant violation of Tunisia’s obligations under international human rights law“, she said.

She also pointed out that the creation of the judicial council in 2016 was considered a major step forward for the rule of law, the separation of powers and the independence of justice in Tunisia.

Bachelet denounced online hate campaigns and threats directed against council members, and called for all measures to be taken to ensure their safety. . — AFP