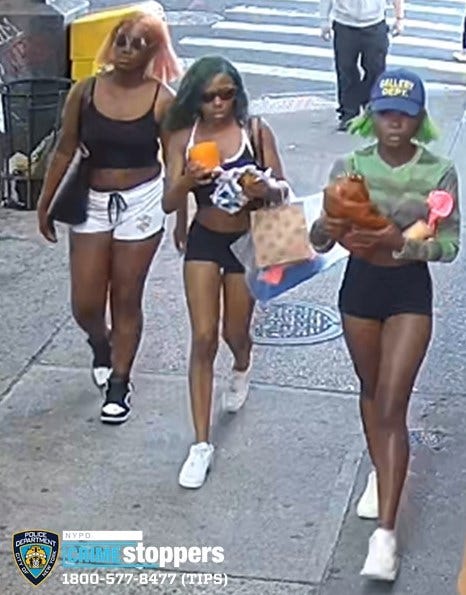 A third teenage suspect has been arrested in connection with an alleged hate attack on a 57-year-old white woman on a bus in Queens in July.

Queens District Attorney Melinda Katz on Wednesday announced hate crimes and other charges against Jahnaiya Williams, 19, of Jamaica, New York, for her role in the July 9 attack.

“As alleged, the defendant, along with two other apprehended individuals, carried out an unprovoked assault on a transit rider simply because of the victim’s race,” Katz said in a statement Wednesday. “I pledge to hold accountable those who perpetuate bias-motivated attacks on the people of the most diverse county in the world. The defendant is now charged with assault as a hate crime and will be held accountable for her alleged acts.”

Just before 7 p.m. on August 9, police said the three suspects approached the victim, a 57-year-old woman, who was riding the Q52 MTA southbound bus near Jamaica Avenue and Woodhaven Boulevard, and hit her on the head with an unknown object, causing a laceration and bleeding.

Surveillance footage apparently shows Williams, who was holding a shopping bag, looking directly at the victim and saying, “I hate white people.”

She also allegedly said she hated white skin and told the victim she would “kill” and “bury” her as the bus passed a cemetery, according to Katz’s office.

Williams and one of the juvenile suspects are accused of spitting at the victim, repeatedly hitting him in the head with a jar and punching him several times in the head when the bus pulled away stopped near the intersection of Jamaica Avenue and Woodhaven before fleeing on foot.

The victim was treated with staples to the laceration on her head after authorities transported her to a nearby hospital following the attack.

The New York Post identified the victim as Jill LeCroix, 57, who told the outlet that she has three biracial children, is a grandmother of five and currently works as a bartender. The woman recounted the attack to the newspaper, saying one of the green-haired teenage attackers started shouting that she ‘hates white people, the way they talk’ and accused her of being a fan of the former President Trump.

“The one with the green hair, she said she hated white people, the way they talk, hated white skin, the way their skin cracks. She said she was gangsta,” LeCroix told the outlet. , adding that she was on her way to visit her mother at the time. “I was the only white person on the bus. As we started to pass St. John’s Cemetery in Woodhaven, she started seeing me saying, ‘I’m going to bury you there!’ “”

LeCroix continued, “She had a bag from Bath and Body Works, and she pulled out a scrub and said she was going to beat me with it. It was tangerine. She said, ‘You’re gonna get what you merits! white people will get what they deserve. It was crazy.”

Audrey Conklin is a digital reporter for FOX Business and Fox News. Email tips to audrey.conklin@fox.com or Twitter to @audpants.