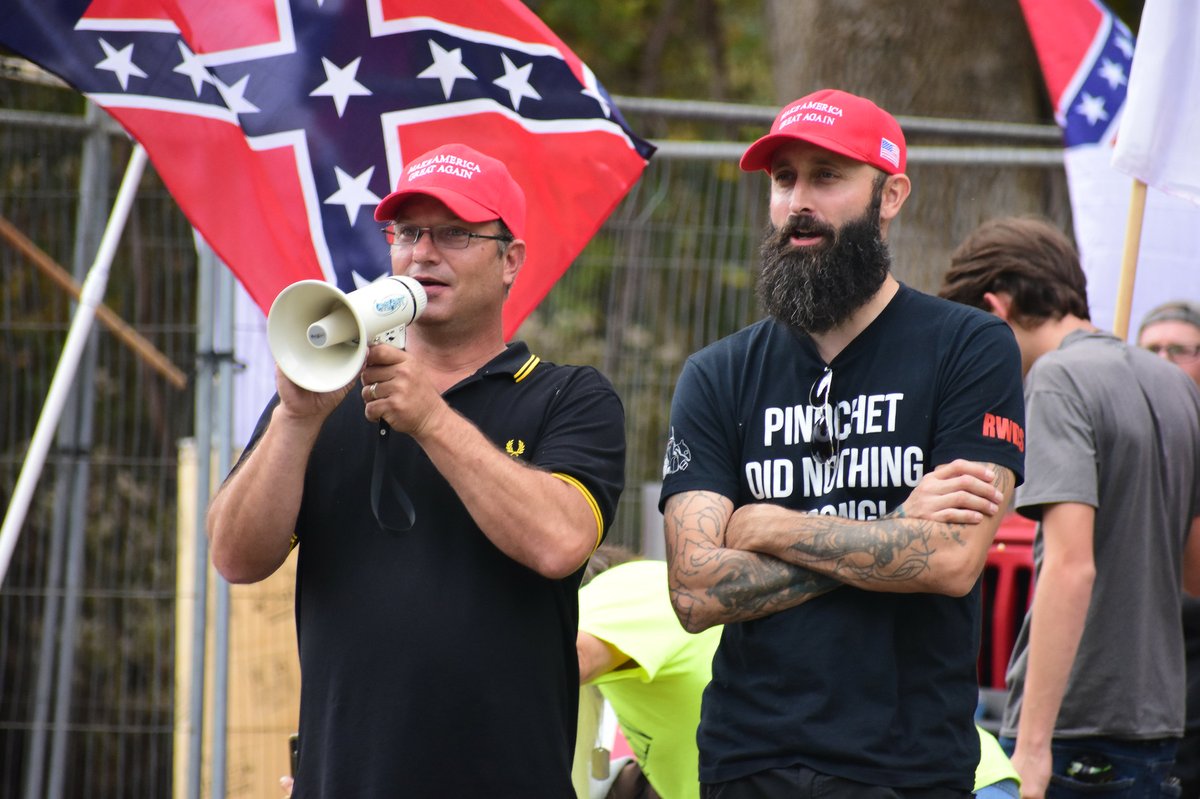 In 1977, a few years after Erwin Knoll had moved to Madison, Wisconsin, to become editor of The progressivea volunteer host of WORT-FM, the local listener-sponsored community radio station, has announced plans to interview, live, a spokesperson for the US Nazi Party.

On the day of the scheduled broadcast, a group of protesters burst into the station and smashed glass and equipment, preventing the interview. Knoll went to WORT to discuss the incident on air; he later recalled, “I found myself facing a young man from one of the self-proclaimed ‘revolutionary’ groups on campus, who said, ‘The only answer to Nazi talk is a lead pipe in the skull.’ ”

Knoll told the young man and his radio audience that “it was Nazi speech if I had ever heard of it”.

Knoll would know. He was a Holocaust survivor, having fled his native Austria as a young boy after the Nazis came to power. One of his earliest memories was seeing a local synagogue burn down. He saw “Für Juden Verboten” (“Forbidden Jews”) signs popping up in public places. Members of his family died in the camps. He understood as intensely as anyone the power that hate has to make people do terrible things.

And yet, there has never been a fiercer advocate for the protection of all forms of speech, including hate speech, or a firmer opponent of violence than Erwin Knoll, editor of the magazine for more than two decades, until his death in 1994. This often put him at odds with many others on the left, who were willing, like most people, to find some violence justified and some speech too awful to be tolerated, especially when they involve intolerance.

Yet Knoll’s absolutist position is integral to the mission of The progressive throughout its 113-year history. The founder of this magazine, Robert M. “Fighting Bob” La Follette, gave an astonishing speech in 1917 from the floor of the United States Senate entitled “Freedom of Speech in Time of War”. He said that “if every preparation for war can be used as an excuse to destroy freedom of speech and freedom of the press and the right of the people to come together to discuss peacefully, then we may well despair of meeting for a long period in a state of peace.

In my five years as editor of The progressive, I have always felt that I have no greater or more sacred trust than to be an advocate of these unpopular absolutes: freedom of expression and non-violence. I think I did an average job. During my tenure, the magazine, over the objections of some staff members, ran “commentary” articles opposing the violence that followed the police killing of George Floyd and warning against not consider that the bloodshed in Ukraine.

But there were other times when I chose not to fight for what I believed was right. One of those times happened this spring, involving a web post by regular columnist Mike Ervin.

Ervin’s article, “Exercising Free Speech to Be Free from Hate”, which ran on Progressive.org in April was about how a group of Yale students heckled a lecturer, Kristen Waggoner, who is the general counsel for the conservative legal defense group Alliance Defending Freedom and potentially had some nasty things to say about the LGBTQ+ people. Here’s how he started the play:

“I have been heartened to see that students continue to exercise their right to free speech by heckling and trying to yell at questionable speakers who are invited to their campuses. It gives me hope for the future. ‘coming. “

In the editing process, I cut out the phrase “trying to shout” so that the column doesn’t expressly advocate more than heckling, which is arguably a kind of speech. But I let it go without further comment, which I regret. I believe shouting speakers like these is, first of all, exactly what they want, and secondly, it means the things they have to say are so powerful and compelling that you can’t make trust others to hear and evaluate them.

Most people are prepared to find some violence justified and some speech too horrible to tolerate, especially when it involves intolerance.

While Ervin’s column, which could never have made it through Knoll, escaped me, it elicited two critical responses, which appear as comments on the article. One, from Timothy Nelson, chided Ervin’s crack on how when people have horrible things to say, “our appropriate response should be to engage them in civilized discourse?”

“Yes, Mike. That’s how it works in a civilized society,” Nelson wrote. “You argue, oppose, and counter ideas. You don’t intimidate or threaten. “didn’t adhere to the right agenda. They weren’t calling for violence against anyone. It’s the mob that threatens violence, directly or tacitly.”

Freedom of speech, Nelson continued, “is everyone’s natural right, not just people I agree with or like.” When the crowd decides who can be heard, then “you have declared that those who speak have no right to speak and those who attend have no right to form their own judgement”.

The second speaker, Gordon Burghardt, professor and subscriber to The progressive for more than fifty years, wrote for “strongly disagreeing that loudspeaker disruption is appropriate on college campuses”, which are meant to be spaces where different viewpoints are broadcast. “What’s unpopular changes over the years, of course, but the commitment to open discussion must be preserved in an open society.”

I asked Ervin, who I consider one of the best writers I’ve ever worked with, about those letters. He told me he thinks “their point of view comes from a very privileged position. I guess they were never asked to sit politely while their very humanity was debated. It’s very insulting to be put in this position.

Ervin told me that people with disabilities, like him, “are made to feel through the tyranny of politeness that they shouldn’t feel angry about the way they are being mistreated. Absurdity. The first step to ending this abuse is to feel rightly angry and speak it out loud and clear to those responsible. In his opinion, Yale students in this case “do not limit the limits of freedom of expression. They enlarge them.

I agree that the worst possible response to bad speech is silence. But the next worst response is to prevent others from being heard.

In fact, as was also the case during a 2016 campus protest against an appearance by conservative provocateur Ben Shapiro that I wrote about for The progressive, Yale protesters did not block speakers from being heard; they just made it a little harder.

Still, I think as a strategy, speech interruption is a bad idea. In the case of the Yale event, Wagoner had sufficient grounds to allege that some of the protesters “refused to allow others to speak.”

And it’s a talking point the right likes to have.

While the nonviolence espoused by figures such as Gandhi and Martin Luther King Jr. was integral to their success in helping to bend the arc of the moral universe toward justice, there are signs that it is fallen into disuse on the left, because it has long been on the right.

I was told that it was not for me to tell others how to protest. I’ve heard that some speech is not eligible for protection, a trick accomplished by saying “that’s not speech, that’s hate speech.”

I do not agree. Although speech sometimes incites violent action – just look at what happened on January 6, 2021 – I think the two things should be treated separately. That’s what it means to have an absolute commitment to free speech.

It is not easy to defend the right of others to say hateful things or to tell someone that violence is never justified even if violence rains down on them, but that is what the tradition of this magazine and Knoll’s example compels us to do – to say “no” without exception. War is never right. Killing is never the right thing to do. Suppressing speech is always a mistake.

Those of us who consider ourselves “progressive” should tell people on our side at every opportunity that if we don’t have the self-control to go to a conference without yelling at others or a demonstration without break things and hurt people, so they should stay home.

I call this new column “First Things First” because that’s the title of the chapter in my 1996 biography of Erwin Knoll, An Enemy of the State, about his absolute commitment to free speech. He noted that, in his standard First Amendment speech, he would give examples to his audience.

“Can you honestly say that you haven’t come across a news story or an editorial or an opinion column that you wouldn’t have gladly taken down if you had the power?” he would ask. “I’m glad you don’t have that power.” I’m even happier not having this power.

But, in fact, we all have the power, in certain circumstances, to block the expression of others. Using this power and abusing it are exactly the same thing.