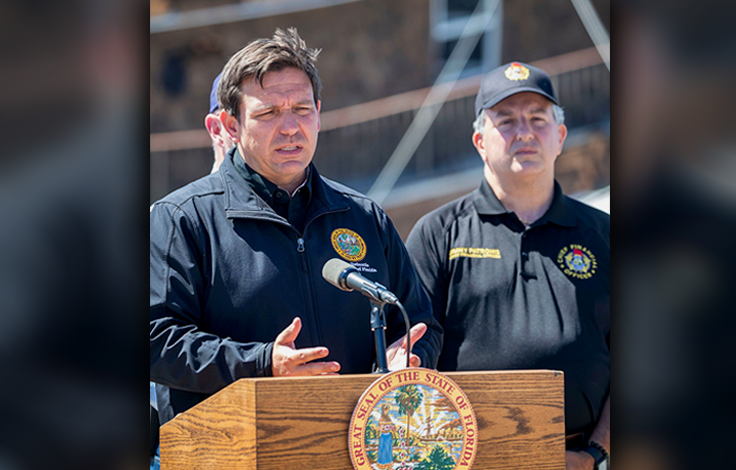 The media crusade against Ron DeSantis hits a new low

What is happening: Mainstream journalists and other partisan Democrats hate Ron DeSantis.

• He is a Republican. He is popular. There’s even a chance he could prevent Donald Trump from winning the GOP presidential nomination in 2024, which would be bad for the ratings.

• They need Trump to run again. This is the only way to satisfy their depraved masochistic desires for psychological torment and emotional abuse.

• Journalists and pundits are desperate to undermine DeSantis by covering Hurricane Ian as Hurricane Katrina. it’s not going so well. The media’s anti-DeSantis crusade hit a new low on Monday with the publication of this some call “the dumbest fucking thing” the Politics news blog was never published.

TALLAHASSEE, Fla. — Gov. Ron DeSantis has been a persistent critic of President Joe Biden on nearly every political front as he heads toward a likely 2024 potential presidential bid. But the Florida Republican loves one thing about the president: his wallet.

Dixon goes on to quote a Democratic state lawmaker who suggests the governor’s criticism of Biden is “politically motivated.” The next paragraph explains that “All governors ask the federal government for assistance after a major natural disaster, regardless of who is in the White House.”

You do not say.

The big picture: Do you remember when the media reported on all the hypocritical Democrats who criticized Trump but did not complain when the feds funded their priorities? Nope? It’s because our nation’s reporters were too busy cheering on a Democratic Governor, Andrew Cuomo, who ultimately resigned in shame over a barrage of sexual harassment allegations.

The bigger picture: It’s almost as if journalists treat Republicans and Democrats differently.

Go further: Here’s what the Lincoln Project, a super PAC founded to restore honor and civility in politics, did while DeSantis led the recovery effort in his state.