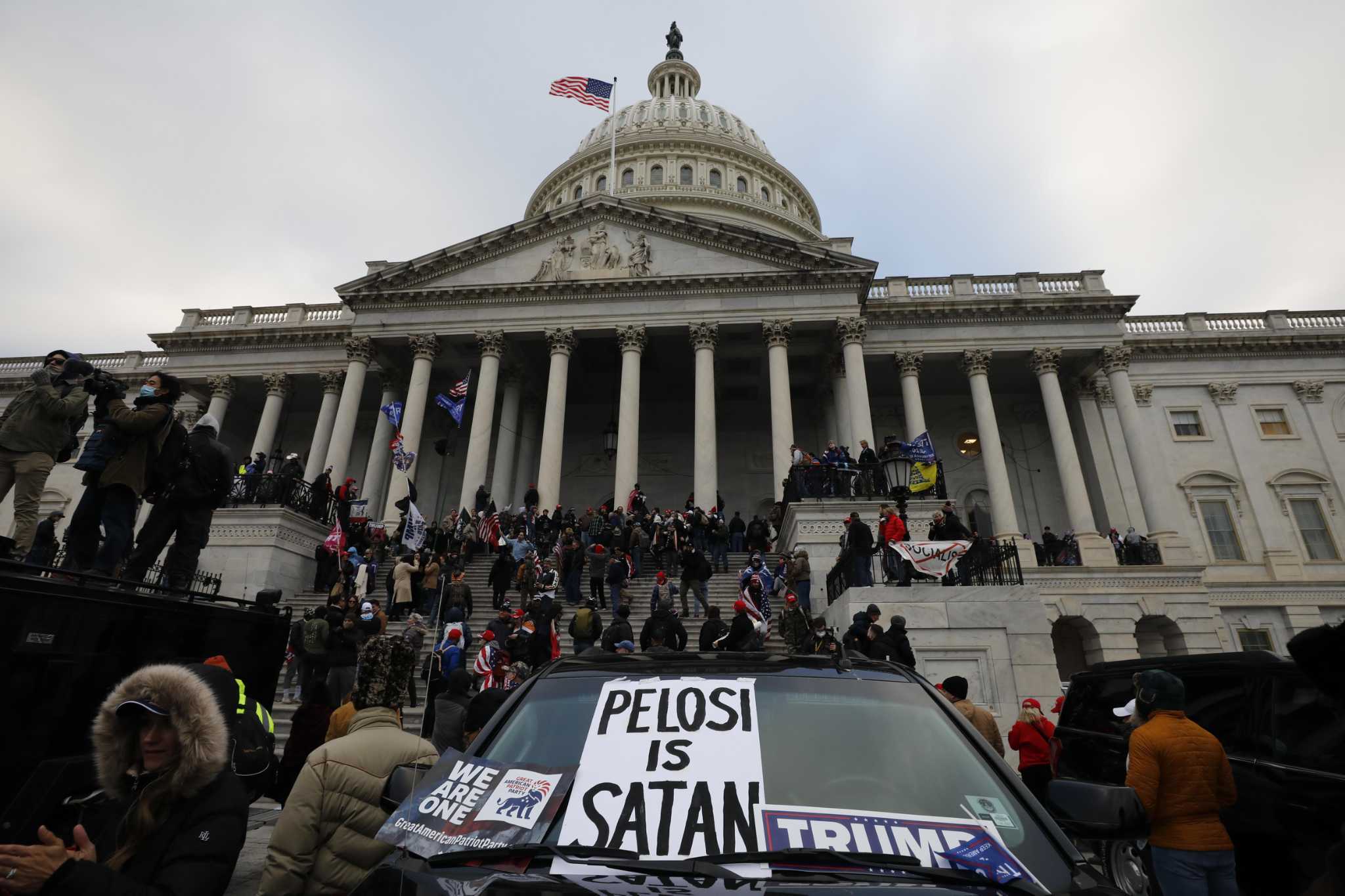 The insurgents’ love-hate relationship with the Internet

You will not publish your illegal activities online! Isn’t that one of the commandments of social media? Otherwise it should be.

Obviously, those who stormed the Capitol on January 6 must have missed this trick, and as a result of the rampage the internet has become one of law enforcement’s go-to resources for identifying and tracking down insurgents. .

Besides the massive physical crime scene, the images shared on social media and the information on cellphones have left a huge digital crime scene. And luckily, there are a lot of people out there willing to mine the data to help deliver justice.

It is a study of contrasts. Imagine computer gurus, data scientists, concerned citizens and everyday Joes in a virtual battle royale against a red hat mob who donned bulletproof vests, wrapped themselves in flags and attacked police officers with sticks, hockey sticks, baseball bats and bear spray.

On ExpressNews.com: “A Hall of Mirrors”: SA Cyber â€‹â€‹Gurus Speak Out on Judson ISD Hack

Think of technicians looking at computer screens full of images from that day. The bright light plunges them into a troubled sea of â€‹â€‹myths and lies. The manic waving of the flag is reminiscent of medieval hordes storming a castle, old political rallies, 19th century battles, or maybe even an ISIS propaganda video.

So far, authorities have indicted 43 Texans for their role in the assault that left 5 dead and at least 140 police officers injured. Texas has the third highest concentration of mob members charged in the country behind Florida with 49 and Pennsylvania with 45.

At least 9 of the Texans arrested are from the San Antonio area, and authorities have used location data from social media or cell phones in most of these cases.

Here’s a look at how the technology helped bring together the locals involved in the insurgency, according to the U.S. Attorney’s files for each case:

Grady Douglas Owens and his father, Jason Douglas Owens, are from Blanco. Police body camera footage reportedly shows young Owen hitting an officer with a skateboard and the older pushing another officer. The duo also appear in a video a protester posted online.

Police used posts on Facebook, Talk and Twitter, as well as text messages and footage from security cameras, to identify Elizabeth Rose Williams of Kerrville.

Matthew Carl Mazzocco, of San Antonio, pleaded guilty on July 2 to an insurgency-related charge. He posted videos of himself on Capitol Hill Jan.6 on TikTok and Facebook.

And authorities tracked down Alex Kirk Harkrider of Converse from posts on Facebook and Snapchat.

But the Internet is a fickle domain which gives and takes at the same time. Now, it helps at least one of the protesters raise money after losing his job after bragging about being on Capitol Hill on January 6.

Bexar County Sheriff’s Office Sacked Lieutenant Roxanne Mathai, 46, on June 11, for “participating in a demonstration which turned into a riot on the Capitol.” Mathai posted selfies and photos from the Capitol grounds, but claimed she did not enter the building or knew rioters were attacking police. In an article, she wrote “Apart from my children, it really was the best day of my life”.

About five months ago, someone set up a Mathai profile page on Givesendgo.com, the â€œ1 Free Christian Crowdfunding Siteâ€, to help â€œrestore Roxanne’s nameâ€, raise money for offset legal fees and â€œstart a prayer chainâ€.

Givesendgo is like Gofundme with a touch of religion. He claims to be “the leader of Christian fundraising”. Apparently that’s one thing. And over 100 people donated $ 7,161.

The donor comments are full of messages like this one from an anonymous contributor: â€œGod bless Lieutenant Roxanne Mathai. Sheriff Javier Salazar should be ashamed of his conduct.

And this from someone nicknamed 1A Supporter: â€œI’m so angry that this ‘sheriff’ has abused his discretion and his office. You have a civil rights lawsuit. Among the many rights of the First Amendment is freedom of association.

You can imagine where those comments go from there.

We can thank social media for identifying so many people who broke laws on Capitol Hill on January 6, and we should also blame him – in part – for the insurgency, riot, violation, siege, la manifestation or whatever you want to call it.

The police using technology to investigate and build their files is not newsworthy. But the fact that those involved have posted their actions so freely is something we should be thinking about.

Were they so confident that they didn’t worry about the potential consequences? Didn’t they care? Did they think the insurgency would work? Or was it just about the pictures?

And that is perhaps the scariest thing in all of this. These photos and memories are not going away anytime soon. They should not. They have their place in history lessons and lessons on the fragility of democracy.

Unfortunately, those who think this day was justified are also hanging on to the photos. They are part of an alternate story and narrative that we need to be wary of.

Fortunately, the Internet has a long memory.

Brandon Lingle writes for the Express-News through Report for America, a national service program that places reporters in local newsrooms. ReportforAmerica.org. brandon.lingle@express-news.net