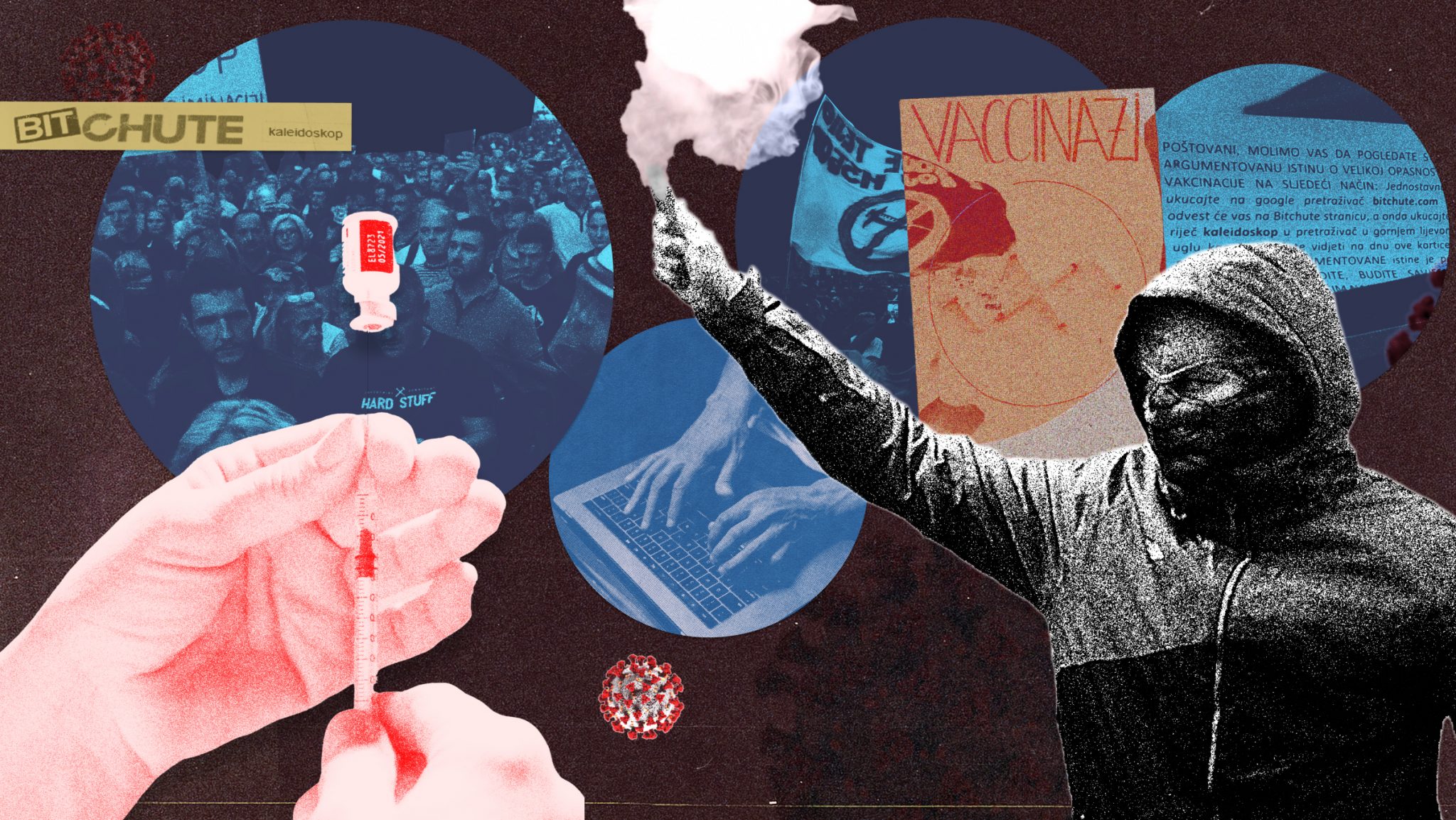 Shortly after the leaflets appeared in Sarajevo, a Serb by the name of Milos Dragicevic posted a photo of one of them on his Facebook profile as well as a link to the Kaleidoskop channel created a while ago. more than a year. The channel contains over 90 videos with a total of over 800,000 views.

Contacted by BIRN, Dragicevic said he did not know who was distributing the leaflets but that they had their full support. His Facebook profile contains a number of posts against COVID-19 vaccination and denying the existence of COVID-19. Besides the Kaleidoskop link, Dragicevic has shared content from BitChute on two other occasions.

The videos, flagged as disinformation by the Bosnian fact-checking page Raskrinkavanje, were also channeled to Dokumentarac.hr, a portal created last year in Croatia to “document clear and truthful facts and information”. The portal has so far shared around half of all of the Kaleidoskop channel’s video content on BitChute.

When posting content, Dokumentarac.hr leaves the original link to the BitChute page. The articles published on the portal were signed by Vigor Colnar, Nina Topic and Mirsad Dubravic.

BIRN contacted Dubravic and asked if he knew who edited the Kaleidoskop page and why he posted to support the protests against COVID-19 restrictions. He replied, â€œI can only sincerely wish that you seek the truth and the facts and be objective in these sensitive times. “

On his profile, Dubravic shared photos of an event in Zagreb, the Croatian capital, under the banner “How to be human and stay free when they try to deprive us of our humanity and our freedom?”, Hosted by the rights and liberty association. Initiative and who called for a mass demonstration in the city.

The Initiative’s coordinator is Marina Cecura, who is listed as a translator of videos posted on Kaleidoskop. Cecura did not respond to requests for comment.

Dubravic’s profile also contains articles questioning calls for greater LGBT rights, while Cecura compared the so-called â€œCOVID passes,â€ required in some countries for a person to use a range of LGBT rights. companies, to the â€œAryan certificatesâ€ required of all public sector employees. in Nazi Germany. Similar claims have been made during protests against COVID-19 across Europe, some of which have turned violent.

Professor Matthew Feldman, director of the UK-based Center for Radical Right Analysis, CARR, said radicals from all walks of life participated in such protests – not just radical right-wing extremists. Some participants, he said, wear the yellow star that Jews were required to wear in Nazi Germany to express their opposition to vaccination, a gesture which critics say trivializes the Holocaust: â€œIf you can choose whether or not to wear a yellow star in public – without fear of murder or slavery, as during the Holocaust – so the comparison to anti-Semitic persecution is not only misleading, it is foolish. “

â€œYou may have different views on COVID, but to say that it is comparable to Nazism is silly,â€ Feldman told BIRN. â€œEspecially the countries which knew the occupation by the Third Reich, like the former Yugoslavia. People may have their own opinions, but comparing it with totalitarianism is simply historically ignorant and helps the far right to whitewash their ideas. “