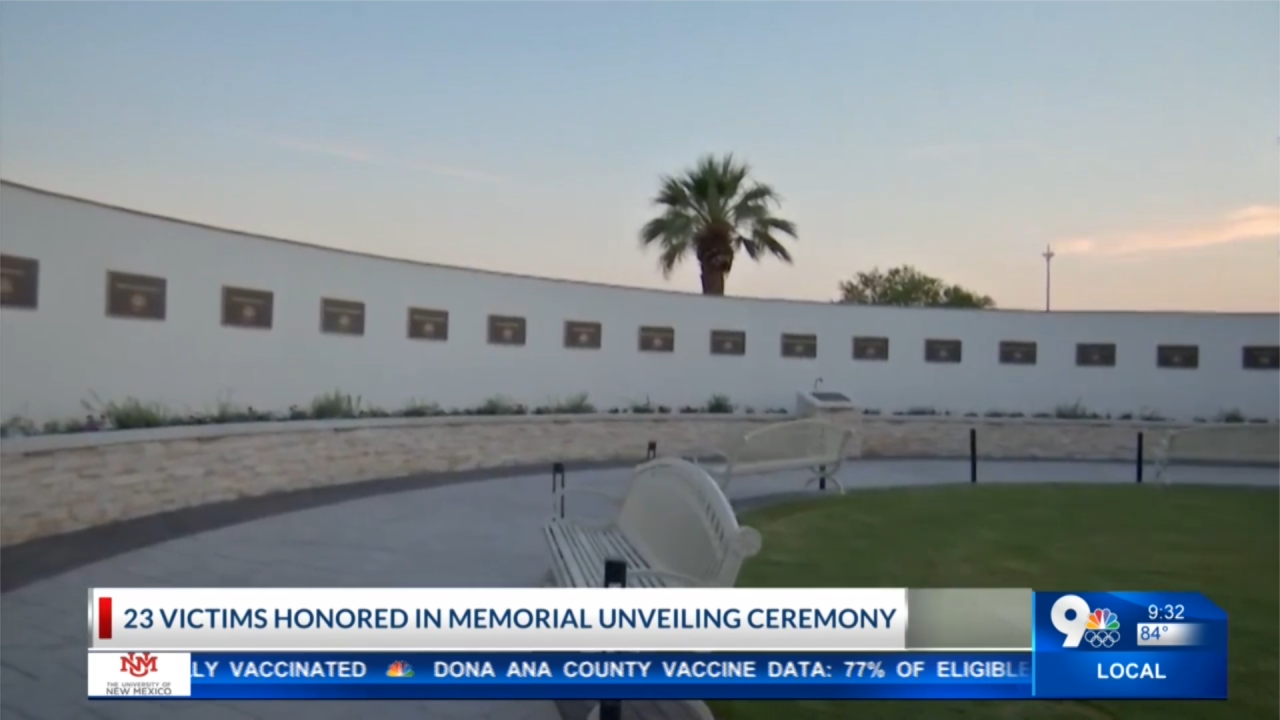 “My bill will designate the El Paso Healing Garden at Ascarate Park in El Paso, Texas as a national memorial and help ensure that our country honors the 23 innocent lives we lost in the attack on El Paso on August 3, 2019.

I rise today for my bill, but also in memory of the 23 souls who were killed by a domestic terrorist. I stand for the other 22 victims who were injured in the attack. And I stand up for their loved ones – their families, their friends and for an entire community cradled in white supremacy.

“The morning of Saturday August 3rd, 2019, a 21-year-old gunman drove more than 11 hours and hundreds of miles to El Paso. He used an AK-47 and opened fire on a busy Wal Mart while families shopped for groceries and school supplies. He killed couples, grandparents, siblings, new parents; his youngest victim was only 15 years old. It was the deadliest targeted attack on Latinos in modern American history.

“The weapon he used wasn’t just meant to kill – an AK-47 rips flesh, bone and arteries to shreds. Most attack survivors don’t just live with physical agony Incredibly, they also have to bear the financial consequences of ongoing surgeries and medical care.

When he turned himself in, the domestic terrorist confessed to police that he had traveled to El Paso to massacre Mexicans and immigrants. He posted a screed online just before the massacre, and in it he cited the Great Replacement anti-immigrant theory and xenophobic hate speech, saying he was fighting what he called “the invasion Hispanic from Texas”.

“It is the same language, the same theories, the same hatred and the same racism that we still hear today from right-wing public figures, and from the former president, whose favorite scapegoats are always vulnerable immigrants.

“These people should have seen that their words had power. Unfortunately, instead of learning from this tragedy, racists and white supremacists have become emboldened. And why wouldn’t they be? They are being radicalized nightly by a national media disguised as “news” circulating unchecked, their talking points openly repeated by leaders here in the halls of Congress.

“Our safe, loving and welcoming community, a community of goodwill, is seen as a threat by people who have hate in their hearts. And the language of hate draws a target on the backs of the most vulnerable. And on August 3, El Paso paid the price.

“El Pasoans, however, came together immediately after the shooting and we did what we do best: take care of each other, stick together, stay in love. We represent the best of America, and El Pasoans continues to be a source of great hope for me.

“El Paso is strong. We are resilient, but we deserve justice and recognition.

“I am honored to help ensure that what happened in El Paso will not be forgotten – anywhere, in any corner of our country. That we remember every victim and work to avoid other tragedies.