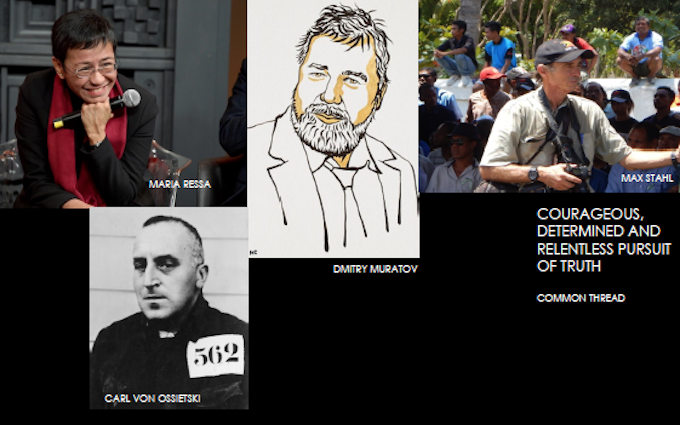 The challenges of journalism education ‘truth’ in an era of growing hatred, intolerance and disinformation

IN RESPONSE to the escalation of the COVID-19 coronavirus pandemic in mid-February 2020 came a warning from the Secretary-General of the World Health Organization (WHO), Dr Tedros Adhanom, who said that â€œwe let’s not just fight an epidemic; we are fighting against an infodemic â€. He added that fake news “spreads faster and easier than this virus.”

The following month, in March 2020, UN Secretary-General AntÃ³nio Guterres identified the â€œnew enemyâ€ as a â€œgrowing wave of disinformationâ€. However, the term â€œdisinfodemicâ€ – which I much prefer – was adopted by the authors of a guidance note for UNESCO to describe the â€œlies that fuel the pandemicâ€.

This disinfodemia quickly led to upheaval in many countries – including Australia and Aotearoa in New Zealand over the weeks with protests, civil disobedience and attacks on health officials, medical staff and frontline workers.

Such assaults and violent clashes have taken particularly nasty turns in some of our neighboring micro-states in the South Pacific – notably Fiji and Papua New Guinea, the largest countries and economies in the region.

Papua New Guinea has a population of nine million with great economic disparity between the 84 percent of the rural population and the squatter communities in urban areas and the elites who profit from the wealth of the industries of extraction. Fiji has a population of just under a million.

Both countries have been epicenters of the virus in the Pacific.

Last month, PNG medical authorities were forced to abandon mobile health clinics and teams of health workers conducting COVID-19 vaccination and awareness programs due to the increasingly risky attacks against they. An ambulance team was attacked.

Tensions of disinformation
As early as last July, journalists in Papua New Guinea had warned of growing tensions over misinformation about COVID vaccines and the lack of clear communication from health authorities. Rebecca Kuku, writing in The Guardian, quoted Caritas aid representative Diane Unagi, saying: â€œWhen messages are not communicated properly, it increases the risk to public health. People avoid being tested because they fear being locked away when they hear the word “isolation”.

However, University of Waikato anthropologist Fraser Macdonald points out an even more fundamental underlying factor. Millions of Papua New Guinea, he says, are not getting vaccinated against COVID because they are “terrified of this particular vaccine.” He maintains that it is “not a question of ‘vaccine hesitation’, but of an opposition in its own right, of a real antipathy”. The main difference is the cultural context.

In recent weeks, there has been a concerted attempt by the PNG Council of Churches, including mainstream denominations such as the Catholic Church, to curb the so-called â€œsinisterâ€ beliefs about the vaccine held by many. Sir John Cardinal Ribat, for example, has been described as a champion of COVID-19 and has been at the center of a â€œLove thy Neighborâ€ ad campaign with a message of compassion and trust.

Much of his recent consultancy work in countries such as Timor-Leste and PNG has involved conducting fact-checking workshops in Asia-Pacific, essential in the age of disinformation and conspiracy theories. He notes in a message to me: â€œThe lack of fact-checking expertise both within official government authorities and the media in general has become a huge problem.

â€œMy observation comes from my experience in February / March 2020 when I flew to Timor-Leste, supported by UNDP and the very active Timor-Leste Press Council to help organize the first fact-checking training of the country. country for 38 journalists and NGOs. Today, Timor-Leste has one of the region’s highest press freedom rankings. “

So why, asks Howarth, isn’t the basics of fact-checking part of journalism training at our universities and colleges?

“No jab, no job” lawsuits
In Papua New Guinea, as the crisis worsens, after protests in Port Moresby and Lae dissolved, the National Capital District Commission workers union took legal action against their employers, challenging the legality of the â€œno blow, no workâ€ policy in the capital. .

Although these developments have been concerning, particularly in PNG where the Johns Hopkins University covid-19 tracker shows that just 2% of people are vaccinated against the virus and that there are 34,846 cases and 542 deaths. Widely under-reported, New Zealand is also struggling. with its own misinformation issues.

In recent weeks, thousands of people have gathered in violation of COVID-19 restrictions and public health measures to protest lockdowns and vaccination warrants. Prime Minister Jacinda Ardern called the protests “manifestly illegal” and “morally reprehensible”. However, as The conversation commented in a recent analysis on the balance Prime Minister Ardern needs to defend the freedoms protected by the 1948 Universal Declaration of Human Rights: â€œDemonstrating is part of Aotearoa’s identity. New Zealanders protested against poverty, war, nuclear weapons, gender inequality and loss of Maori land and customary rights. Several protests – including those against the 1981 Springbok [rugby] tour – have divided the nation.

On November 9, during an anti-vaxxer protest march in Wellington on the beehive, a symbol of democracy in New Zealand, there were scenes reminiscent of Donald Trump’s supporters – albeit peaceful – as they approached. the storming of the United States Capitol in Washington on January 6. Write in The spin-off, editor Toby Manhire commented on what he described as a “new, ugly and dangerous” side of New Zealand. He wrote: â€œThe government and the media have been variously decried over such signs as Nazis, Communists, tyrants, terrorists, rapists and murderers. He added sarcastically, “Unfortunately there is no vaccine against brainworms.”

Coordinated social media campaigns and harassing email threats or phone calls to journalists or scientists are nothing new. Such campaigns have been prevalent in many jurisdictions, such as the United States, on topics such as climate change, immunization, and the effects of gun violence. However, a recent survey of Nature magazine found that two-thirds of researchers surveyed reported negative experiences following their media appearances or comments on social media. And, worryingly, 22 percent had received threats of physical or sexual violence.

Violent trajectory
The project’s latest report, from August 17 to November 5, showed an “unprecedented and violent trajectory of growth and spread that is increasing, widening and deepening every week.” Much of the content that presented the COVID-19 response as a fight between the individual and the “traitor” state had been repackaged from US and Australian sources.

The challenge faced by many communication programs and schools of journalism located in universities or higher education institutions is what to do in response, how to deal with the pressure of an ever-growing health and science program. evolution, the deluge of disinformation, and also the faster than expected escalation of climate catastrophe.

One of the answers is greater specialization and advanced programs rather than relying solely on generalist strategies and expecting graduates to fit neatly into already set up writing boxes. The more universities can do to equip media graduates with advanced problem-solving skills, the more adept they will be at developing advanced ways of reporting on the pandemic – and other probable pandemics of the future – challenging the merchants of disinformation and reporting on the climate crisis.