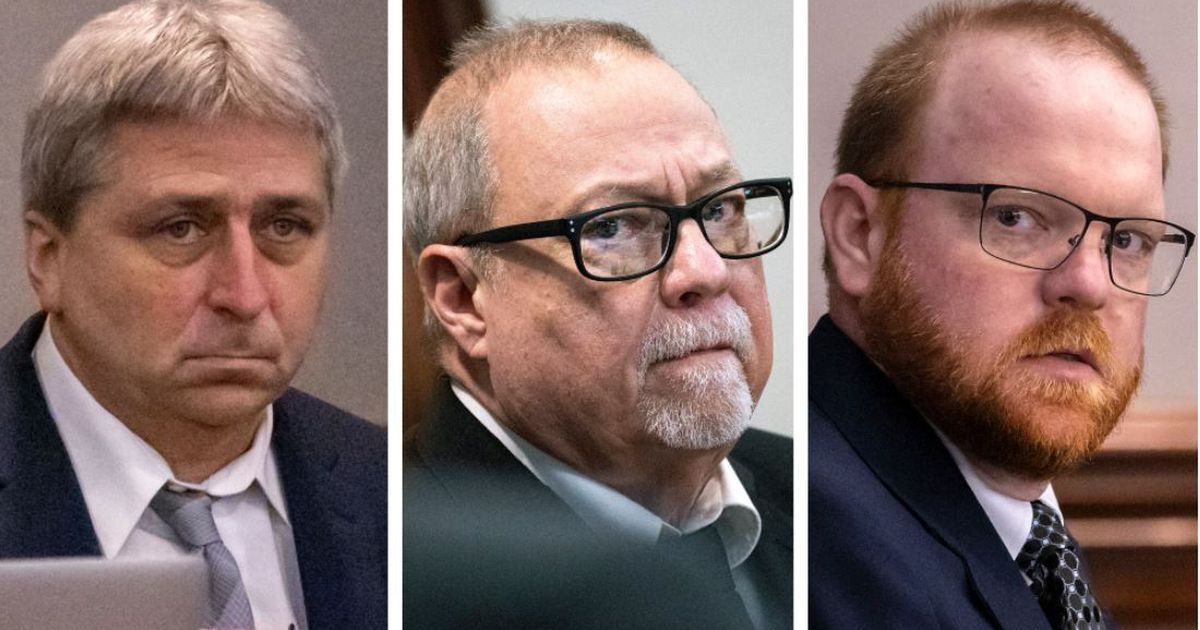 He described the Satilla Shores neighborhood just outside of Brunswick as a typically quiet housing development. Some neighbors had posted information about car break-ins on the neighborhood Facebook page, but Allcott said he and his wife weren’t really concerned about crime. They generally removed all valuables from their cars and locked their doors.

“I didn’t feel particularly threatened by it,” he said.

But he became emotional as he described the events of that afternoon. After the shooting, he watched and listened to the three men being questioned by police just outside his house.

His garden had become a crime scene. There was blood and casings in his grass near the road and Travis McMichael laid his 12-gauge shotgun in the yard after killing Arbery at close range.

In this image from a video posted to Twitter on Tuesday, May 5, 2020, Ahmaud Arbery trips and falls to the ground after being shot as Travis McMichael stands holding a shotgun in a neighborhood outside of Brunswick, in Georgia on February 23, 2020. 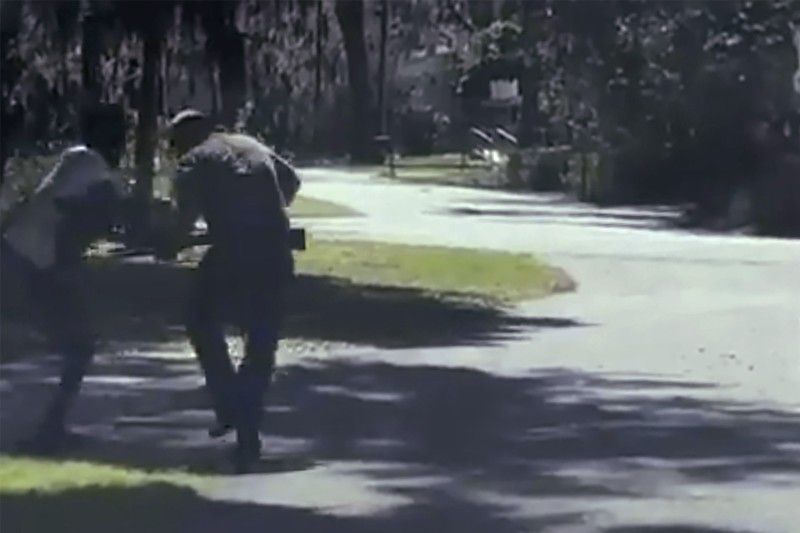 In this image from a video posted to Twitter on Tuesday, May 5, 2020, Ahmaud Arbery trips and falls to the ground after being shot as Travis McMichael stands holding a shotgun in a neighborhood outside of Brunswick, in Georgia on February 23, 2020.

Allcott’s testimony marked the first time jurors saw images of Arbery’s lifeless body, covered in a sheet, his Nike running shoes sticking out on the road. Allcott described how Travis McMichael sat on a raised flower bed in his yard. Greg McMichael, he said, called someone as the 25-year-old’s body lay nearby.

“I was surprised he was allowed to make a phone call from the scene,” he told Lyons. He said none of the defendants seemed particularly concerned about the young man lying dead on the road.

In the days that followed, Allcott hosted Arbery’s family to place a memorial in their yard.

“I felt guilty that it happened outside my house,” he said. “What do you say to a family who lost their son this way? »

Prior to filming, Allcott enjoyed jogging around his neighborhood. He lived a few houses from Bryan and sometimes passed the McMichaels on his errands. 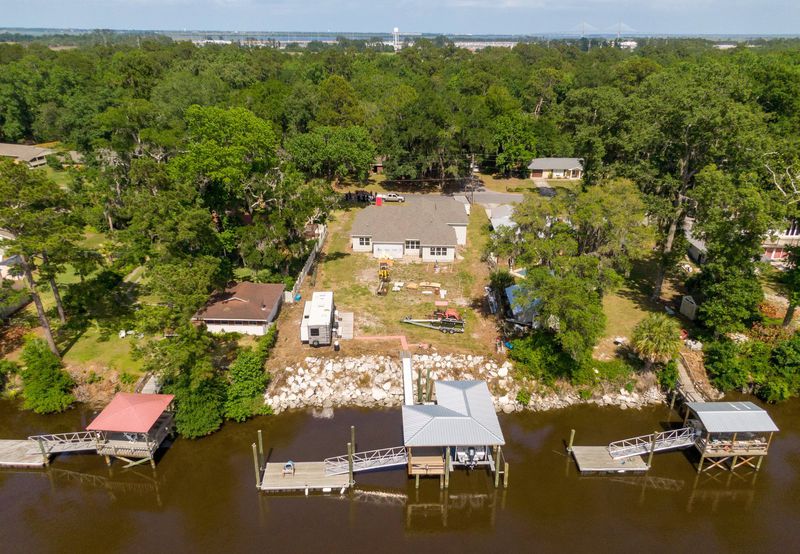 He and his family had lived in Satilla Shores since 2013, but moved in late 2020, months after Arbery’s murder. Allcott said he “sees these images every day,” every time he comes and goes.

“Home was not the same after that day,” he said. “It wasn’t like home anymore.”

Jurors also heard from two other witnesses Tuesday morning: Matt Albenze, the neighbor who called police on Feb. 23, 2020, after seeing Arbery enter a vacant home under construction; and Glynn County Police Sgt. Sheila Ramos, who photographed evidence at the scene later that day.

Images shown in court included photographs of Ramos of Arbery’s lifeless body, gaping wounds on his torso and his white t-shirt stained red with his blood.

Travis McMichael seemed to avoid looking at the images displayed on the monitor directly in front of him.

As he testified at the state trial, Albenze said he didn’t call 911 because that day because “it wasn’t an emergency.”

“It was just a guy in the house,” he told prosecutors.

Albense also described Arbery’s “long strides” as he left the vacant house and turned right, running further into the neighborhood for what would be his final jog.

“It looked like he was running in slow motion towards me,” Albense said.

Albense had his pistol in his pocket as he stood outside the house and called the non-emergency line. But he never pulled it out or chased Arbery as he ran down the subdivision.

“Why didn’t you do any of this?” asked prosecutor Bobbi Bernstein.

The afternoon was dominated by testimony from GBI agent Richard Dial, the agency’s lead investigator on the case.

Jurors saw three versions of Bryan’s cellphone footage: the original, one that was slowed down, and a third that had been digitally enhanced. Prosecutors also presented a digital recreation depicting Arbery’s final minutes as he was chased through the neighborhood by the three men in pickup trucks. The evidence included a combination of 911 audio, surveillance footage, and Bryan’s cellphone recording.

The McMichaels claim they sued Arbery because they saw him on surveillance video inside the vacant, unsecured home. Arbery lived less than two miles from their neighborhood and visited the property five times in the weeks leading up to his murder.

From the podium, Dial told Bernstein that Arbery enjoyed running “pretty much every day,” but never took anything or damaged any property as he walked around the house.

A juror appeared to wipe away tears on Tuesday as video of Arbery falling dead in the street played repeatedly outside court. Sitting in the front row, Arbery’s mother, Wanda Cooper-Jones, clenched her fists as the footage aired.

Jurors also saw video of Greg and Travis McMichael’s interviews with police at the scene that afternoon and later with Glynn County detectives, who never arrested the men. Bernstein noted several inconsistencies in Greg McMichael’s statements to police and was quick to point out that the former law enforcement officer had repeatedly mentioned that the .357 revolver he was carrying that day- there was a Glynn County police weapon.