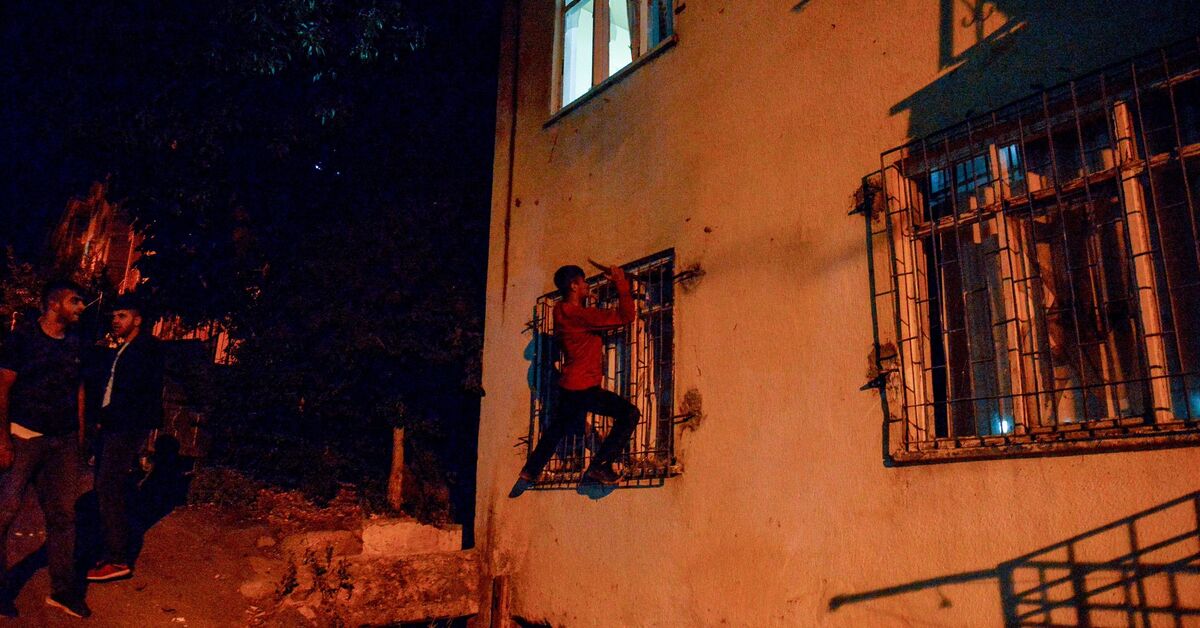 Fear is mounting among Syrian refugees in Turkey amid growing hate speech and killings targeting them.

Istanbul alone witnessed two separate murders of two young Syrians in the space of a month. The bodies of the young men were transferred to Idlib province in northwestern Syria.

On June 14, social media activists released a video showing the murder of Sultan Abdul Baset Jabneh a day earlier in Istanbul’s Taksim district, after Jabneh was stabbed outside his shop in Taksim.

On June 6, six young Turkish men killed Sherif Khaled al-Ahmad, a 22-year-old Syrian refugee, in Istanbul’s Bagcilar neighborhood. Hours before he was shot and killed, Ahmad told his friends he was going to propose to a woman he was dating. He also told them that he was bored with life in Bagcilar where he was residing and was considering returning to northern Syria or even crossing to Europe, a far-fetched dream for many Syrian refugees.

In another attack on Syrian refugees in Turkey, Leila Muhammad, 70, was punched in the face and insulted in Gaziantep on May 30. caused widespread anger on social networks, with many Syrians in Turkey expressing their solidarity with the elderly woman. The incident also sparked an outcry within Turkish civil society, with dozens of women’s rights and human rights groups condemning the incident.

A Syrian refugee from Douma in the Damascus countryside currently residing in Istanbul’s Fatih district told Al-Monitor about the increasing number of attacks against Syrians in Turkey. This person spoke under the pseudonym of Ahmed al-Ghoutani for fear of being expelled.

“Incidents against Syrians are repeated all over Turkey, especially in schools and workplaces. Hate speech and racism are currently at an all-time high, especially by political parties inciting against Syrian refugees,” he said.

Ghoutani said he was not spared racist incidents at his workplace at a cafe in Fatih.

The Turkish man was annoyed and told Ghoutani that one day they (Syrians) will have to leave Turkey and their occupation of the country will be over.

“I got used to it. This is one of many incidents that I remember. But there are dozens of daily encounters that I experience, although I try to be very nice to Turks more than to Arabs, and I offer them coffee just to show them Damascene hospitality. Unfortunately, nothing seems to work with them. There is an indescribable hatred towards Syrians, and I would like to know where it comes from,” he said.

“When I close my shop at night, I’m afraid of suffering the same fate as the young people who were killed in Istanbul for racist reasons. The authors are never held responsible. There’s always a reason for what they did, including that [the perpetrator] is mentally ill or it’s a normal thing. This is really unacceptable from the Turkish government and people here. There is too much hate in the street,” he added.

“When I return home, I learn that [our] data, address [as Syrian refugees] needs to be updated due to issues in the system…that appointments [for certain procedures] were not booked or that my temporary protection card was suspended,” he said.

Ghoutani continued: “My wife and I’s temporary protection card was canceled because we live in an area [that is not covered by this card]. We try to rent a house in another neighborhood, but in vain, simply because we are Syrians. A few days ago, I contacted a person who had listed a house for rent at full price. But the Turk said we were Syrians and he didn’t rent to Syrians.”

He added, “I only care about renewing my temporary protection ID card, and my address needs to be verified for that; otherwise, my wife and I will be expelled. I have small children. … The situation has become unbearable, and I hope that the border with Europe will be opened so that I can leave Turkey as soon as possible.

Mulham Obeid, a 20-year-old engineering student at Gaziantep University, originally from rural Aleppo and currently residing in Gaziantep, told Al-Monitor: “A few days ago, on returning home from work in a fabric factory in the industrial district of Gaziantep, young Turks tried to kill me only because they asked for a cigarette and I told them that I had none. They asked me if I was Syrian. When I didn’t answer, they took out knives. I did not know what to do. I gave them all the money I had. It was so scary.

When asked if he had reported the incident to the police station, Obeid replied, “Why? To be deported? To be Syrian [in Turkey] has become a crime.”

He added: “I face racism from Turkish youth almost daily, not to mention that the employer pays me a salary as he pleases and refused to get me a work permit. If the authorities find out, I’ll be the culprit. But I couldn’t find any other job.

Incitement against Syrian refugees in Turkey has increased amid questions about the objective behind this incitement which threatens Turkey’s stability and economy. Meanwhile, the Turkish government continues to make decisions and impose restrictions on Syrians that many observers describe as a way to put pressure on Syrian refugees inside Turkey.

Among these decisions, the government has restricted the right of Syrians to temporary protection and residence while restricting their presence in certain parts of the country. Such moves could fall under Turkey’s use of the Syrian refugee issue as a political card in general elections slated for next year.