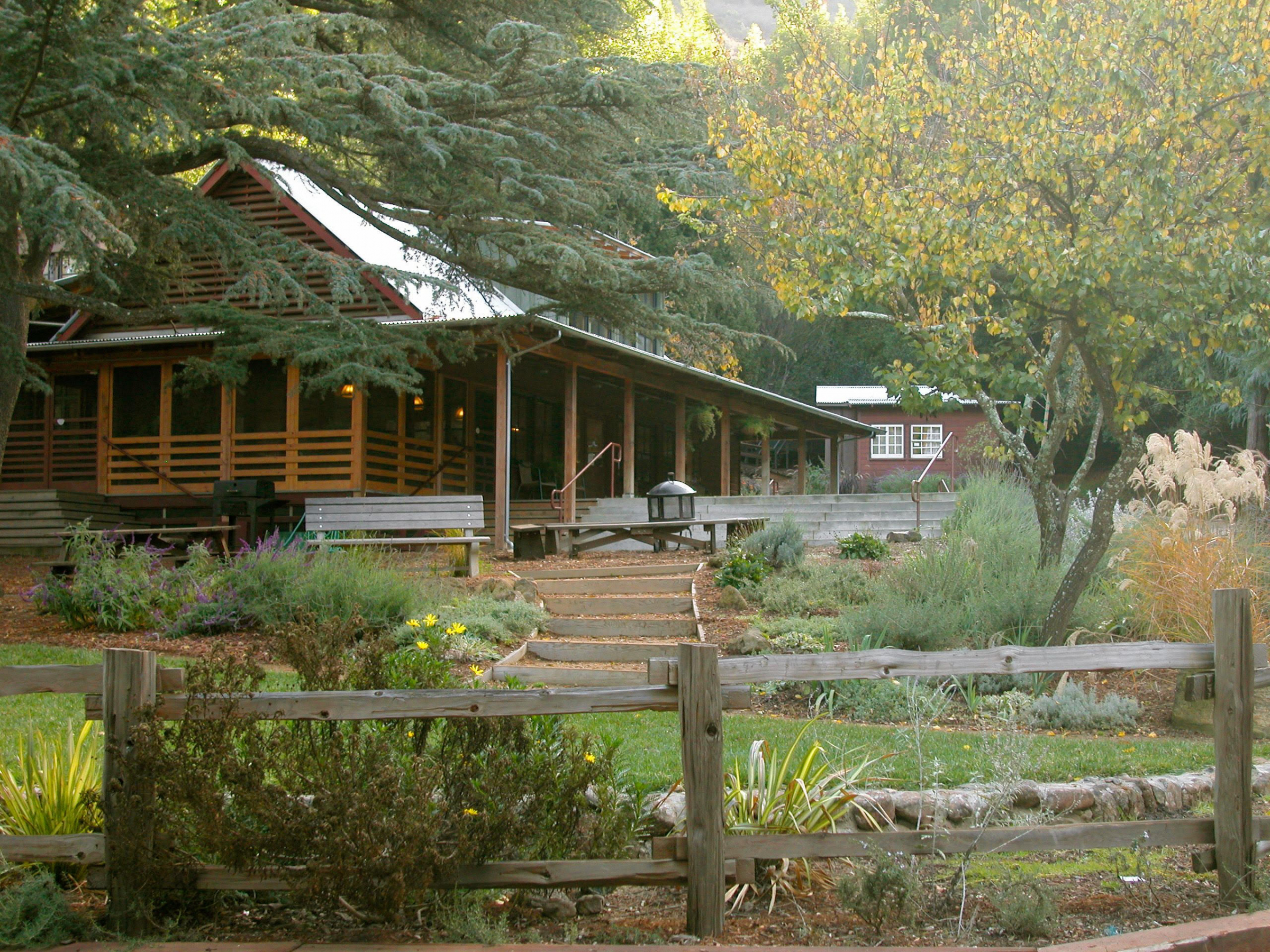 Hidden Villa, a Los Altos Hills nonprofit known for its pastoral landscape and educational programs, announced June 8 that all summer camp sessions this year are canceled due to the “abrupt departure” of camp staff members, disrupting the summer plans of nearly 1,000 children.

But some former staffers say the situation was anything but brutal: Their resignations came after months of slow-building conflict that boiled over – in particular, the handling of pre-Nazi swastika tiles that were embedded in the outside a building camp for nearly a century until they were removed on June 7.

“Over the past weekend, four camp staff, including the summer camp director, have tendered their resignations effective immediately,” Hidden Villa said in its June 8 announcement to the community.

Part of what prompted the massive resignation, according to the announcement, “was an ongoing process to discuss the symbols on the historic Duveneck House,” a focal point of the property. “The house, built in 1929, had three tiles, approximately 12 inches by 12 inches, with Buddhist swastikas and a lotus embedded in the architecture.”

The camp’s founders, Frank and Josephine Duveneck, purchased the tiles in 1913, years before the ancient Buddhist emblem was co-opted by the Nazis into the symbol of hatred it is known today.

Summer camp director Philip James, who resigned on June 5, said he was first told about the swastika tiles last summer when a camper told him reported. He immediately told his superiors about it.

“I kept bringing it up in conversation and talking about how we (should) do something about it, before it got to the point where it is now,” James said in an interview. “And I was constantly told that Hidden Villa wasn’t ready to have those kinds of conversations.”

James said at one point he was asked to write a letter about the issue to Villa Voice, a newsletter sent to camp staff.

“So I wrote a letter explaining my experience with the motorhome, and exactly what happened. At the end I said, ‘What other ways can we think about how to keep people safe in this space? “” James said. “Management didn’t like it at all. I was reprimanded. They told me I was making the Duvenecks racist, and it wasn’t fair that they weren’t there to defend themselves. …I think for me, honestly, that was probably the biggest turning point.”

Hidden Villa’s interim executive director, Philip Arca, took over in January, so the ongoing conversation about how to deal with tiles “was new to me,” Arca said in a June 9 interview. Arca resigned, citing health reasons, the day after his interview with The Voice, according to a June 11 letter sent to Hidden Villa staff by Hidden Villa Board Chairman Peter Hartzell.

Arca said he and other camp leaders have started a conversation about adding educational signage to contextualize the tiles, “because there are a variety of views on this.”

“Initially, we thought signage was an option,” Arca said. “Expectations, from my perspective at least, have turned into, they have to be dropped.”

“I think we tried to design a process (for removing tiles) that was as thoughtful and inclusive as possible,” Arca continued. “…I think for those involved, maybe they felt it was taking too long, or there could have been different ways to do it, so I respect that different perspective.”

From James’ perspective, it wasn’t just that the process was taking too long: He said he felt his voice as a black person was being pushed aside while the voices of others, especially white members staff, were what ultimately tipped the needle to get the tiles removed.

Hidden Villa hires two types of staff: year-round team members like James’ post, and seasonal camp staff who only work for the duration of the summer camp program. Staff for this year’s summer camp had just been recruited when they learned about the tiles, James said. Some summer camp staff organized themselves and wrote a letter which they delivered to the board and management of Hidden Villa on June 3, he said.

“We are not comfortable educating children near this symbol of hate,” the letter reads, a copy of which was given to the Voice by James. “In his presence, we cannot claim to provide a safe or affirmative environment. If you do not agree to meet these stated demands, the majority of the undersigned are currently prepared to terminate our employment.”

Two days later, on June 5, Hidden Villa associate director Lynn Rivas held a meeting with the camp staff members who wrote the letter to discuss the situation, James said. He had a meeting scheduled with Rivas right after, which James says quickly heated up, and he quit soon after. Hidden Villa removed the tiles two days later.

“It took over nine months from the time (this) came to their attention, fast-forwarding to this Sunday when it all just happened – it took them less than 48 hours to eliminate them , after a group of mostly white kids got together and expressed how they felt,” said former camp deputy director Mimi Elias, who also quit. “Against (James), who calmly and gently tried to talk to them, meeting after meeting, but they just wouldn’t listen.

Arca said camp management had accepted the resignations and was trying “to move forward and focus on the families”. The camp closure will affect nearly 1,000 campers, he said.

“As we didn’t have enough staff and couldn’t serve the children, we try to support the rest of the staff,” Arca said. “The focus has really been on the families and the loss of that opportunity for all of those families.”

Why they are important and what we can do