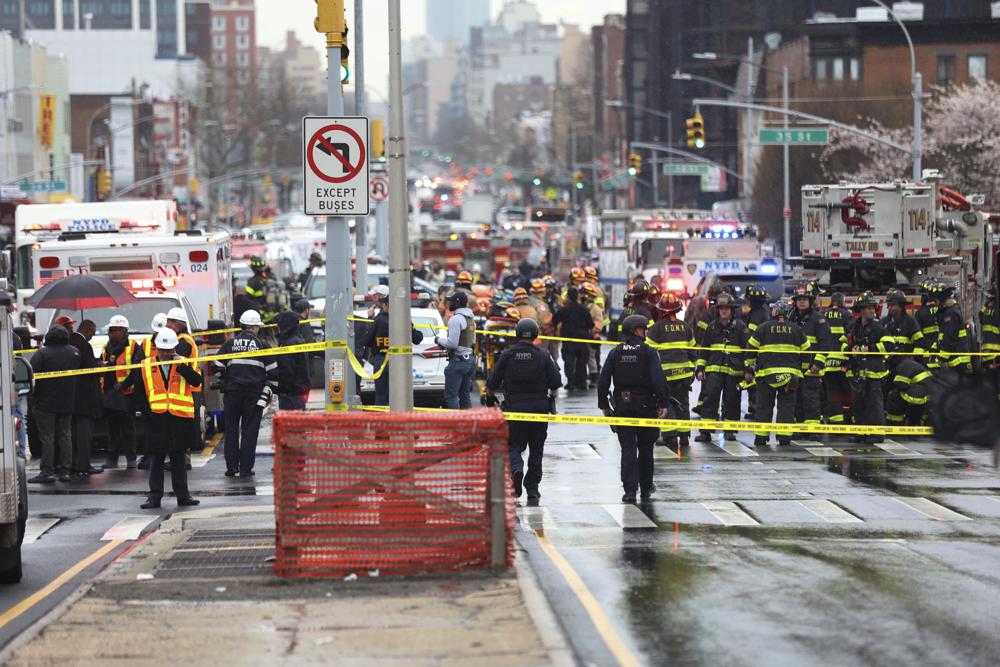 NEW YORK (VINnews) – The suspect in Tuesday’s subway attack has a habit of making vicious and threatening videos and posting them on social media.

In the videos, Frank James made hateful comments against Jews, said mankind should be exterminated and railed against Mayor Eric Adams.

James called for Americans to be “exterminated” like the Jews of Auschwitz and Birkenau, whose prayers “did nothing for them” during the Holocaust.

He also posted hateful rhetoric against Donald Trump and supported BLM. In a video, he expressed his dismay that Judge Ketanji Jackson was married to a white man.

Breaking: NYPD has named Frank James as a person of interest in the #Brooklyn mass shooting. I looked at his social networks. Like the Waukesha suspect and Louisville BLM activist who allegedly attempted to assassinate a mayoral candidate, he appeared to be a fan of black nationalism. pic.twitter.com/aUQZGakJfW

“Mr. Mayor, I am a victim of your mental health program,” James said in a video.

He criticized the mayor for not doing enough to fight homelessness.

“Eric Adams, Eric Adams: What are you doing bro? What’s going on with this homeless situation. All [subway] the car I went to was full of homeless people. It was so bad that I couldn’t even stand up. I had to keep moving from car to car.

“What is happening in this place (where he was receiving treatment) is violence. “Not physical abuse, but the kind of abuse a child experiences in elementary school…that would cause them to reach for a gun and shoot ********.”

He claimed that the Russian invasion of Ukraine was proof that black people were treated with contempt in society.

James has rented a U-Haul van linked to the Sunset Park attack and is wanted by police for questioning.