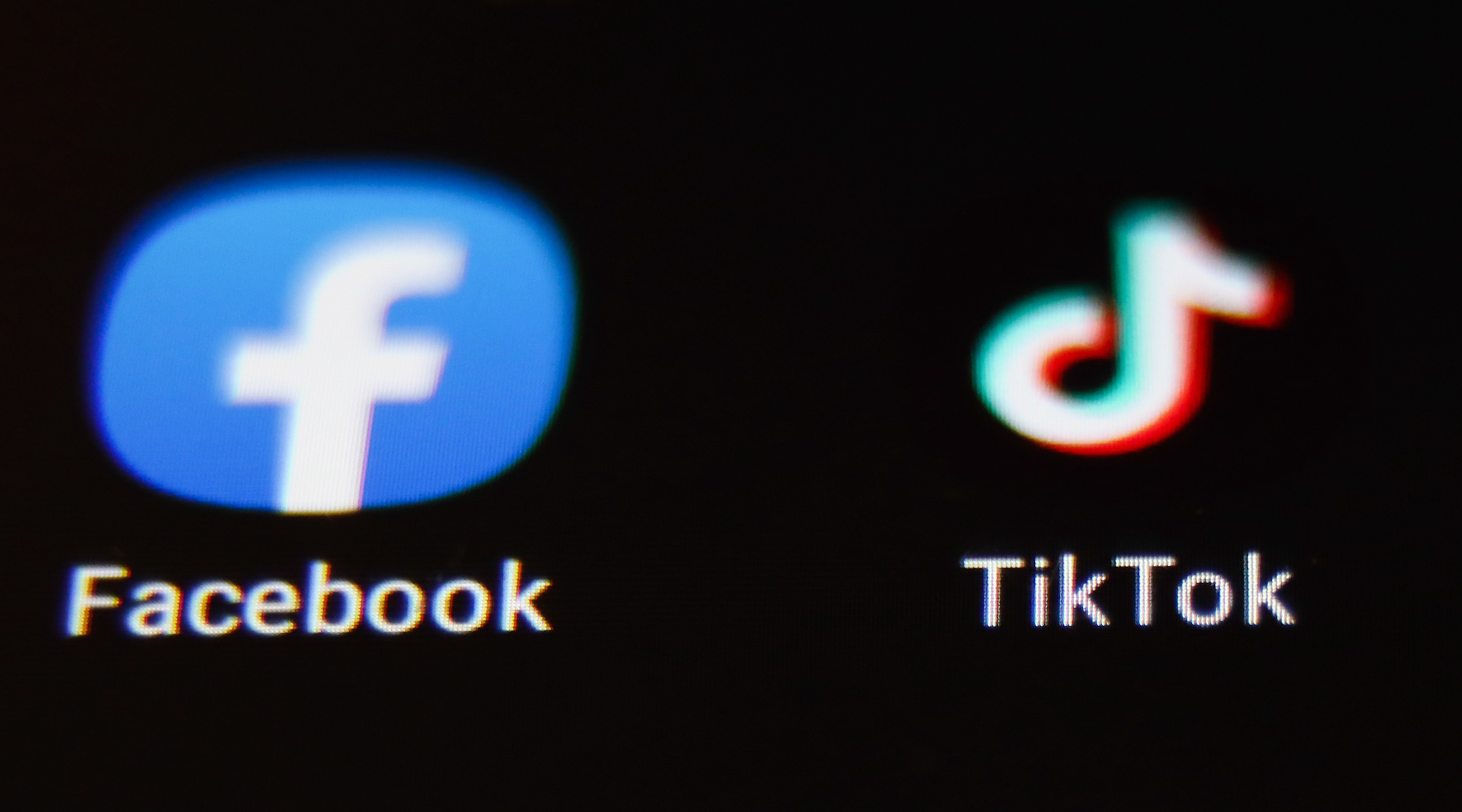 (JTA) – In October, a day after Facebook announced it would ban Holocaust denial, Izabella Tabarovsky received an unexpected message from the platform.

One of her 2019 articles promoting an article she wrote on Holocaust remembrance was being withdrawn for violating Facebook’s â€œcommunity standards on hate speechâ€. No further information was provided and Tabarovsky does not recall having had a way to appeal the decision.

Facebook’s decision to ban Holocaust denial only came after academics, activists and celebrities pilloried the platform to allow hate speech. But Tabarovsky is not a Holocaust denier. She is a Jewish journalist who writes about Soviet Jews, including the Holocaust in Soviet territories.

The article in question was entitled “Most Jews Were Not Murdered in Death Camps.” It’s time to talk about the other Holocaust. It was about how Holocaust remembrance efforts did not focus enough on the millions of Jews who were killed outside the concentration camps, such as Tabarovsky’s own parents, who were murdered in Babyn Yar.

It’s possible the headline triggered an algorithm to detect Holocaust denial, which then blocked Tabarovsky’s post. She doesn’t know because she never heard back from Facebook.

“This message popped up, and obviously the first reaction is, what did I say hateful?” Tabarovsky told the Jewish Telegraph Agency. â€œWe have seen so much anti-Semitic speech. They can’t fight it, they can’t suppress it, and yet they suppress the Holocaust education posts from 2019. It’s really amazing.

Tabarovsky is among the long list of social media users whose anti-hate messages have been mistakenly victimized by algorithms that aim to suppress hate speech. Companies such as Facebook, Twitter and TikTok say they have stepped up their fight against abusive posts and disinformation. But the artificial intelligence that drives these systems, with the intention of eradicating racism or calls for genocide, can on the contrary trap efforts to combat them.

Organizations that focus on Holocaust education say the problem is particularly acute for them as it comes at a time when a large percentage of young people are ignoring basic facts about the Holocaust, and more online than ever. .

Michelle Stein, communications manager for the US Holocaust Memorial and Museum, told JTA that the museum’s Facebook ads were often dismissed out of hand – frequently enough “that it’s a real problem for us.”

â€œFar too often our educational content literally hits a brick wall,â€ she said. “It is not acceptable that an advertisement featuring a historical image of children from the 1930s wearing the yellow star should be rejected, especially at a time when we need to educate the public on what that yellow badge stood for during the Holocaust. . “

The yellow star post is just one example of an ad that was blocked, Stein said. The Jews who were subsequently wiped out were forced by the Nazis to put the stars on their clothes. Recently, the yellow star has been appropriated by protesters of everything from vaccines to Brexit, which may have made Facebook particularly sensitive to the image of the star. The Holocaust Museum’s announcement was intended to respond to incidents like these by educating people about what the star actually means.

There have also been other cases of Holocaust education blocking. In March, Facebook disabled the account of the Norwegian Center for Holocaust and Minority Studies for five days, along with the accounts of 12 of its employees. When the accounts were restored, a local Facebook spokesperson told a Norwegian post: â€œI can’t say if this is a technical error or a human error.

In 2018, the Anne Frank Center for Mutual Respect, a Holocaust education organization in New York City, deleted a Facebook post that included a photo of emaciated Jewish children. Redfish, a Russian state-affiliated outlet, said it has three Holocaust remembrance posts, including one with a famous photo of Elie Weisel and others in a concentration camp barracks, removed from Facebook this year.

Holocaust educators aren’t the only ones protesting the way social media algorithms regulate allegedly hateful content. Anti-racist activists have complained that their Facebook posts are being treated as hate speech, prompting the platform to change its algorithm. Jewish creators on TikTok say they were banned after posting flawless Jewish content. During the recent conflict in Israel and Gaza, pro-Israel and pro-Palestinian activists said their posts were withheld or removed from Instagram and elsewhere.

Facebook (which owns Instagram) and TikTok both told JTA that users whose posts have been removed can appeal the decision. Twitter did not respond to questions sent by email.

But Stein said the reasoning why ads are blocked is cloudy, and the appeal process can sometimes take days. By the time the announcements are approved, she said, the teaching moment they were supposed to respond to is often over. The museum contacted Facebook to resolve the issue, to no avail.

â€œWe don’t know which part of the message is problematic, so we’re left to guess. But more importantly, it prevents us from getting this message out on time, â€she said. “The great potential of social media isn’t education anchored in a classroom, it’s educational moments anchored in what’s going on in the environment, so when you have to stop it’s a real waste. . “

A Facebook spokesperson told JTA it was using “a combination of human and automated review” to detect hate speech, and that people would “generally” review automated decisions. Facebook defines Holocaust denial as including posts that challenge “the fact that it happened, the number of victims, the methods and intentionality of it.”

“We do not rely exclusively on specific words or language to distinguish between Holocaust denial and educational content,” the spokesperson told JTA. â€œWe also have escalation teams who can spend more time with the content and gain additional context so that we can make a more informed decision. “

TikTok also told JTA that human moderators review content flagged by its artificial intelligence system and that it teaches its moderators to distinguish between hate speech and what it defines as “counter speech.” “. Neither Facebook nor Twitter have provided more details on when and how posts move from AI to human moderators, or how these human moderators are trained.

ADL was one of the organizers of a high-profile advertising boycott of Facebook last year to protest what it called lax hate speech policy. Later in the year, Facebook announced that it would ban Holocaust denial and crack down on other forms of hatred.

â€œAre these formed datasets based on the experience of people in affected communities? Kelley asked. â€œDoes this indicate how automated systems are created? “

Facebook and TikTok have both said they are determined to prevent anti-Semitism from their platforms, and TikTok has said it is working with the ADL as well as the World Jewish Congress to shape its moderation of discourse by anti-Semitic hatred. The WJC also works with Facebook.

“It’s a lot harder to deal with things like tone or context, and that’s where learning AI is key, and that’s the space for learning, but it never will be. perfect, â€said Yfat Barak-Cheney, WJC’s director of international relations. business. â€œProblems like nudity, where it’s easy for machines to spot it and then 98 or 99% of it is automatically removed, before it reaches the platform. Problems like hate speech, where things like tone and content play a bigger role, then machines aren’t able to suppress that much.

Barak-Cheney said his organization is reluctant to pressure platforms to moderate topics such as Holocaust denial because it is more important to them that Facebook and other sites take a strong stand against them. hate speech. Before the WJC embarks on its annual social media Holocaust remembrance campaign, called #WeRemember, it will send messages to social media platforms for pre-approval to ensure they are not blocked. when they go up.

â€œThere are improvements to be made, but for us to push to say, ‘Hey, you should allow more content’, that’s going to be contrary to what we were asking them to make sure there isn’t of violating content that remains and is harmful, â€she said.

Pawel Sawicki, spokesperson for the Auschwitz-Birkenau State Museum, said that if educational positions are banned, it is at least a signal that the platforms are taking the problem seriously. Sawicki said the museum has not blocked its posts and is still worried about the possibility of Holocaust denial spreading on social media, despite platform policies.

â€œThis shows that a speech suppression process is underway in social media if such content goes missing,â€ he said. â€œThings are changing and we hope it is a real change in their approach to hate speech in a more universal way. “

Tabarovsky also supports social media companies that take strong action against Holocaust denial and hate speech. But she would have liked to understand why her post was blocked and, ideally, find a way to prevent her posts from being deleted. Last week, after JTA inquired about the post and more than six months after its deletion, Facebook restored it to the platform.

â€œIt’s just crazy when you are dealing with a robot that can’t tell the difference between Holocaust denial and Holocaust education,â€ Tabarovsky said. “How did we get to this point as a humanity where we have outsourced such important decisions to robots?” It’s just crazy.