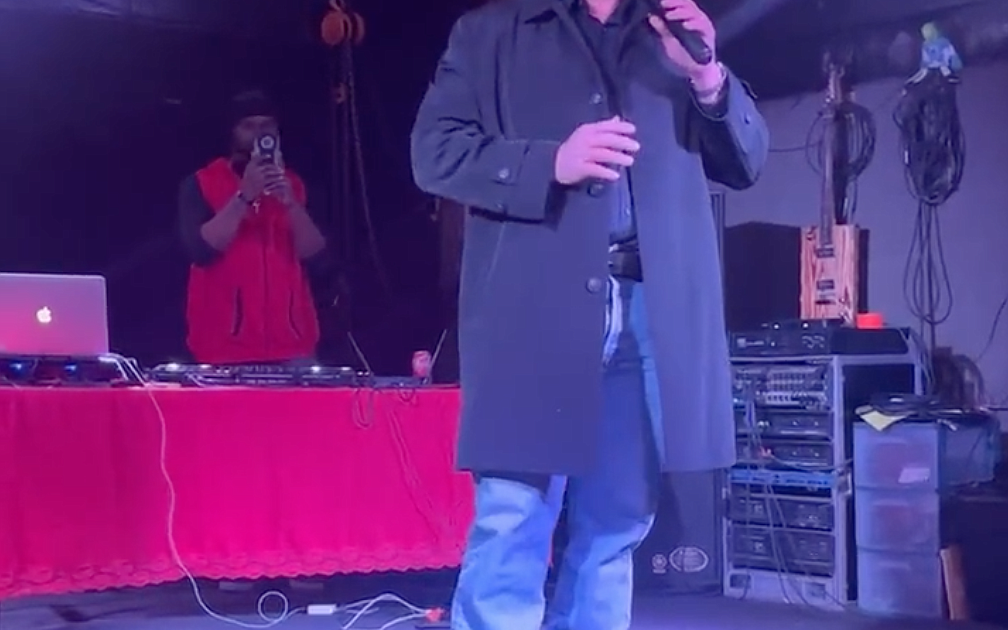 Sheriff examined for participation in rally

Kootenai County Sheriff Bob Norris is under scrutiny after appearing at a GOP rally allegedly attended by several white nationalists.

Regional and national media recently noticed a video showing Norris speaking at a political event on April 16 at Cruisers Bar and Grill in Post Falls.

Norris said Wednesday he understands the event as a Republican candidates’ forum and concert, which he attended to support Republicans running in the May primary.

Carl Bjerke, who recently won his GOP primary race for Idaho State Senate, was also pictured at the event.

Speakers were not announced in advance, Norris said. It is not known who organized the rally.

He suggested the event was not attended by white nationalists since Bryson Gray, a “MAGA” rapper who performed at Cruisers, is black.

“I thought it was interesting that a black rapper felt safe enough to come to a lounge in northern Idaho,” he said, adding that he didn’t know the Gray’s music before the event.

An indie musician best known for his song “Let’s Go Brandon,” Gray promoted the Cruisers concert on Twitter, sharing a flyer that read “No Democrats.”

The Panhandle Patriots Riding Club, which had a booth at the event, promoted the concert on Facebook with a version of the flyer without the line about Democrats.

Among the speakers was David Reilly, a recent transplant from Pennsylvania condemned by several pro-Israel organizations for his anti-Semitic writings.

In 2017, he attended the deadly “Unite the Right” rally in Charlottesville, sparking outrage in his Pennsylvania community and forcing local schools and businesses to cut ties with the radio station where he worked for his father.

Reilly, whose social media posts include comments that ‘all Jews are dangerous,’ ran for a seat on the Post Falls school board in 2021. He lost the election, despite committee endorsement Kootenai County Republican Central.

He has since registered as a Democrat and participated in a failed plan by some area Republicans to infiltrate and dismantle the Kootenai County Democratic Central Committee.

Although Norris said he was familiar with Reilly and his white nationalist views, he said he would not recognize Reilly if he saw him in public.

The Huffington Post reported that Dan Bell — the Kootenai County GOP youth chair — featured Reilly as a speaker at the Cruisers event.

“He’s definitely not okay with trans people or any of those gay people,” Bell reportedly said of Reilly.

After taking the stage, Reilly shouted at Norris.

“I think he thanked me for being the sheriff,” Norris said Wednesday.

Spokesperson-Review reported this week that Vincent James Foxx, another recent transplant linked to Reilly, was also in attendance.

Both Reilly and Foxx are associated with the “groyper” movement, a loose network of far-right and white nationalist activists and internet trolls.

Norris told The Press that he did not share their “extremist” views.

“I do not tolerate hate speech to any protected category of citizens,” he said.

Norris said he had no plans to speak to Cruisers, but agreed to say a few words when asked.

A video showed Norris telling a cheering crowd that his law enforcement agency would ignore any executive orders regulating firearms.

“I’m the sheriff of Kootenai County and I don’t give DC what they do,” he said. “So you can do whatever you want. No one will ever stand between you and your Second Amendment right.

The remarks were off the cuff, Norris said Wednesday, but he meant them.

He pointed to Idaho’s Code 18-3315B, which makes it a crime in most circumstances for Idaho officials to enforce an executive order or federal law that regulates firearms.

Norris said he attends many community events and supports Republican candidates when he can, which was his intention when he went to the Cruisers event.

“I help candidates campaign,” he said.

EU agrees to fund PA, despite terrorism and hate education