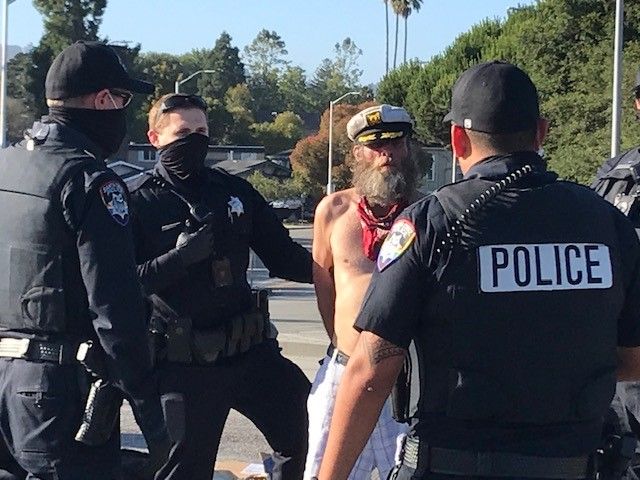 SANTA CRUZ, Calif. (KION) The San Francisco Division of the FBI has announced that Ole Hougen has been sentenced to 6 years and 10 months in federal prison for committing a violent hate crime against a black man in Santa Cruz.

According to the FBI, this is the first conviction and conviction in the Northern District of California under the Matthew Shepard and James Byrd, Jr. Hate Crimes Prevention Act, a federal law that was passed in 2009 to expand the ability government to prosecute hate crimes. .

“To convict someone of a federal hate crime, the government must prove beyond a reasonable doubt that the offender targeted the victim on the basis of race, color, religion, orientation sexual or other legally protected status, “the FBI’s San Francisco division said in a statement. “This case illustrates two of the most important ways the community can assist the FBI in our hate crime investigations: standing as witnesses and reporting any bias-motivated attack or threat to law enforcement.”

Hougen was arrested in July 2020 after drawing a knife and slashing a black man on San Lorenzo Boulevard. and Broadway Street. According to Santa Cruz Police and court documents, Hougen at the time was shouting racist slurs at the victim and when police arrived they said Hougen was asking for a “white person to help” him arrest him. .

Officials said this was not “SCPD accommodation” since their staff includes people of color, and Hougen continued to make racist comments and slurs at officers and prison staff during the booking process.

Hougen was sentenced in April this year. He attempted to file a motion for a new trial and the court dismissed it.

“No one should be afraid to walk down the street or feel like they could be the target of an act of violence based on their appearance, where they come from or what religion they practice. “said the FBI.

“We work in the gray”: police grapple with hate crimes