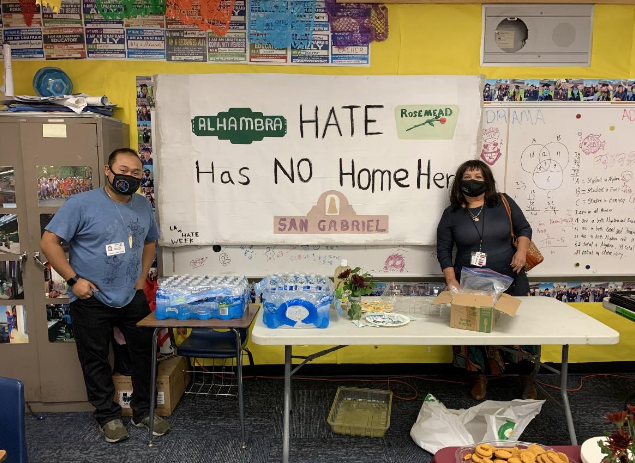 Report: One-Third of Asians Surveyed in SG Valley Have Been Victim of a Hate Incident

It is the first survey of its kind in the region, focusing on the experiences and concerns of Asian American residents in one of the largest Asian communities in the country.

With support from US Bank, HealthNet and the LA vs. Hate of Los Angeles County, the Stop Hate Community Survey asked residents about their experiences of anti-Asian hatred and discrimination, their perceptions of safety and support, and access to community resources and needs . Over 300 residents responded to the survey, of which 284 met the eligibility criteria to be included in the final analysis.

The survey found that nearly a third (31%) of respondents said they or their family had experienced a hate incident because of their race or ethnicity since the COVID-19 outbreak. , with most of these incidents involving verbal insults or abuse.

Additionally, 37% of respondents said they had noticed an increase in racial discrimination or harassment in their community since the COVID-19 outbreak, and 59% said they had changed the way they feel and behave when they leave the house.

About half (49%) of parents surveyed said they feared their children would return to school due to anti-Asian hatred and bullying.

Respondents described being verbally abused while shopping, observing hate speech and graffiti on Asian-owned businesses, feeling anxious about their safety when leaving their homes, and being concerned by physical attacks for the first time as an Asian American.

The majority of respondents do not feel there is support in their community for victims of racial discrimination or harassment.

When asked to select the resources that would be most effective in preventing discrimination, most respondents chose community patrol/neighborhood watch programs, followed by stronger community-police relations and cross-cultural events. , such as community gatherings and celebrations.

About 3 in 4 parents surveyed felt that increased training for teachers and staff and clearer protocols on how schools deal with violence and bullying would help them and their children feel safer to go back to school.

The full survey report is available at www.aycla.org/survey.

• Youth-led social justice projects with high school students in Los Angeles and the San Gabriel Valley through the Youth and Parent Leadership Development Program and the Dream Allies Network;

• In partnership with LA vs. Hate, AYC will continue to create and support local initiatives aimed at ending hate in our communities, such as the LA vs. Hate’s Stronger Together mural project by local artist MariNaomi. Through community events, public art and social media outreach, they will continue to work with other local partners to engage the community and amplify the message that any form of hate is unacceptable.

“San Gabriel Valley is one of the largest Asian communities in California and we are here for people who don’t know where to turn for confidential and safe support. We can help in their languages,” said Connie Chung Joe, CEO of Advancing Justice-LA “We will continue to fight for public programs and services that meet the diverse and complex needs of AAPIs in this community.”

Based on the results of this survey, AYC and Advancing Justice–LA will work to engage policy makers and advocate for the resources requested by the community. The organizations also plan to expand their existing efforts to combat anti-Asian hatred and discrimination.

• Public communications and awareness campaigns that include national/local think pieces and public service announcements through ethnic and mainstream media partners, allied organizations and social media. This includes advertising in multiple Asian languages ​​to raise awareness and counter-messenger against harmful rhetoric.

• Amplify the voices of AAPI by speaking on behalf of the community in public forums, discussions, and briefings with national, state, county, and city officials, legislators, leaders in non-profits and businesses.

Bystander Intervention Trainings: Advancing Justice-LA has partnered with AYC and a coalition of community organizations to deliver bystander intervention training to residents across Southern California. Currently, courses are offered to adults in English and can be accessed here. AYC has just finished translating the program into Chinese, so the trainings will soon be available in Chinese. The program will be adapted into an educational training program and a student-centered program.

AYC and Advancing Justice–LA will continue to use program contacts, local media, and the @AYC100 and @advancingjustice_la social media network to disseminate information on how to report hate incidents and crimes and share resources for persons concerned.

Those who have experienced hate should consider reporting LA County by calling 211 or using the county’s online LA Against Hate form. Hate incidents can also be reported to Stop AAPI Hate, a national coalition aimed at combating anti-Asian American discrimination. Click here to see the full report: https://advancingjustice-la.org/wp-content/uploads/2022/01/AYC-AAAJLA-SGV-Stop-Hate-Survey-Final-Report.pdf