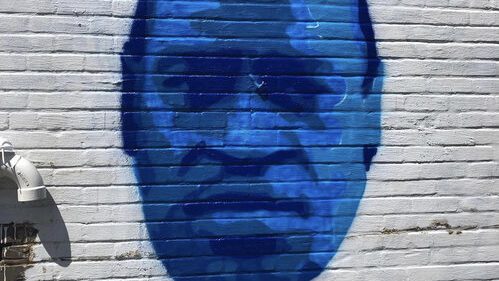 St. Paul Police have launched a hate crime investigation after racial slurs and X’s were spray painted red on a George Floyd mural in the Payne-Phalen neighborhood.

The mural, which depicts Floyd’s face four times along the wall of the 2nd Shift Art Studio at 1128 Payne Ave., was disfigured between Tuesday evening and Wednesday morning.

Police received an initial call about the incident on Wednesday.

â€œWe find this particularly disturbing because it aims to divide our community. We don’t think there is a place for hate in our society, and these kinds of messages create anxiety and fear in our community, â€said police spokesperson Sgt. said Natalie Davis.

No arrests were made on Friday, as investigators scramble to identify potential suspects.

â€œOur video management unit is looking for any possible video of suspects, but we don’t have a lot of leads at the moment,â€ Davis said.

Anyone with information is asked to call the non-emergency police line at 651-291-1111.

Censorship is worse than hate speech, by Corey Friedman