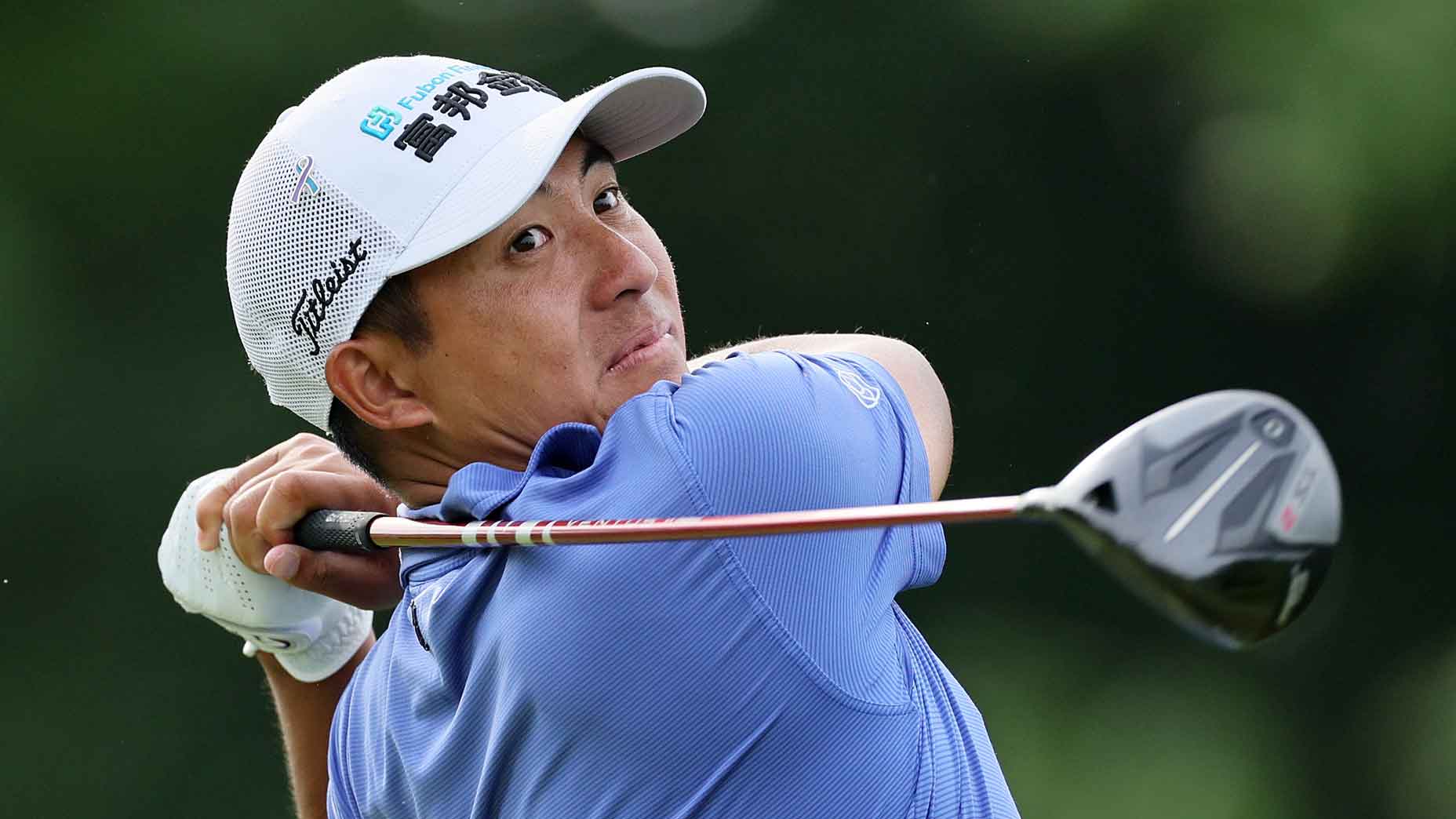 Pro hits with 2 penalties, records a 10 – then officials go to the record books

CT Pan tees off Thursday on the 18th hole at Muirfield Village.

He hit his tee shot at what an online scoreboard called “unknown.” He reloaded. And hit in the water. Shot five nearly entered a stream. Punch six was a punch to the left. Four shots later, CT Pan scored for a 10.

And all of that helped him go down in history.

In a tweet a day later his curious achievement, Pan said, “summed up my love and hate relationship with golf”, and this summed it up nicely.

To hate? This is the quintuple bogey. Nobody likes those. But you and Pan must love what happened next in Muirfield Village. After the 10-for-589-yard, par-5 11th, Pan signed for a four-for-76 in Thursday’s Memorial opening round, shot a four-under on Friday, made the cut — and became the Tour’s first player since 1997 to record a 10 and reach the weekend, depending statistics guru Justin Ray and round.

So yes, love and hate.

To pull it off, you need the 10, of course. But you can’t play too badly before or after either. You need a cushion for your crash. In Pan’s case, it had been three cents for his turn before the 11th. From there, he finished Thursday with three bogeys and a birdie, then made six birdies on Friday — including one on the 11 — and made the cut by two shots.

Twenty-five years ago, John Huston also took a 10 on a par-5. And his quintuple bogey through the weekend has some fun footnotes.

According to a Los Angeles Times article, Huston hit his third shot on the 13th at Augusta National into the water in front of the green. Then he was wet again. Huston nearly hit a third ball in the second round of the Masters and finished with his 10. Notably a day earlier, he drilled for 190 yards on 18 to take a one-stroke lead in the first round.

Nick Piastowski is an editor at Golf.com and Golf Magazine. In his role, he is responsible for editing, writing and developing stories in the golf space. And when he’s not writing about ways to hit the golf ball farther and straighter, the Milwaukee native is probably playing the game, hitting the ball left, right and short, and drinking a cold beer to clear his score. You can contact him about any of these topics – his stories, his game or his beers – at nick.piastowski@golf.com.