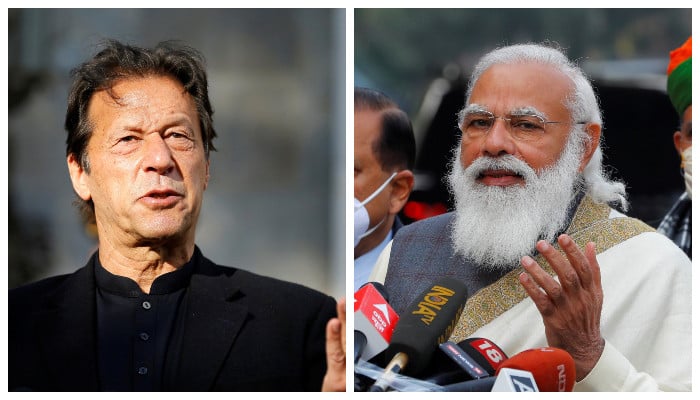 Prime Minister Imran Khan on Monday criticized the Indian government led by Narendra Modi for its persistent silence on the “hate speech” conclave, which called for the genocide of Muslims in India.

“The continued silence of the Modi government on the call at an extremist Hindutva summit in December for the genocide of minorities in India, especially 200 million Muslims,” â€‹â€‹the prime minister said in a series of messages on Twitter .

The violent hate speeches were made during the â€œDharma Sansadâ€ held in Haridwar, Uttarakhand, from December 17 to 19, 2021.

The prime minister said the silence of the government led by Modi, despite calls for genocide, raised the question of whether the BJP government supported this call, as he noted that it was high time the international community took it up. note and act.

The Prime Minister said that under the extremist ideology of the BJP Modi government, Hindutva groups have targeted all religious minorities in India.

“The extremist program of the Modi government is a real and current threat to peace in our region,” Prime Minister Imran Khan said.

As the Prime Minister tweeted, the Supreme Court of India has decided to take up a case related to hate speech, including open calls for genocide made during the conclave, NDTV reported.

“We will deal with the case,” Chief Justice of India NV Ramana said, quoted by the media outlet.

According to India time, up to 200,000 Muslims gathered in the town of Bareilly last week and volunteered for what they called “mass sacrifices” to protest hate speech.

On December 27, Pakistan deplored calls by Hindutva leaders for Muslim genocide in India and deplored New Delhi’s inaction on this issue.

To express Pakistan’s serious concerns about calls for a Muslim genocide, the Indian charge d’affaires was summoned to the Ministry of Foreign Affairs in Islamabad.

In a statement, the Foreign Ministry said it was highly reprehensible that Prabodhanand Giri of Hindu Raksha Sena and other Hindutva figures who called for the ethnic cleansing of Muslims did not express any regret or that the Indian government has not condemned or taken any action against them so far.

Indian police said in December they opened an investigation into an event in which Hindu hardliners called for massacres of Muslim minorities.

A speaker at the rally told the crowd that people shouldn’t worry about going to jail for killing Muslims, according to a video.

“Even if only a hundred of us become soldiers and kill two million, we will be victorious. […] If you maintain this attitude only, then you will be able to protect sanatana dharma (an absolute form of Hinduism), â€said the woman.

The meeting in the holy city of Haridwar in the north of the country brought together at least one member of Prime Minister Narendra Modi’s BJP.

Prabodhanand Giri – the leader of a Hindu fringe group who is often pictured with senior BJP members – called for a “cleanup” and for those present to be “ready to die or kill”.

“As in Myanmar, the police, politicians, army and all Hindus in India must collect the weapons and do this cleansing. There is no other option,” we heard.