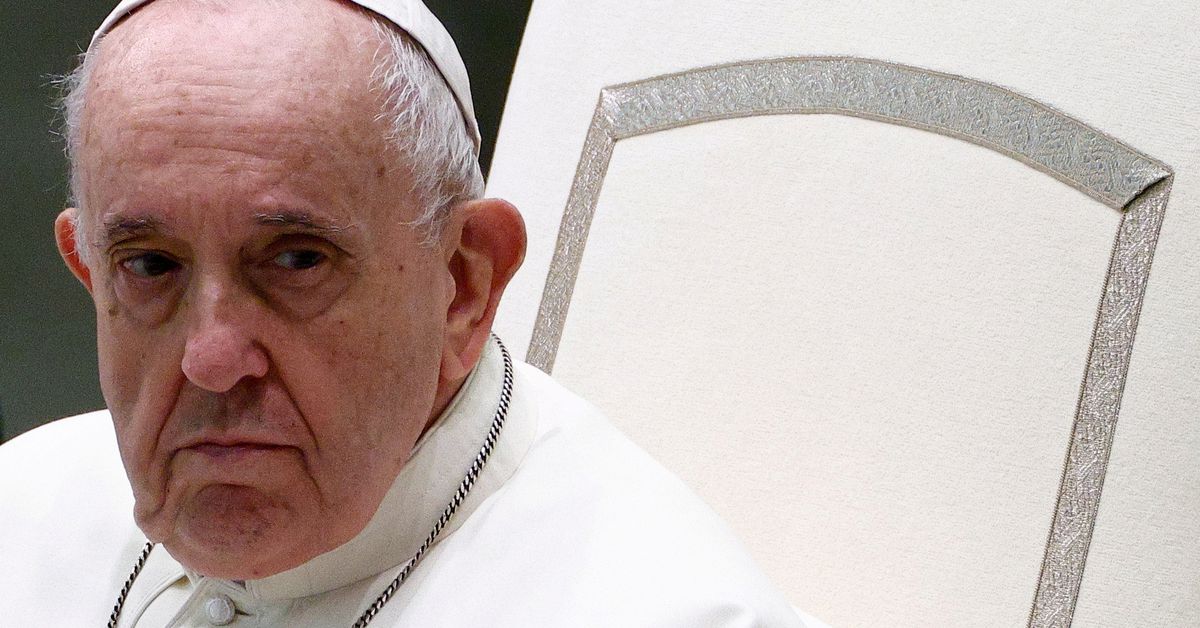 VATICAN CITY, Oct. 16 (Reuters) – Pope Francis said on Saturday he realized that some people, including within the Church, see him as “a parasite” to defend the poor and the most vulnerable , but that won’t stop it because it’s part of Christianity.

“Thinking about these situations (of exclusion and inequality), I piss myself off with my questions. And I keep asking. And I ask everyone in the name of God,” said Francis, the first Latin American Pope.

He called on pharmaceutical companies to release patents to make COVID-19 vaccines more accessible to the poor, noting that only 3% to 4% of the population in some countries had been vaccinated.

Francis, 84, was speaking via video link at the World Meeting of Popular Movements, a grouping of grassroots organizations and social movements that draw attention to inequalities in work, land tenure, health care health and other social issues in the developing world.

He called on industries such as mining and lumber, “to stop destroying forests, wetlands and mountains, to stop polluting rivers and seas, to stop poisoning food.” and people â€.

Francois said rich countries and financial institutions should write off the debts of poorer nations. Manufacturers and dealers of arms should stop contributing “to these terrible geopolitical games which have cost millions of displaced lives and millions of deaths”.

Tech giants should stop allowing hate speech, fake news, conspiracy theories and political manipulation, he said, and called for a universal basic income and countries to consider shorten the working day so that more people can have a job.

“This system, with its relentless logic of profit, escapes all human control. It is time to slow down the locomotive, an uncontrollable locomotive rushing towards the abyss. There is still time,” he said. “And so, I persist in my harassment.”

He referred to criticism he has received in the past, especially from conservatives in the American Church, when he made similar appeals.

“It saddens me that some members of the Church are annoyed when we mention these guidelines which belong to the full tradition of the Church,” he said, referring to a collection of Catholic social teaching published by Pope John Paul II in 2004.

â€œBut the Pope must not stop talking about this teaching, even if it often annoys people, because what is at stake is not the Pope but the Gospel,â€ he said.