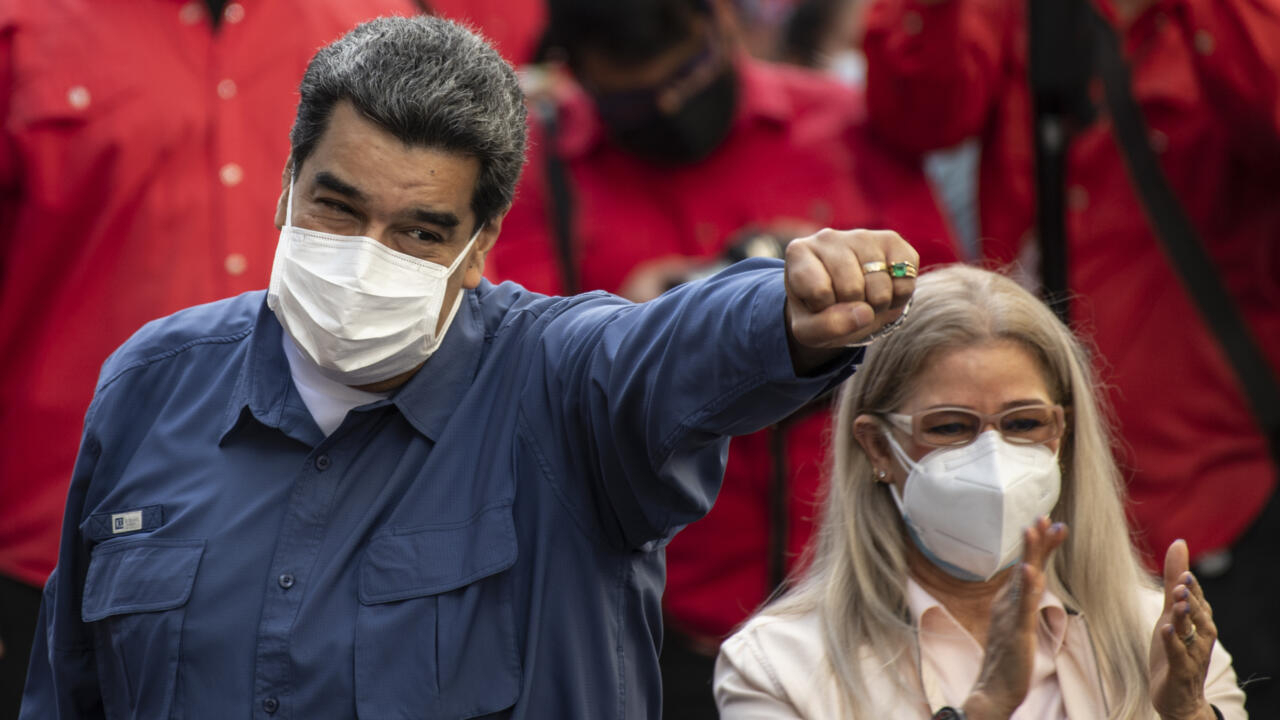 Olga Mata was arrested last week after posting a comedic video on TikTok in which she posed as a food vendor advertising a type of arepa, a corn-based snack, named after the Maduro’s wife, Cilia Flores.

The arepa in question is usually called “widow” in Venezuela for having no filling.

When a voiceover points out that Flores isn’t a widow yet, Mata replies, “Okay…but that’s what we all want.”

Another arepa featured in the clip bears the name of Attorney General Tarek William Saab, who ordered Mata’s arrest for “inciting hatred”.

His son, Florencio Gil, was detained for “inciting the assassination of public figures”.

The law was passed in 2017 by a loyalist “Constitutional Assembly” created by Maduro that replaced the then opposition-controlled National Assembly.

It provides for penalties of up to 20 years in prison for actions deemed to be “incitement to hatred”.

After a public outcry, Saab announced on Monday that Mata had been charged and released on orders to report to court every 30 days.

She was also forced to post a new video apologizing for the premiere.

His son was cleared of all charges.

“It’s a way of making us feel like prisoners, even though we’re not in a cell,” Mata said after his release.

His case is only the most recent.

He mocked an extravagant wedding celebrated at the height of the Covid-19 pandemic, and was reportedly followed by Saab.

The two people were later released on conditions.

In 2018, two firefighters, Ricardo Prieto and Carlos Varon, were detained for 48 days because of a viral video in which they showed a donkey they named “President Maduro”.

They remain under judicial supervision.

For Espacio Publico director Carlos Correa, the “anti-hate law” had a vague definition of what constitutes hate speech and disproportionate penalties.

“It causes people to refrain not only from joking, but also from talking about matters of public interest like exposing corruption,” Correa told AFP.

“The law is not there to determine whether a joke is in good or bad taste,” he added.

Efforts to control freedom of expression in Venezuela are not new.

Rayma Suprami, a Venezuelan cartoonist now living in the United States, was fired in 2014 from the newspaper where she worked for 19 years for a comment on the country’s poor health care system that led to the disappearance of President Hugo Chavez’s signature. like a flat line on an electrocardiogram.

“Dictatorships don’t have humor, they don’t get along with humor and what it stands for: a reflection of what ordinary people think,” Rayma told AFP.

“I was charged with incitement to hatred, murder and terrorism,” she recalls.

“If they want to put you in jail, they will.”

In a report published last year, Human Rights Watch accused Maduro’s government of frequently using “public accusations and other forms of harassment to intimidate and attempt to silence those who criticize the government”.

Maduro’s re-election in 2018 was not recognized by the United States and dozens of other countries for fraud.

In recent years, Venezuela has seen political satire disappear from television and newspapers.

But for those so inclined, comic relief can be found in the animated state television propaganda shorts of “Super Moustache” – a character depicting Maduro as a superhero opposed to the White House and the opposition leaders.