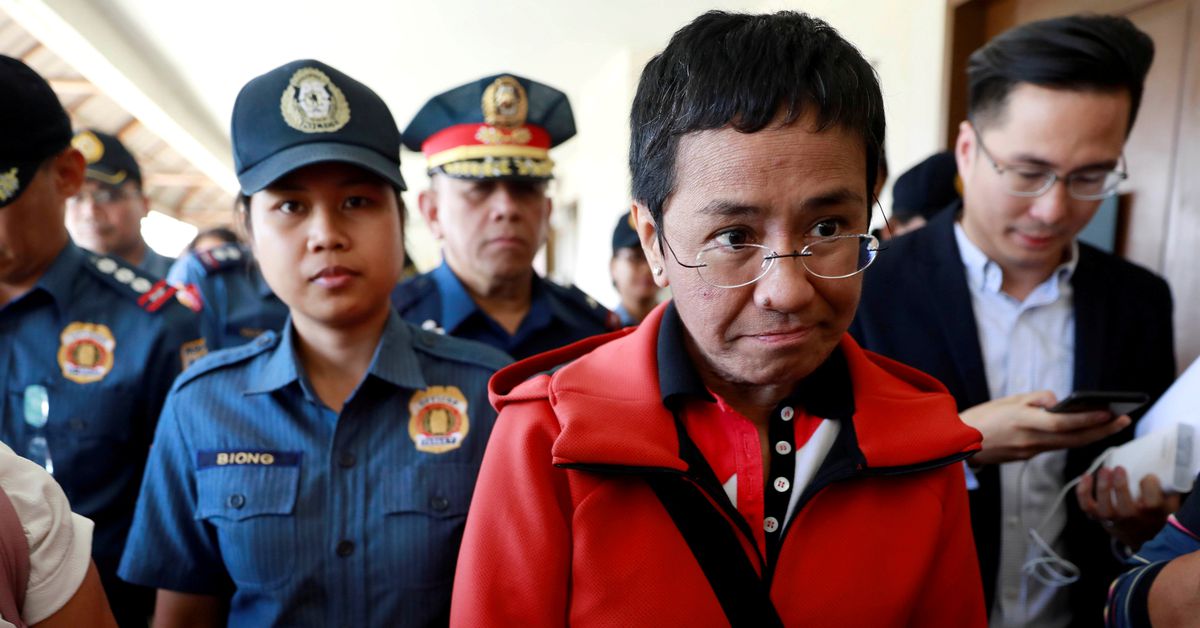 MANILA, Oct. 9 (Reuters) – Nobel Peace Prize winner Maria Ressa has used her newfound notoriety to criticize Facebook as a threat to democracy, saying the social media giant does not protect against the spread of hatred and disinformation and is “partially against the facts”.

Veteran journalist and director of the Philippine news site Rappler told Reuters in an interview after winning the award that Facebook’s algorithms “prioritize spreading lies mixed with anger and hatred over facts.”

His comments add to the heap of recent pressure on Facebook, used by more than 3 billion people, that a former employee-turned-whistleblower has accused of blaming profit on the need to tackle hate speech and disinformation. Facebook denies any wrongdoing.

Ressa shared the Nobel Prize with Russian journalist Dmitry Muratov on Friday, for what the committee called braving the wrath of the leaders of the Philippines and Russia to denounce corruption and bad government, in an endorsement of freedom of expression under fire from all over the world.

Ressa has been the target of intense social media hate campaigns from supporters of President Rodrigo Duterte, who she says were aimed at destroying her and Rappler’s credibility.

ELECTION “A BATTLE FOR THE FACTS”

“These online social media attacks have a purpose, they are targeted, they are used as a weapon,” the former CNN reporter said.

Rappler’s reporting has included a close examination of Duterte’s murderous war on drugs and a series of investigative reports into what he says is his government’s strategy to “militarize” the internet, using bloggers on his website. paylist to anger online supporters who threaten and discredit critics.

Duterte has not commented on Ressa’s price. The presidential palace, Duterte’s spokesperson, his chief legal adviser and the communications office did not respond to Reuters requests for comment.

In March 2019, Facebook took down an online network in the Philippines for “coordinated inauthentic behavior” and linked it to a businessman who previously said he helped run the president’s election campaign on social media in 2016.

Filipinos lead the world in terms of time spent on social media, according to 2021 studies by social media management companies.

Platforms like Facebook have become political battlegrounds and have helped bolster Duterte’s base of support, having been instrumental in his electoral victory in 2016 and the rout of his allies in the midterm polls. last year.

The Philippines will hold elections in May to choose a successor to Duterte, who under the constitution is not allowed to run for another term.

This campaign “will be a battle for the facts,” Ressa said. “We will continue to make sure our audience sees the facts, understands them. We are not going to be harassed or intimidated into silence.”