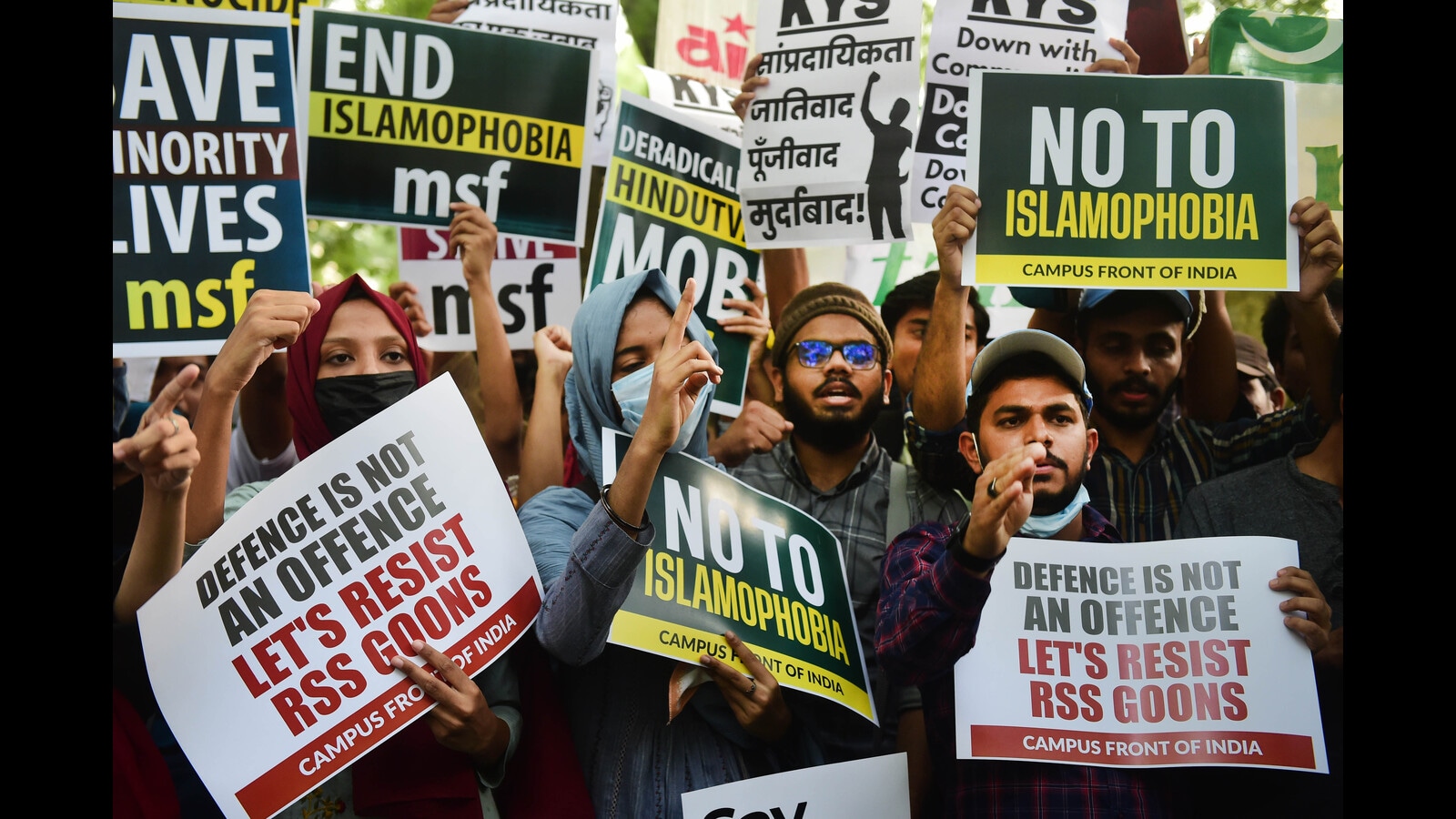 NEW DELHI: Thirteen political party leaders, including three chief ministers, issued a joint appeal on Saturday against the growing incidents of hate speech and communal violence in parts of the country, saying issues related to food, clothing, faith, festivals and language were used to polarize society.

“We strongly condemn the recent outbreak of communal violence seen in several states across the country. We are deeply concerned as reports indicate that there is a sinister trend in the areas where these incidents have occurred. Incendiary hate speech preceded aggressive armed religious processions sparking communal violence,” said the joint appeal by opposition leaders, including Congresswoman Sonia Gandhi.

According to a person familiar with the details, Shiv Sena, who is in alliance with the Congress and the NCP of Maharashtra, chose not to become a signatory “because they were not comfortable with some of the language of joint appeal”.

The joint statement comes just days after several cases of violence were reported in Madhya Pradesh, Gujarat and Karnataka, among other areas around Ram Navami, last Sunday. The situation at MP’s Khargone is still tense.

The appeal expressed concern over increasing incidents of hate speech from people who appear to have official patronage and against which, it said, “no meaningful and strong action is being taken”.

“We are shocked by the silence of the Prime Minister who has failed to speak out against the words and actions of those who propagate bigotry and those who by their words and actions incite and provoke our society. This silence is eloquent testimony to the fact that such private armed mobs enjoy the luxury of official patronage,” the statement released on Saturday said.

Opposition leaders also cited controversies around the wearing of the hijab or traditional headscarf by students in Muslim schools in Karnataka and a decision to ban non-vegetarian foods during Navratri.

“We are extremely distressed by the way issues related to food, clothing, faith, festivals and language are deliberately used by sections of the ruling establishment to polarize our society,” he said. he declared.

The statement also said they are extremely pained by the way social media and audio-visual platforms are “abused with official patronage to spread hatred and prejudice”.

The one-page statement is signed by opposition leaders reiterating their commitment to “work together to strengthen the bonds of social harmony that have defined and enriched India for centuries”.

“Our country will only prosper if it fully respects, welcomes and celebrates its many diversities,” the political leaders said. they said, calling on all sections of society to maintain peace.