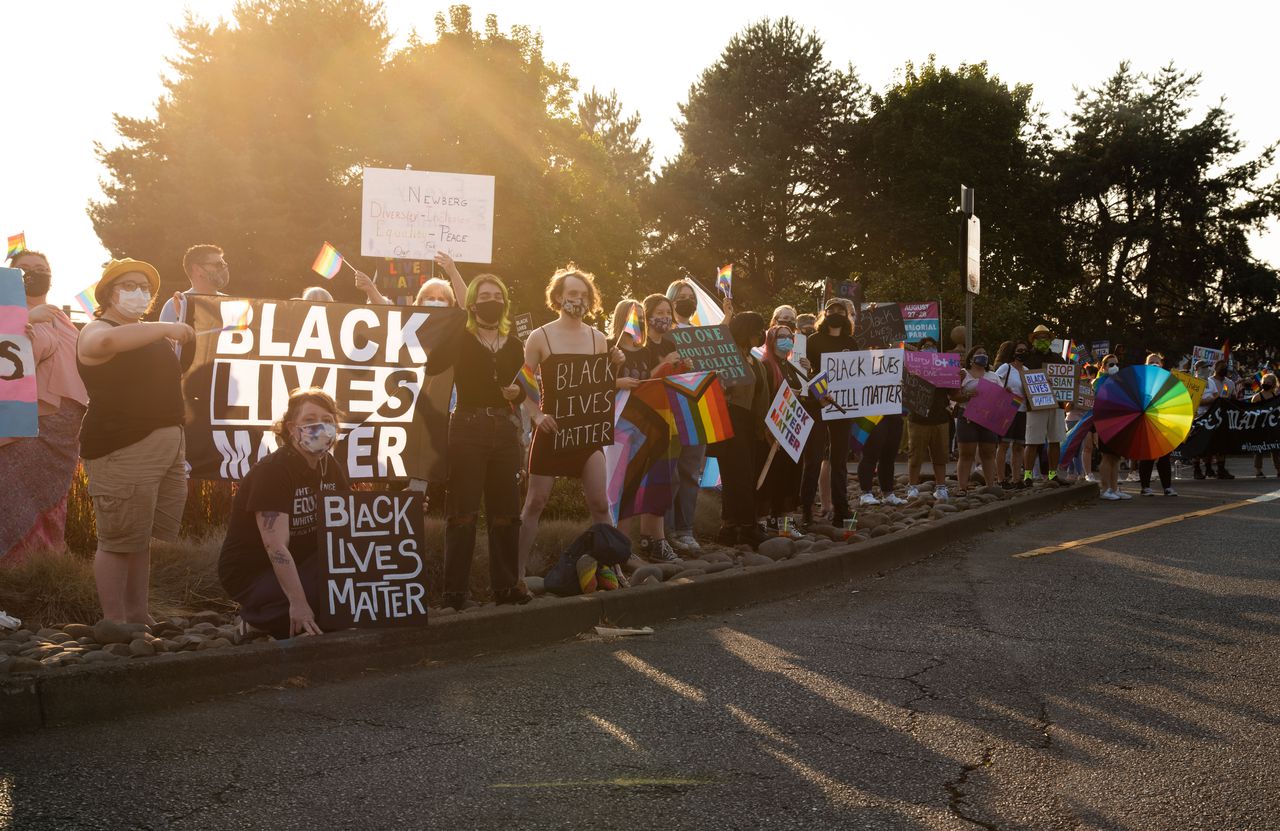 Opinion: It’s time to tackle the tradition of trauma at Newberg schools

Mitchell, who has a doctorate in educational leadership, is a former Metro columnist for The Oregonian and a former high school teacher. She lives in Portland.

Being the only black student in most of my K-8 classroom experiences, I used to be bullied, shunned, and forgotten. But moving from a small town in Northern California to rural Newberg, Oregon in 1976 exposed me to a whole new level of hatred.

Like many black kids in schools across America, my melanin skin was initially shrouded in deficit images – people thought I wasn’t capable of being educated. But after doing On the Newberg High School honor roll year after year, my disruption of the school’s racial ecosystem was less about being smart enough and more about my black presence disrupting the existing order of things.

I remember stones being thrown in my direction as I walked between the buildings of Newberg High School. Bedbugs were left on my classroom seats. Students regularly lined up in the hallways near my locker to launch an almost daily parade of racial slurs. I also remember making a commitment not to cry when an older soccer player hit me, while my homeroom teacher and classmates watched. I was 14 years old. What this learning environment taught me the best was to maintain a state of hyper alert for almost certain threats.

Although teachers told me I was ‘not college material’, I graduated at age 17 with SAT scores high enough to receive a full college scholarship to major in journalism at a university historically. black, far from home. Florida A&M University was where I first met black teachers, my first black friends, and my first genuine pride in being African American.

So, I’m not surprised at what’s going on in Newberg right now. Not by the school board’s decision to ban Black Lives Matter pride flag signs or displays. Not by at least one Newberg High School student participating in a social media discussion about the auction of black students in a “slave trade.” Not by the special education assistant who wore blackface in elementary school, saying she was trying to look like Rosa Parks in protesting Oregon’s vaccination mandate for school employees.

As decades have passed, America’s historic anti-Black structures, policies, values â€‹â€‹and behaviors have been subtly and unmistakably passed down from generation to generation. They are anchored in our ecosystems and serve as a common thread to many past and current educational policies, teaching practices and personal beliefs of educators. While I had hoped my childhood experience was an anomaly, I learned emotionally similar stories from my interactions with black youth as a journalism professor at Roosevelt High in North Portland, then in as the founding director of an award-winning youth leadership development program. program called I Am MORE (Making Ourselves Resilient Everyday.).

Then, during my PhD at the University of Oregon, I was exposed to decades of research that documented how deeply rooted white supremacist ideologies in this country tend to confuse racism. with patriotism. In Carter Woodson’s 1933 book, â€œThe Mis-Education of the Negro,â€ the father of Black History Month wrote: â€œThere would be no lynching if he didn’t start in class. . School abuse of black students continues to lead to racially disproportionate discipline rates and normalize the racial achievement gap and channeling students through the racist school-to-prison pipeline.

And while diversity, equity and inclusion training has become a simple solution, the new policies do not make people more enjoyable or end the psychological harassment that some students of color still experience in classrooms. class. This conundrum is what prompted me to publicly document my experiences at Newberg High School. More people of color need to share our stories so that society can recognize the common and deep-rooted threads of racism in our experiences. Without the elevation of our individual and collective critical awareness, racial discrimination subconsciously becomes normalized and its victims often internalize its traumatic consequences for generations.

After spending years honing an expertise to help others – and myself – heal from trauma, I can now interpret my experiences at Newberg High School from a different perspective. I recognize that these types of maladaptive student and adult behaviors have never been a reflection of my worth, and that every wicked act was simply a statement about who that person is as a human being. As the saying goes, â€œHurt people hurt people. “

So my heart goes out to the children of color in the Newberg school system and elsewhere whose overwhelmed hearts are harmed by being trapped in deeply ingrained systems designed to work against them. I see you. And I commend you for the strength to name and publicly protest against anti-black acts and other forms of prejudice. You have the bravest of voices because you are carving out a genuine path to social justice. You hold a mirror of inner rage that eats away at someone else’s soul and sense of compassion and invites them to heal their own wounds so that they can stop inflicting their untreated trauma on others. .

You see, when our inner child remains emotionally hurt, we will always be looking for ways to pacify the instability of our internal suffering. It manifests itself in road rage, in domestic violence, in the terrorization of lower level employees. By armed violence. By chatting and spreading rumors. And even through policies formulated in the anti-darkness.

Untreated trauma can be such a trickster. He’s so, so good at dressing up. But once you recognize it, you can’t see it anymore. You also can’t ignore its familiar stench.

I see you, Newberg. I see you loud and clear.

Submit your 500-600 word essay on a hot topic or theme of particular relevance to the Pacific Northwest, Oregon, and the Portland area to commentary@oregonian.com. Please include your email and phone number for verification.

My turn, Tim Deal: Resist the promotion of mistrust and hate – Salisbury Post