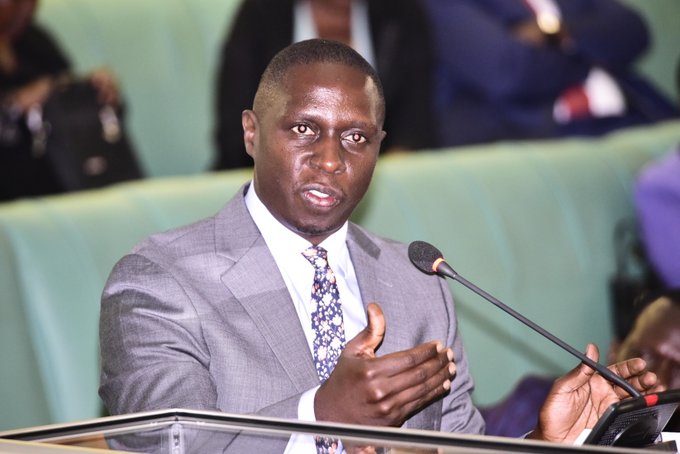 The Bill seeks to amend the Computer Misuse Act 2011 to improve provisions on unauthorized access to information or data, the prohibition of unauthorized information about a child and the sharing of content that encourages hate speech.

It also provides for the prohibition of sending or sharing false, malicious and unsolicited information.

According to Nsereko, the old law is outdated and out of step with technological advances.

“Since the enactment of the Computer Misuse Act in 2011, the world has continued to experience rapid advancements in computer-generated technology. This has led to the adoption of many online and social media platforms like means of communication and interaction,” he said.

While advances in computer-generated technology through the use of the Internet have brought enormous economic, social and educational benefits, he argues that this phenomenon has also paved the way for the spread of rights abuses and freedoms, in particular the right to privacy.

“The enjoyment of the right to privacy is affected by the abuse of online and social media platforms by sharing unsolicited, false, malicious, hateful and unwarranted information. Unfortunately, some of these abuses have also extended to children when information about or about them is shared on social media platforms without the consent of their parents or guardians. However, the current law does not address such abuse,” he argues.

An amendment to Section 12(a) of the Principal Act seeks to prohibit persons from sharing and accessing or intercepting any program or any other person’s data without the owner’s consent. Information in this sense can also relate to a voice note or a video recording.

Persons found guilty of the offense shall be liable to a fine not exceeding seven hundred and fifty currency points (15,000,000 Shs) or imprisonment not exceeding ten years, or both.

The same penalty applies to anyone who shares, sends or transmits information relating to minors without the authorization of a parent or guardian.

The Computer Misuse Bill also aims to limit the use of speech deemed to be “hate speech”.

According to clause 23 (a) (a1), it is prohibited to write, send or share information through a computer that is likely to ridicule, degrade or belittle another person, group of people, tribe, ethnicity, religion or gender.

Persons who contravene this paragraph commit an offense and are liable, on conviction, to a fine not exceeding 750 exchange points, either; 15 million shs or a term of imprisonment not exceeding seven years or both.

The bill also prohibits people from sending or transmitting unsolicited and “misleading” or malicious information about any person through a computer.

According to the authors of this bill, anyone found guilty of the above offenses should be automatically disqualified from holding public office.

Clause 27(a)(1) states categorically that “a person who is convicted under this Act shall not be eligible to hold public office for a period of ten years”.

“Where a person convicted under this Act is a public officer or officer, the person shall, in addition to the prescribed penalty, be removed from office or resign from office,” adds subparagraph two.

Nsereko first made this bill public on February 18, 2022 during the talk show “On the Spot”.

His proposals, however, were rejected by fellow panelist and city attorney Isaac Semakadde.

“Nsereko reports minors and some images and you wonder if he is aware of the laws. Hacking is already a criminal offense under the Computer Misuse Act 2011. I think it is time, my former teacher, for you to reflect on your political journey because you have shown in this monologue the beginning of the fall of hope of the generation that Nsereko once led,” observed Semakadde.