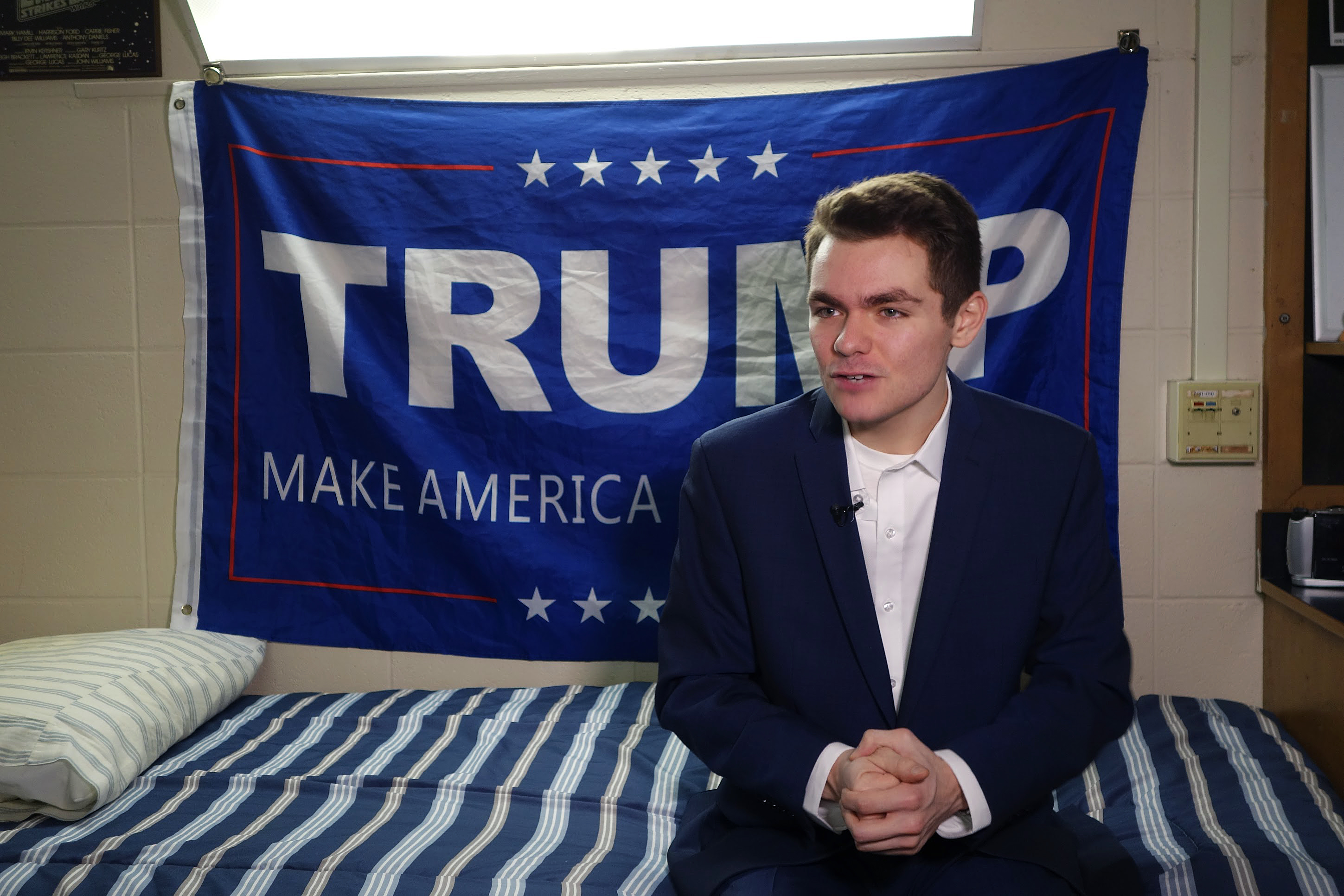 Right-wing political commentator Nick Fuentes was suspended from Twitter for good on Friday.

A Twitter spokesperson said News week that the decision was made because of “repeated violations” of company rules.

The controversial figure has described himself in the past as an “American nationalist” and a “paleo-conservative”, although others have condemned his comments as racist and anti-Semitic.

In February 2020, Fuentes’ YouTube channel was permanently removed due to what the company described as “multiple or serious violations of YouTube’s policy of banning hate speech.”

Over the years, Fuentes has made statements denying the Holocaust (he later said he was joking), spoke out against interracial marriage, opposed immigration, and suggested that segregation n was not bad.

In 2017, Fuentes attended the Unite the Right rally in Charlottesville, Virginia, where a young woman was run over and killed by a neo-Nazi. Fuentes called the event “incredible” on Facebook. He also wrote that “a tidal wave of white identity is coming … once the word goes out they cannot stop us.”

Many members of a loosely associated group of white nationalists who call themselves Groypers are said to be Fuentes followers. The group is known for various kinds of hateful rhetoric and for targeting other conservatives they deem too moderate.

“The one thing Trump wasn’t great at was being anti-Semitic; he wasn’t anti-Semitic,” Fuentes added. “But the rest was great. And people have to get racist.”

Fuentes also made headlines recently after posting an announcement claiming he would be hosting a fundraiser with GOP Representative Paul Gosar of Arizona. Gosar later denied that he was going to attend a fundraiser with Fuentes, despite the invitation featuring a photo of the two of them. The congressman has attended events with Fuentes before.

Twitter comments regarding Fuentes’ suspension ranged from supporting, or at least his right to free speech, to people celebrating his dismissal.

The Anti-Defamation League published a long article on Fuentes on Thursday. He details several examples of his most controversial statements, including conspiracy theories and misinformation about COVID-19. Many Twitter users have noted the timing of its publication and its suspension from service.

Updated 07/09/21 3:28 PM ET: This story has been updated with more general information about Fuentes.

The federal judge issues his own legal opinion on admissions to examination schools; says he was misled by BPS over racist-tinged text messages