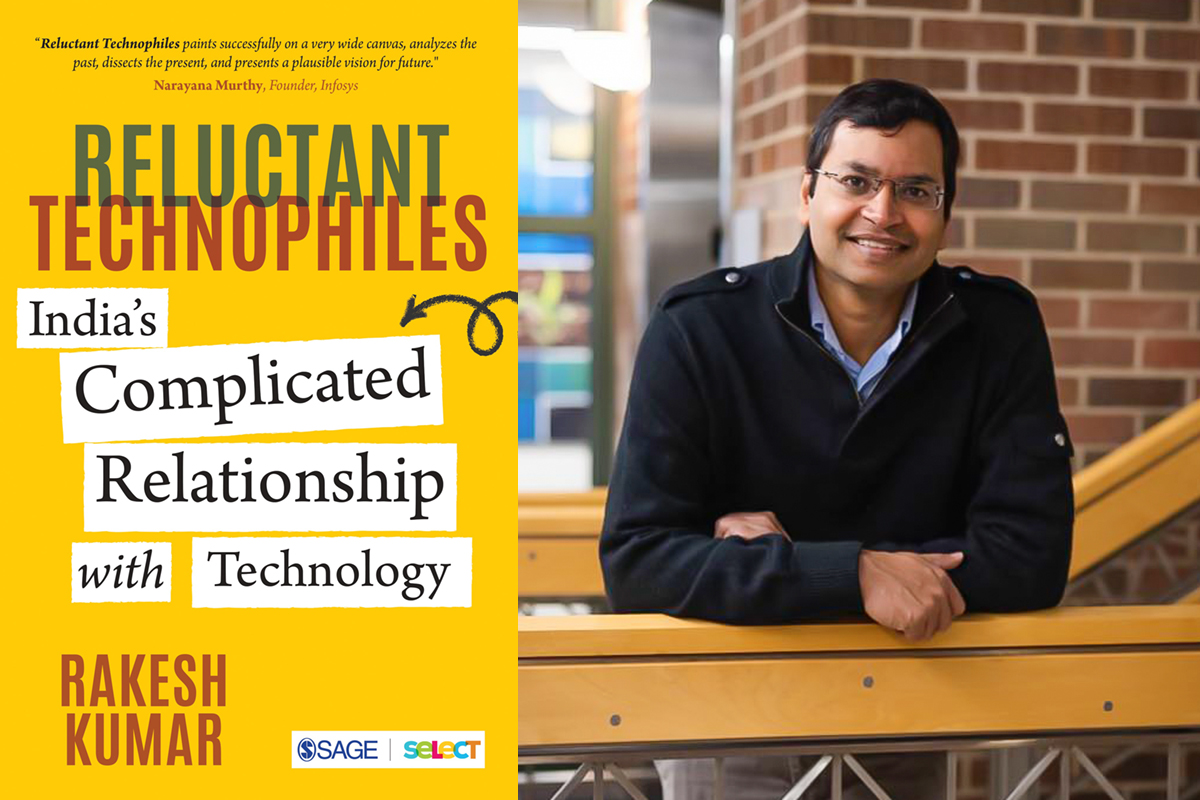 Technology is an integral part of life in India. For example, street vendors and rickshaws use cell phones, the internet, and Aadhar cards – 12-digit identification numbers assigned to each citizen on the basis of their biometrics and demographics. However, charismatic gurus and superstition still thrive in India. In the new book “Reluctant techies: India’s complicated relationship with technology, University of Illinois Urbana-Champaign electrical and computer engineering professor Rakesh kumar captures India’s often contradictory relationship with technology. Lois Yoksoulian, News Bureau physical science editor spoke with Kumar about these contradictions and how the Indian’s situation is both unique and universal.

Why is India such a good case study to examine the impact of culture on technology?

India presents a good case study for several reasons. First, the problems that technology claims to solve – poverty, inequality, access to health, education and infrastructure – are all clearly present in India. At the same time, the challenges presented by modern technologies – the impact of automation on employment, threat to democracy due to disinformation and the compromise of social harmony due to hate speech and radicalization – are particularly serious for India because of its large population, relatively volatile (or dynamic, if you prefer) democracy and often fragile social fabric.

India is an interesting case study also because of its conflicting attitudes towards technology. While there is a strong affinity for the use and benefit of technology, the technology is also often blamed for many problems in the country. This contradiction extends to how people reconcile modern technology with some of the superstitious and religious elements that are deeply rooted in the culture. It is also interesting to see how India’s technological past is often glorified, reinvented and sometimes fabricated for national pride.

Finally, India serves as a good petri dish to see how effective technological solutions can be, given stubborn societal issues such as deep-rooted inequalities. For example, if a small fraction of the population has access to and benefits from technology, while others struggle to have their basic needs met, how useful can technology-based interventions be in this context? ?

Does Indian society and politics affect its attitude towards technology, or is it the other way around?

It’s both! A company decides on its technological priorities. If you simply walked through the history of technology in India, you would find that the focus on certain areas of technology – computing, space, and nuclear power – is not by chance, but through deliberate elaboration. policies. Fast forward to today, India’s biggest tech projects – unique digital ID for every Indian, transparent national digital payment platforms and broadband access to every village, etc. – reflect social and political priorities.

The impact of technology on society and politics is also clear. The use of social media to promote views, including politics, is rampant. Technological successes such as financial inclusion and direct subsidies arguably helped political parties win elections. Online radicalization, disinformation and hate speech have had many unfortunate consequences in the real world.

How does India’s relationship with technology affect its economy and the global economy?

We sometimes forget that one in five humans is Indian. Thus, the choices India makes for its economy affect the world. For a country like India with a large and growing young population, the strongest motivation for adopting and developing technology is that it can help boost the economy and lift people out of poverty. As the cost of technology continues to decline, the fruits of innovation are becoming available to ever-increasing numbers of people.

How can the lessons learned from Indian experiences be applied to all nations?

The main lesson from the book is that the benefits and challenges of technology depend on the unique context in which it exists – its history, inequalities and society, etc.

In the United States, for example, we often blame technology for many problems in society. Challenges, such as the impact of automation on jobs, the threat to democracy from disinformation, and the compromising of social harmony due to hate speech and radicalization, have come to the fore for a long time. time. Algorithmic bias is already a big problem. Inequalities have increased, which has already started to affect the results of technology-based interventions. A more in-depth discourse on the technology-society interaction will be helpful.