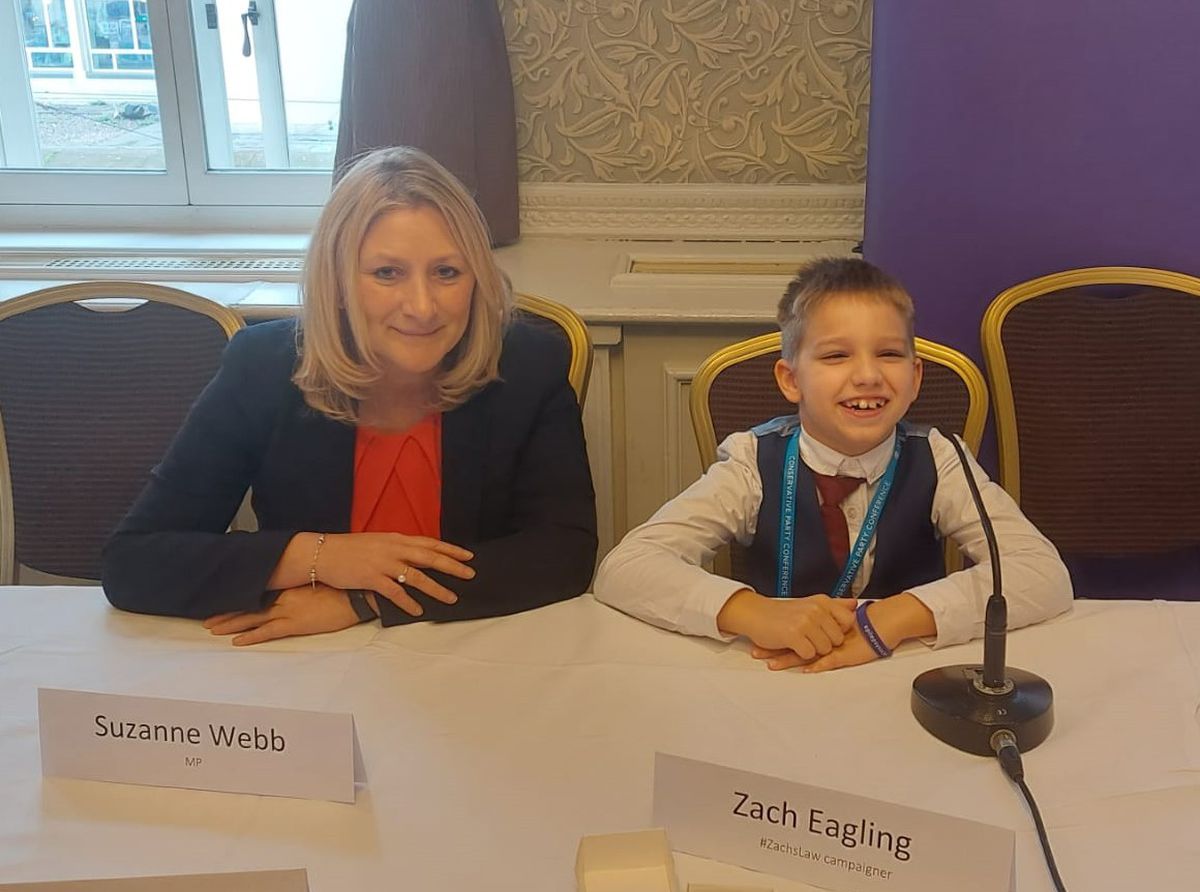 Zach’s Law was backed by Suzanne after hearing how Zach Eagling, who suffers from epilepsy, received flashing images on social media by vile trolls after meeting his mother.

Zach, who also has cerebral palsy, received the footage while taking part in a charity walk around his garden in 2020 aged just nine.

Ms Webb worked for nearly two years with fellow MP Dean Russell and the Epilepsy Society to push for the legislation.

Minister Chris Philp this week announced a commitment to introduce a stand-alone offense to tackle internet trolls who maliciously target the 600,000 people with epilepsy in the UK.

The drafting of the legislation will take place over the next few months. Mr Philp said he would engage with the Epilepsy Society and other relevant organizations to ensure the legislation is implemented.

Ms Webb said: ‘I am delighted with this announcement for Zach, his family and for everyone who has epilepsy and has the right to be safe online,’

“It’s been a while since I met Zach’s mother, Claire Keer, and sat on the drafting committee of the Online Safety Bill, but this is a big win and one whose we need it badly.

“It has been an honor to work with Zach and his mother, my colleagues and the Epilepsy Society to push for this important change in the law.

“Zach is simply a true inspiration and selflessly makes a huge difference. I know he is very happy with this announcement and I thank the Minister for listening to those who have worked on this campaign.

Claire Keer said: “I am so happy to hear that the government is committed to enacting Zach’s Law in full. We have always said there must be a stand-alone offense and we were delighted that this has now been accepted by ministers.

“Zach is my hero and always will be. I am thrilled that at the age of 11 he is about to change the law.

Nicola Swanborough, External Affairs Manager at the Epilepsy Society, added: “A big thank you to Dean Russell and Suzanne Webb for their support throughout this campaign. They showed immense dedication to this cause, never gave up and advocated publicly and behind the scenes to ensure this wonderful outcome.

“We were delighted to hear the government make an unequivocal commitment to introduce Zach’s Law, making it a specific offense to troll people with epilepsy by sending flashing images online.

“This offense will be a first in the field of epilepsy and is a real victory for everyone who has joined us in our Zach’s Law campaign. More importantly, it will make social media a safer place for the 600,000 people with the disease in the UK.

“We now urge the government to enact this legislation without delay.”