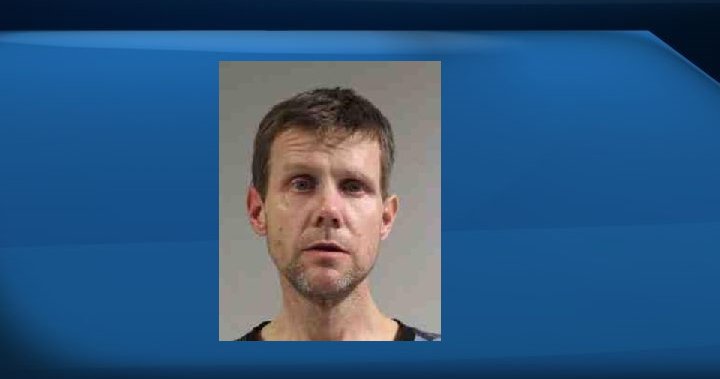 Vancouver police are looking for a man wanted on a BC-wide warrant for an attack on an elderly person using bear spray in Chinatown last May.

While taking his daily walk on the morning of May 20, the 87-year-old victim was standing at the bus stop near Pender and Columbia streets when a stranger approached him, made racist comments, then sprayed him with bears in the face, police said.
“It’s about an 87-year-old Asian man who was taking his daily walk through Chinatown, going to his favorite restaurant, going to his favorite cafe, sitting down and reading the newspaper,” the chef said. deputy police officer of the Vancouver Police Department. Howard Chow told Global News.

“For no reason he was pepper sprayed and a number of offensive anti-Asian hateful comments were made against him.”

After the incident, the victim’s daughter expressed her frustration on Twitter, saying it was the second attack on her father since September, when he was pushed to the ground by a woman who disliked that he speaks Chinese.

In the pepper spray incident, the suspect fled.

This week, the British Columbia Prosecution Service approved one count of assault with a weapon against Duncan, police confirmed.

A BC-wide warrant has now been issued for him.

2:19
VPD investigating possible hate crime after seniors were sprayed with bears in Chinatown

VPD investigates possible hate crime after elderly people were sprayed with bears in Chinatown – May 21, 2022

Duncan’s criminal record in British Columbia dates back to 2002 and includes 49 convictions for theft, 14 breaches of probation, two assaults and one conviction for escaping lawful custody.

He is also charged with theft, uttering threats and possession of a weapon for a dangerous purpose in connection with an incident on July 6 when he is accused of uttering threats against prevention officer losses from a liquor store on Cambie Street, police said.

They also said he had a knife in his possession.

Anyone who sees Duncan or has information about his whereabouts is urged to call 911 immediately.

The agonizing annual hell of the office outside