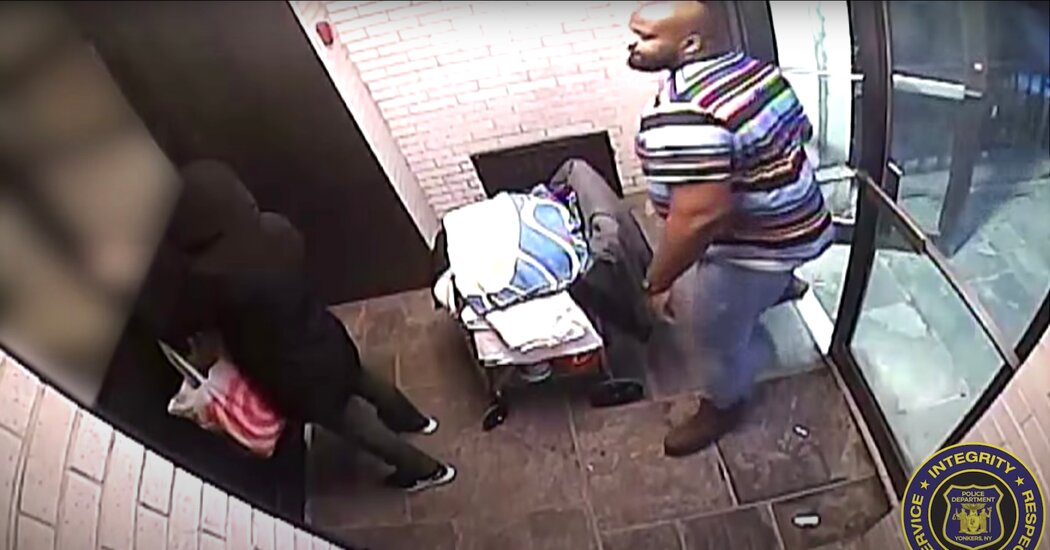 Man punched woman in the head 125 times because she was Asian, officials say

A 67-year-old woman, wearing a white face mask and dark hooded jacket and pushing a shopping cart, enters the hallway of an apartment building in Yonkers, NY. As she moves to unlock the door, a man comes up behind her and hits her in the head with a round right hand.

The force of the blow knocks the woman to the ground. As she lies there, her attacker bends down and punches her repeatedly with both hands for the next minute, over 125 blows in all. He then stomps on her seven times and spits on her before walking away.

The sickening assault, captured by a security camera, came after the Asian woman passed the man as she walked towards the building, officials said. He called her an anti-Asian and misogynistic insult and she ignored him. Moments later, he attacked her in what officials said was violence motivated by anti-Asian bias, another incident in a nationwide wave.

On Monday, the Yonkers Police Department and Westchester County District Attorney announced that Tammel Esco, 42, of Yonkers had been charged with attempted murder and assault, both as hate crimes, at the following the attack, which occurred shortly after 6 p.m. on Friday.

Mr. Esco was waiting outside the building when police arrived on Friday as the victim, bleeding and writhing in pain, lay on the ground, officials said.

An increase in anti-Asian attacks

“This is one of the most appalling attacks I have ever seen,” Yonkers Police Commissioner John J. Mueller said in a statement. “Beating a helpless woman is despicable, and targeting her because of her race makes it even more so.”

The woman, whose name has not been released, suffered facial fractures, brain bleeding and numerous cuts and bruises to her head and face, officials said. She was hospitalized in stable condition on Monday, Yonkers police officials said.

Mr. Esco was being held without bail at Westchester County Jail. Online court records indicated he was represented by the Legal Aid Society. A representative declined to comment.

He has already been arrested 14 times, half of them for felonies, according to Yonkers police. He was convicted of assault in 2011, sentenced to just over three years in prison and released on parole after about two and a half years in October 2013, according to state prison records.

The vicious onslaught appeared to be abnormal for Yonkers, where, according to census figures, about 7% of the 200,000 residents are of Asian descent. Neither the city, which sits just north of New York, nor Westchester County in general has seen an increase in reports of bias crimes targeting people of Asian descent in recent years, officials said.

The experience has been starkly different in New York and other parts of the United States, where anti-Asian violence has spiked during the coronavirus pandemic. From March 19, 2020 to the end of last year, nearly 11,000 hate crimes targeting people of Asian and Pacific Islander descent across America were reported to Stop AAPI Hate, an advocacy organization.

In New York, police recorded 131 bias incidents against Asians in 2021, down from 28 in 2020 and just three in 2019. Activists have warned that the numbers may not tell the whole story because bias incidents are not not always classified as such or reported. to the police.

This month, a 28-year-old man was charged with hate crimes in connection with a series of two-hour attacks on seven Asian women in Manhattan.