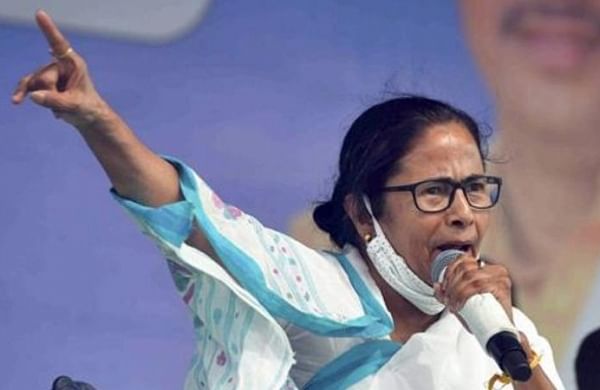 KOLKATA: Reacting for the first time to hate speech by two BJP leaders, which sparked diplomatic outrage from Gulf countries, West Bengal Chief Minister Mamata Banerjee on Thursday condemned the hate speech and demanded the immediate arrest of the leaders for their “atrocious” remarks referring to Islam and the Prophet.

“I urge that the accused BJP leaders be arrested immediately so that the unity of the country will not be disturbed and people in general will not face mental agony,” Mamata tweeted.

Following diplomatic outrage abroad, the BJP took action on Sunday against two of its leaders and suspended its national spokesperson Nupur Sharma and expelled its Delhi media chief Naveen Kumar Jindal for their comments and published a statement saying he ‘respects all religions’ and ‘strongly denounces insults from any religious figure’.

Taking to Twitter, Mamata wrote, ”I condemn the recent heinous and atrocious hate speeches by a few disastrous BJP leaders, resulting in not only the spread of violence but also the splitting of the fabric of the country, resulting in disruption of peace and friendship. .”

In its post on the microblogging platform, CM Bengal called for peacekeeping. “At the same time, I call on all my brothers and sisters of all castes, creeds, religions and communities to maintain peace for the general interest of the people, despite the provocation which we so strongly condemn,” she tweeted. .

An organization of imams in Bengal, the Imam Association of Bengal, released a video clip calling for protest against hate speech. The message given by Yah Yah Khan, the chairman of the association, urged all imams in the state to hold protests in mosques after Friday’s namaaz session. Khan also demanded the immediate arrest of Nupur and Jindal.

Angered by the hate speech, hundreds of people from the minority community staged squat protests on the thoroughfares of Howrah district on Thursday. Protesters set up roadblocks on the national road in Howrah’s Bagnan and Uluberia, demanding the arrest of Nupur and Jindal.

Bengal CM’s reaction on the issue of hate speech came shortly after the protests.

The minority community has proven to be the main vote bank for the ruling Trinamool Congress in previous elections since 2011. The community has backed Mamata’s party en bloc in every election exercise in the recent past.

Freedom of expression makes people free. We must defend all unapologetic speech