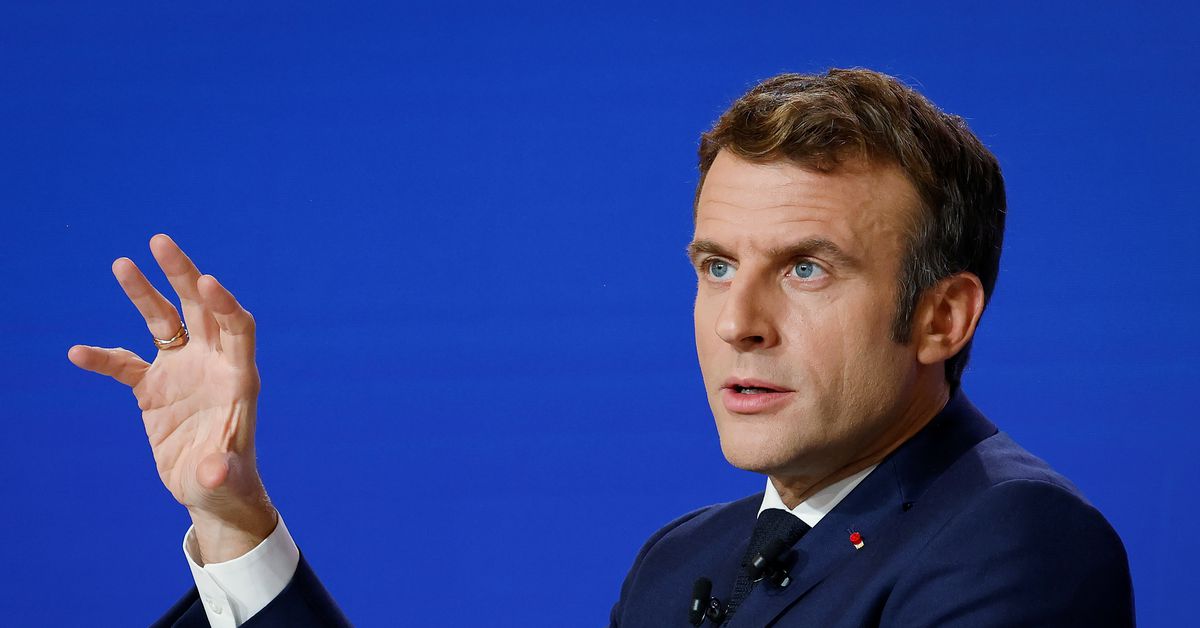 French President Emmanuel Macron delivers a speech during a press conference on France assuming the Presidency of the EU, in Paris, France, December 9, 2021. Ludovic Marin / Pool via REUTERS

France takes over the rotating presidency of the 27-country European Council in January as the EU discusses new legislation defining the dos and don’ts for global tech companies.

“This is an unprecedented European regulation to fight against online hatred, to define the responsibility of these large platforms for their content,” Macron said at a press conference in Paris.

“Every day we have to deal with issues such as anti-Semitism, racism, hate speech and online harassment. Today there are no international regulations on these subjects per se.”

The digital services law in particular would force tech giants to do more to tackle illegal content on their platforms, with fines of up to 6% of global revenue for non-compliance.

The European Commission will launch negotiations with EU countries and EU lawmakers next year, with new rules due in 2023.