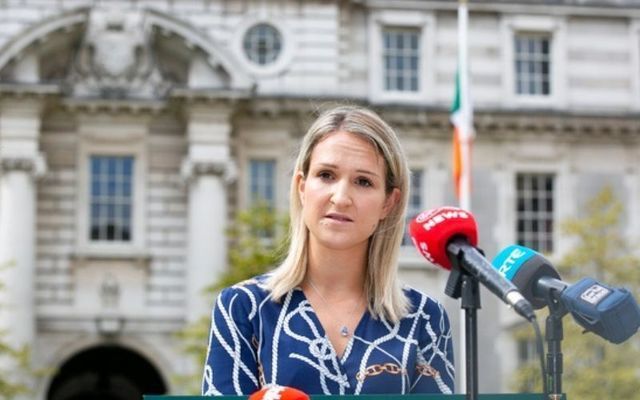 The upcoming Incitement to Hate and Hate Crimes Bill will make it easier to secure prosecutions and convictions for hate crimes, McEntee added.

Hate speech is currently covered by the Prohibition of Incitement to Hate Act 1989 and, although McEntee acknowledged that the law was “cutting edge for its time”, she also noted that there had only been 50 convictions for incitement to hatred since its introduction.

“We need a law that has teeth, that you can sue, but we also need a hate crime law,” McEntee told RTÉ’s Morning Ireland.

“Obviously it’s a crime to assault someone, it’s a crime to damage someone’s property, to harass someone, but even if a judge can consider an aggravating factor hate – it’s not in our law book, it’s not the law.”

She said the new law will legislate for hate crimes by creating new aggravated forms of existing criminal offenses if the offense is motivated by harm against one of the eight protected characteristics.

McEntee told RTÉ there are people in Ireland who “live in fear” because of who they are.

“There are people living in this country right now who are not living their lives as they should just because of fear.

“We all have the right to feel safe and be safe, but for someone to not feel safe just because of who they are, so their race, their religion, the color of their skin and her sexual orientation, it’s not a society I want to live in, and it’s not what we should tolerate.”

She said social media companies are “okay” with the new legislation and know they will have to show they are doing everything they can to remove hateful content.

McEntee added that there will be clear safeguards that will protect freedom of speech and debate, but said she wants hate crimes and incitement to commit acts of violence to be prosecutable.

The new legislation will set the threshold for criminal incitement to hatred as intentional or reckless, which means that a person must either deliberately begin to incite hatred or consider that what they were doing incites hate and do it anyway.

Ireland currently has no legislation dealing specifically with hate crimes, but judges may consider hate motives in sentencing as an aggravating factor. Aggravated offenses generally result in longer prison sentences.

McEntee said work on the bill began in 2019, when there were consultations with different groups and individuals. The bill also underwent a pre-legislative review, which resulted in recommendations that it “considered”.

McEntee said she plans to release the bill in September and have it passed by the end of the year.