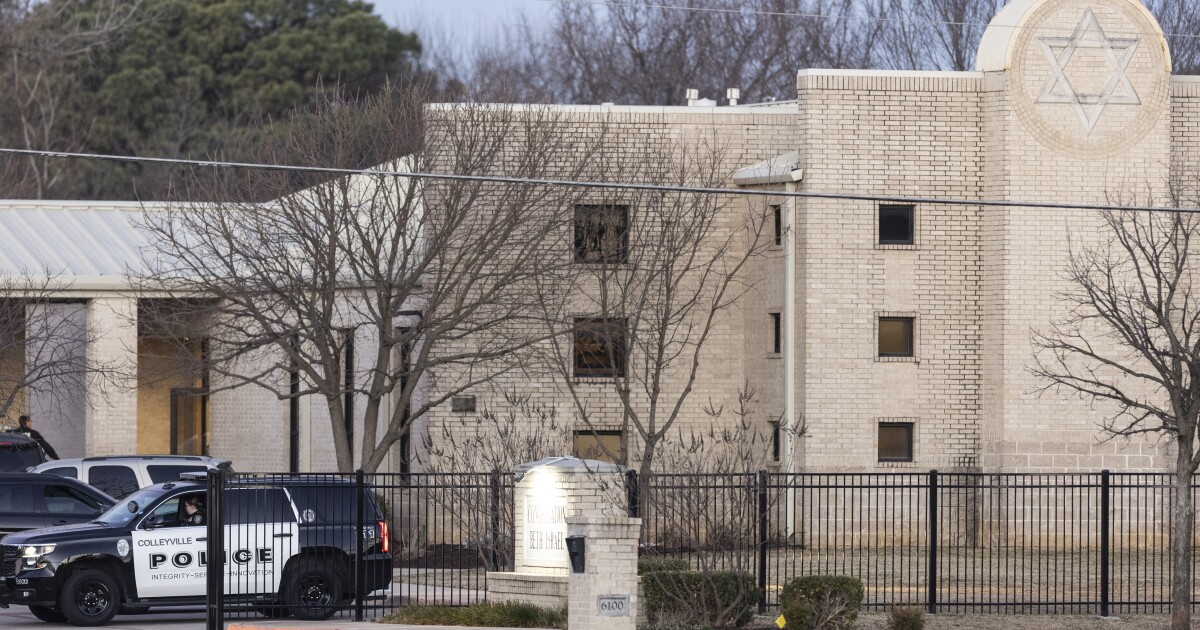 For the editor: Barely two weeks into 2022, American Jews are under attack again, and many of us are growing increasingly concerned about anti-Semitism in our country – increasingly overt and violent hatred.

This hatred and its violence is very important and frightening for many people, both Jewish and non-Jewish. However, in the January 16 print edition, you buried an Associated Press story about the previous day’s hostage-taking at a Texas synagogue on page A-14.

Shame on you for not giving him the coverage he deserved.

For the editor: I am deeply disappointed that the Times has ended the hostage-taking at a synagogue in Texas. This is national news of great importance.

In Los Angeles alone last year, anti-Jewish hate crimes accounted for 88% of all religious hate crimes. Yet the Jews are an ethnic-religious group and not “only” a religion, as is regularly reported. Nationally, the numbers are rising from both extremes, right and left, as the standoff in Texas makes clear.

Anti-Jewish hatred and discrimination is a long ignored crisis that has ramifications for our democracy and other forms of hatred. Jews are the proverbial canary in the coal mine. When will these attacks stop?