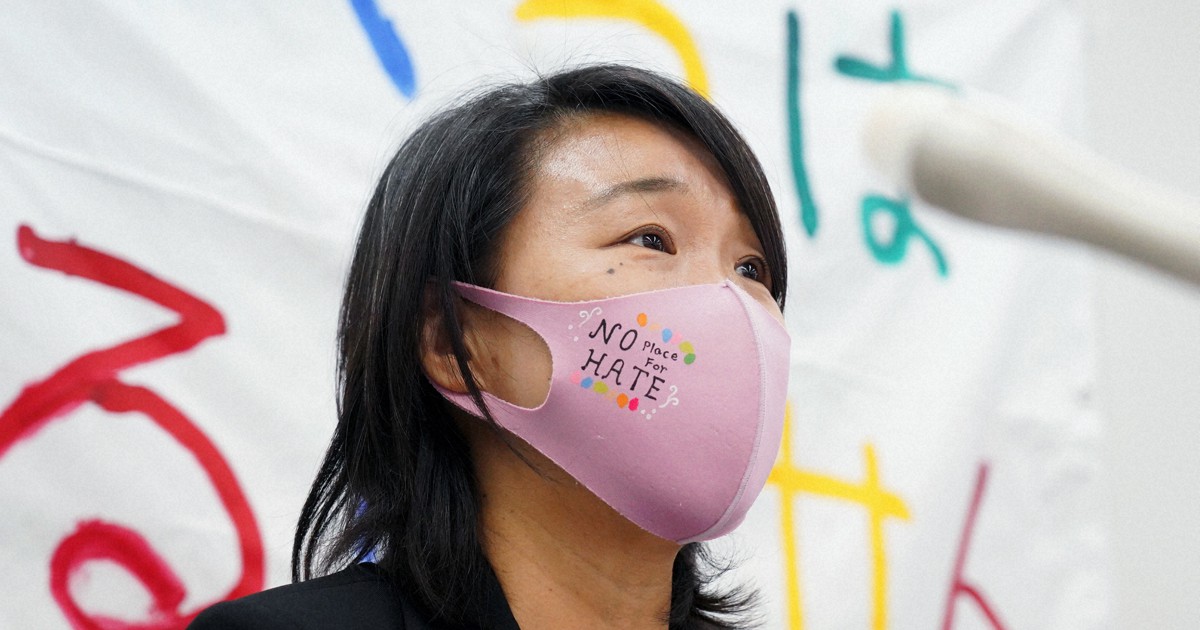 YOKOHAMA – A third-generation Korean resident in Japan sued a man in his 40s through the Kawasaki section of the Yokohama District Court and demanded 3.05 million yen (approximately $ 26,700) in damages, claiming that he ‘he had repeatedly posted defamatory comments about her online.

The director of the Kawasaki Municipal Multicultural Educational Institution, Choi Kang-ija, 48, filed a lawsuit for damages on November 18. According to the complaint and other sources, the man posted an online blog entry titled “Choi Kang-ija, who do you think you are?” in June 2016. Among his passages, he wrote: â€œYou foreign enemy, who harms the nation of Japan. Quickly return to your country of origin.

The blog service operator then deleted the post after Choi requested it be deleted. But for about four years starting in October 2016, the man continued to post blog posts and tweets about Choi, in which he called her a “bogus victim of discrimination” and “status exploiter.” of victim “, among other names.

Choi argues that the June 2016 blog included what the hate speech law defines as “unfair and discriminatory remarks inciting possible dismissal from a local community.” She says the posts that followed were libelous, and also claims that the blog entries and tweets caused emotional distress.

Choi requested the release of information in March 2021 to find out who was behind the online posts and identified the man, who lives in the Kanto region of eastern Japan. In an exchange of letters with Choi, the man admitted his actions and apologized for it, but she nevertheless decided to sue him because she sensed his attempts to find excuses, including that he was “in pain. not to have a job, â€meant that he was showing no remorse.

In April 2020, the city of Kawasaki established an expert review panel based on the country’s first municipal ordinance against racial discrimination that makes hate speech eligible for criminal sanctions. The city has asked website operators to remove a total of 51 posts the committee recognized as hate speech. Of these, 37 have been removed, but because the demands are not legally binding, the municipal government has not been able to act further on the remaining 14 positions.

Lawyer Yasuko Morooka, who joined a Nov. 18 press conference with Choi, said: â€œThe purpose of this trial is to hold individuals accountable for what they did. solved only with delete requests, and we’ve concluded we can’t let it go unchecked. ”

What You Did Against Hateful Content: Delhi Assembly Panel Calls on FB

Bloomfield Hills parents want to protect their kids from racists