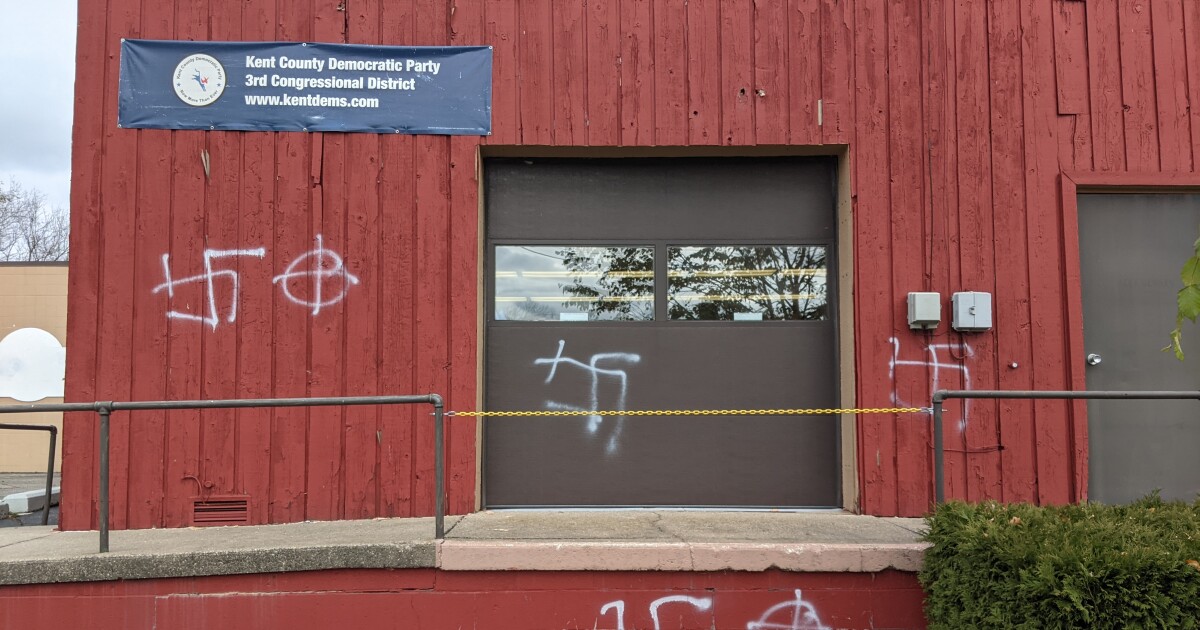 “The anti-Semitic graffiti discovered this morning on our headquarters in Kent County is not only shocking and disappointing, but a direct attack on what should be the core values ​​of all citizens, regardless of their political preference. It is quite clear that winning at the polls isn’t enough these days, it doesn’t stop the hate and violence, it doesn’t immunize us against the rampant white supremacy that has been unleashed by bad actors across the spectrum Politics.

It reminds us that we must remain vigilant in our quest for justice and equality for all. We cannot and will not allow hatred like this to circulate in our community. I ask you all to stand with us and send a resounding message that this form of hate is not welcome here and that we will continue to fight it every day of every year.”

“Hate is a danger to both parties and to all Americans. Nazi messages are particularly anathema to the Jewish people, but everyone should join in the condemnation.”

Saxton says the police have been notified.