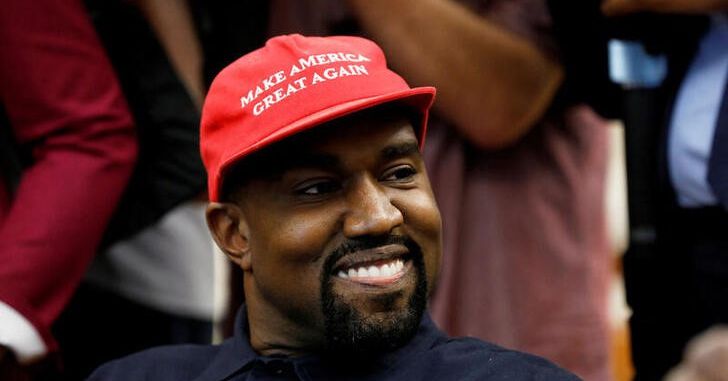 Alex Spiro, partner of Quinn Emanuel Urquhart & Sullivan, told me that despite recent reports that the rapper now called Ye was his client, he does not represent him.

Ye “asked me to be his attorney but the representation was never formalized,” Spiro, whose other clients include Elon Musk, said via email. “I don’t represent Mr. West.”

A representative for Ye did not respond to a request for comment for this column.

Cadwalader, Wickersham & Taft said it had terminated its work for Ye. “We are not currently providing representation and have no intention of providing future representation,” a firm spokesperson said.

Cadwalader’s partner, Nicholas Gravante, wrote a letter on behalf of Ye to The Gap Inc last month, telling the retailer that his then client was ending the partnership because the company allegedly failed to meet its contractual obligations. .

The moves come after Ye on Oct. 3 wore a “White Lives Matter” t-shirt to Paris Fashion Week – a phrase that the Anti-Defamation League says is a white supremacist slogan.

Five days later, he tweeted “I’m a little sleepy tonight but when I wake up I’m gonna die con 3 On the JEWS.”

The professional repercussions were rapid and severe. My Reuters colleague, Uday Sampath Kumar, reported on Tuesday that the musician had been removed from the Forbes list of the world’s billionaires after Adidas ended its deal with him.

“Adidas does not tolerate anti-Semitism and any other type of hate speech,” the German company said on Tuesday.

Additionally, Reuters reported that Creative Artists Agency no longer represents Ye and film and TV studio MRC Entertainment has dropped a documentary about him.

If there’s one thing you could probably use right now, it’s a good lawyer. Still, it’s clear why his A-list attorney no longer wishes to be associated with him.

I’m not saying that only saints deserve lawyers. But lawyers are not taxis, obligated to hire anyone who can pay for the fare. They choose who they want to represent. And I don’t blame those who would rather not dedicate themselves to protecting the bank account of someone who vomits hate speech.

“The prevailing rule is that lawyers can abandon a client for virtually any reason – including that they dislike being associated with the client – as long as the representation ends” without significant adverse effect on the interests of the client. client,” Bruce Green, a professor at Fordham University School of Law, said via email.

Certainly, lawyers cannot simply end representation in the middle of litigation. The client and usually the court must give permission to leave, and this can take time.

For example, Greenberg Traurig partner Justin MacLean is currently defending Ye in a copyright lawsuit filed by Ultra International Music Publishing in Manhattan federal court, according to PACER. MacLean did not immediately respond to a request for comment.

But for legal work that is not in court, ethics expert Stephen Gillers, a professor at New York University Law School, told me that Ye’s lawyers are free to step down.” as long as they do it in an orderly fashion”.

“It shouldn’t be a problem for him to get a new lawyer,” Gillers said. “In the presumably short interim until a new lawyer is on board, they have to protect his interests.”

Since Ye remains rich (albeit less rich) and famous, I’m sure he will find lawyers willing to fight for him. But it is almost certain that this list will be much shorter than before.

The opinions expressed are those of the author. They do not reflect the views of Reuters News, which is committed to integrity, independence and non-partisanship by principles of trust.

Jenna Greene writes about legal business and culture, taking a broad look at trends in the profession, the faces behind the cases, and the quirky courtroom dramas. A longtime columnist of the legal industry and high-profile litigation, she lives in Northern California. Contact Greene at jenna.greene@thomsonreuters.com