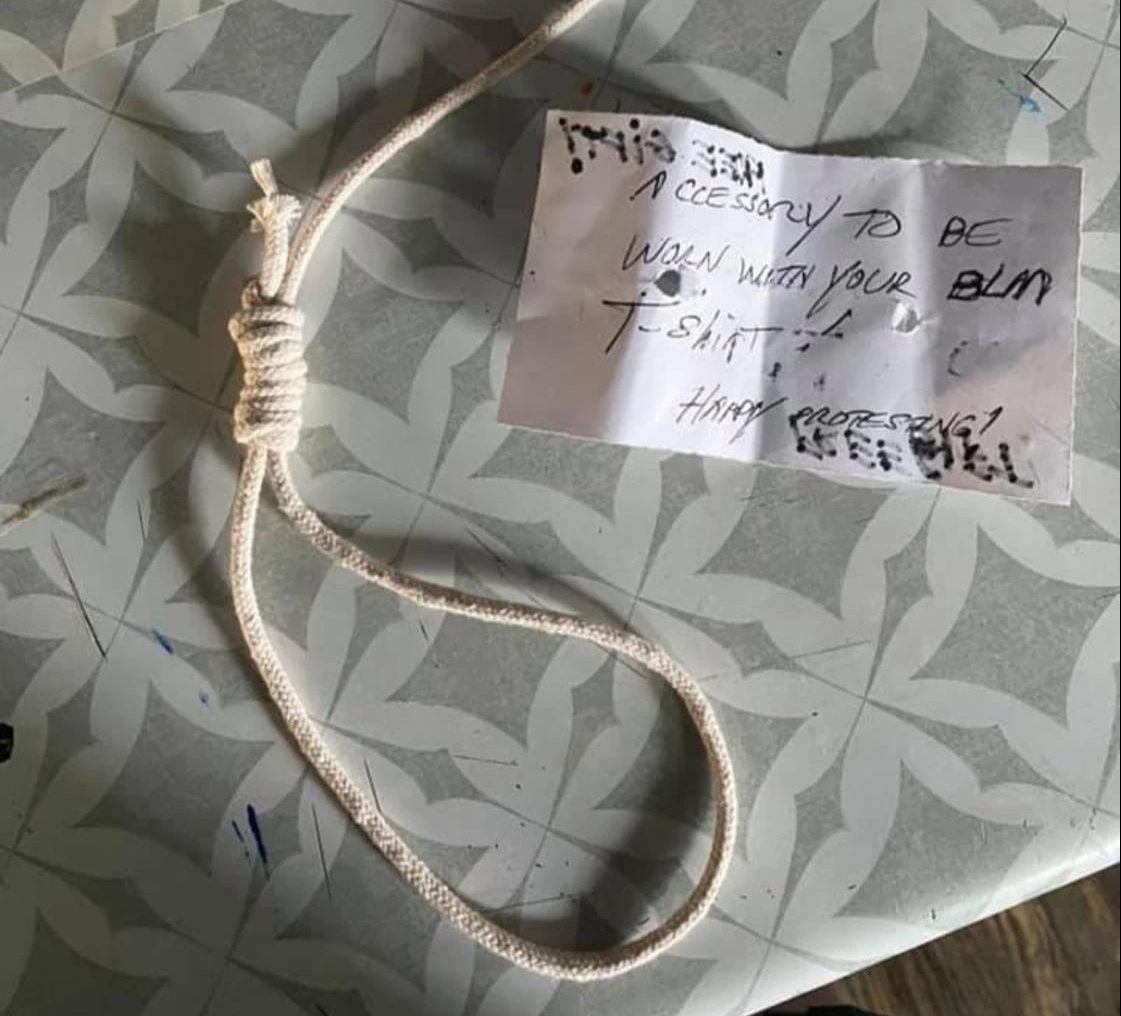 A Michigan man has been formally charged with hate crimes after being accused of terrorizing his neighbors in an effort to intimidate them into not supporting the Black Lives Matter movement, the Justice Department reports.

Kenneth Pilon was charged with six counts of interfering with federally protected activities, including protests following the death of George Floyd, according to REVOLT TV on Wednesday.

In June and July 2020, Pilon, 61, reportedly attended several establishments in the Saginaw community and left nooses with a disturbing note attached.

“An accessory to wear with your ‘BLM’ t-shirt. Happy Protest!” read the message inside the letter. The notes were left in a Goodwill parking lot, inside the 7-Eleven beverage cooler and in a Walmart parking lot.

Regina Simon believes she and her then-husband Donald Simon were targeted after Pilon saw her on the lawn of her home wearing a BLM t-shirt. A day later, the disturbing note was left in Donald’s truck with a noose according to REVOLT TV.

“When he got in the truck, he noticed on the side of the door that there was this noose with a note attached,” Regina said. “At first I think it’s a joke, someone is trying to be funny, but then I think it’s not funny.”

Hate crimes have plagued our society and left the most vulnerable Blacks, Jews and Asians throughout American history and more recently as well. And while the Biden administration recently passed the Anti-Lynching Act to make lynchings a federal crime, men like Pilon still exist, with their racist views and acts.

After posting a photo of the note on her Facebook page, Regina was contacted by the NAACP and the FBI began investigating.

The FBI said Pilon was on a mission to scare and induce people to “lawfully participate in peaceful speeches and assemblies opposing the denial of the right of black people to the protection and services of the police.” without brutality”.