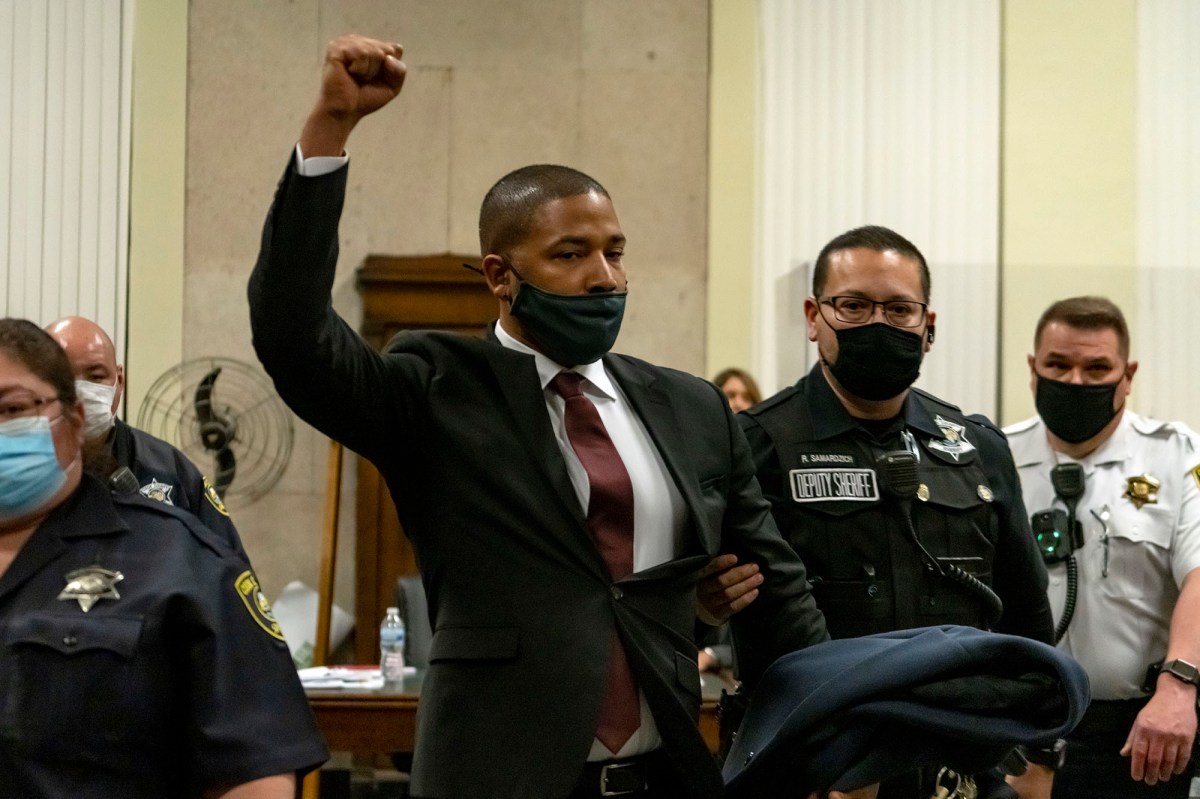 Jussie Smollett was sentenced to five months behind bars for organizing a hate crime in Chicago, and reportedly believed his race was a factor in his sentencing.

The 39-year-old actor, best known for his role in the Fox drama ‘Empire’, told his defense team before handing down his sentence that he expected jail time and believed he would be dealt with harder for the nonviolent offense than others convicted of similar crimes because of the color of his skin, sources told TMZ.

For Smollett, this is further evidence of systemic racism in the justice system.

He reportedly told his team he was “dead” predicting the outcome, calling it “unfortunate” and “sad”.

Judge James Linn sentenced Smollett to 30 months probation, the first five of which must serve in Cook County Jail, and ordered him to pay the City of Chicago $120,000 in restitution and a $25,000 fine. after being found guilty of five felony counts of disorderly conduct following his eight-day trial late last year.

While Smollett refused to speak before his sentence was handed down, he immediately began to maintain his innocence as he was led away in handcuffs following Judge Linn’s ruling.

“I’m innocent! I could have said I was guilty a long time ago! Smollett said in court.

“Your honor, I respect you and I respect your decision, but I didn’t do this and I’m not suicidal and if anything happens to me when I go there, I didn’t do it to myself. and you all must know it.”