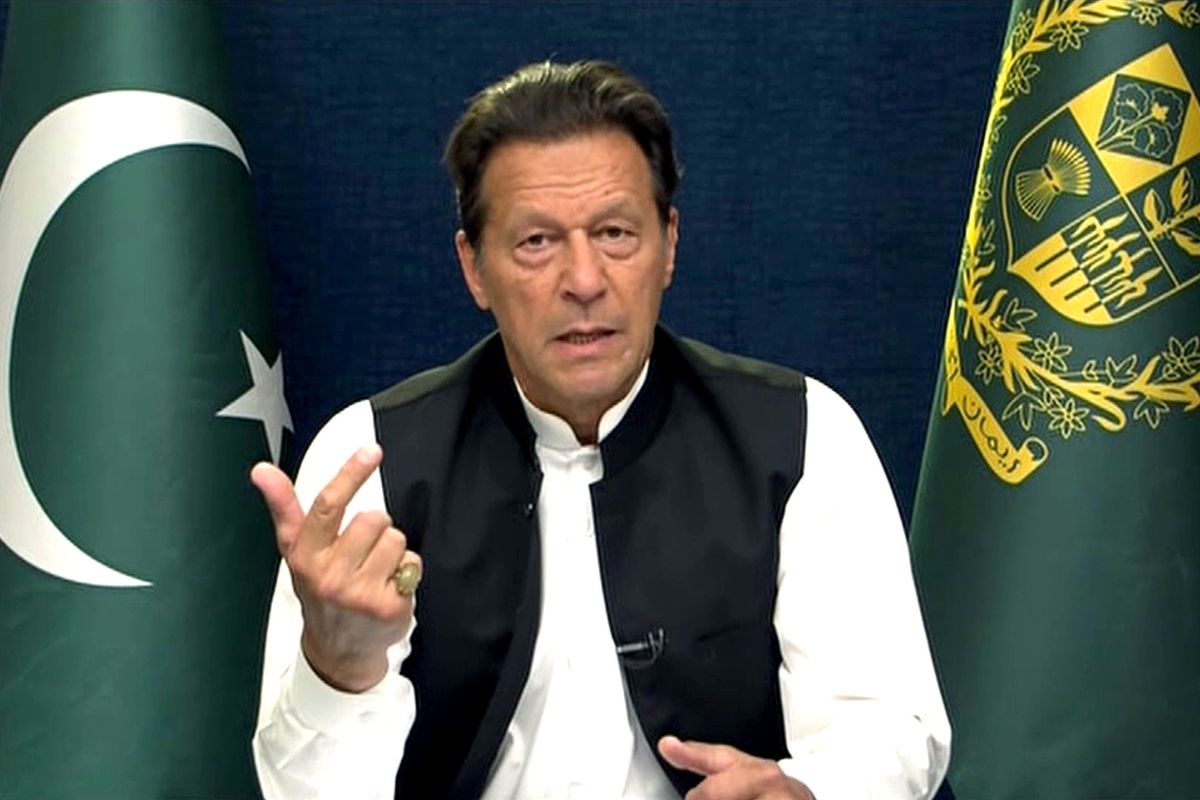 Pakistan has had 29 prime ministers since independence, and none has ever completed a full five-year term. All, without exception, were relieved by the overt or covert push from the shadows of the Pakistani military or the proverbial “establishment”. Imran Khan Niazi (who renounces using the surname “Niazi” due to the infamy of notorious Lt Gen AK Niazi), was deported in 3 years and 235 days, reluctantly. Ironically, the same ‘establishment’ that was blamed for interfering in the 2018 election in his favor was then paradoxically blamed by the clearly miffed Imran Khan for pulling the rug out from under him, in favor of opponents who were on the wrong side of the ‘establishment’, in 2018.

Each of the earlier dispensations ~from the PML-N to the PPP~ had had their own respective grouses with the Pakistani “establishment”; however, their expression of frustration was always muted, clouded and sugary, but never direct or unrecoverable ~ somewhere the feeling that the invaluable tide of the “establishment” would one day turn in their favor, always lingered. However, at all times, despite the intractable and often invisible equation that beset the Pakistani (read military) “establishment” and the United States of America, criticizing Washington DC was strictly off the menu. Indeed, presumed acquiescence to any “change” in the waiver by the United States was always implied.

This refusal to openly criticize the American government in an explicit manner has always been useful in reconstructing the return to power. From the first day of Imran Khan’s “nomination” (as the incumbent opposition teasingly calls it, instead of “election”), Mianwali’s capricious Pathan had publicly maintained an inordinate disdain for the United States . Imran’s lengthy speech after the results were announced in 2018 had a surprisingly brief, chilling, and revealing mention of the United States where he said, “As far as America is concerned, we want to work on a mutually beneficial policy. Not a one-sided relationship. You need a balance. ” Period. Perhaps the calculation in Washington DC was that Imran Khan’s empty posturing and bravado was just political and that the “establishment” would be able to rein him in, away from the public eye.

The brash Imran Khan was clearly so carried away by his own bluster that even beyond the United States he thought he could do without the military or the Pakistani “establishment”. As the situation grew increasingly tense and uncertain, instead of offering the olive branch to the Pakistani “establishment” (as was done in all other dispensations), the immature leader upped the ante and decided to interfere in the functioning of the army (tinkering with sensitive appointments that could have an impact on the future chain of command). Imran even mocked the Pakistani military’s self-proclaimed “neutrality” with insinuations of partisan bias. “Red lines” were quickly crossed and an all-night conversation with “establishment” officials eventually led to the yelling and yelling Imran Khan being ousted.

But the first time around, the prime minister didn’t stop at the “establishment” and he extrapolated his fate to a “foreign conspiracy” that pointed to Washington DC. While diatribes against the United States are an old staple for fringe and extremist organizations in Pakistan, it is bold for a dominant political party to embrace such vehemence. This anti-American stance has a ready following with its practical ability to attribute the ensuing socio-economic crisis to fantastic conspiracy theories in which the “control” of Pakistan is the ostensible agenda of the “infidel” West! Although Imran has managed to strike a chord with the public (even if it remains unsubstantiated), his route to power rests on the permanent breaking of bridges with the United States and, by extension, with the “free world”. and multilateral organizations like the IMF and the World Bank.

Even US allies in the Gulf Sheikhdoms would avoid Islamabad with such entrenchments. That would leave an unlikely second term for Imran Khan with the only option of being Chinese-funded – something even the Pakistani military would be uncertain about in terms of how little leeway he would leave the ecosystem with. Now Imran Khan is creatively pairing the US and the Pakistani “establishment” to go hand in hand with rival politicians, and therefore positioning his appeal as the anti-Western, anti-military crusader who, with the largesse China, will pull Pakistan out of its obvious quagmire ~ a dangerously attractive and realistic proposition from the start! Imran’s Tehreek-i-Insaaf is believed to be behind the smear campaign after the helicopter crash which involved senior Pakistani army officers.

Along with the establishment’s Inter-Service Public Relations (ISPR) condemning the campaign, Prime Minister Shehbaz Sharif also weighed in: “That’s what self-righteous political narratives do: they poison the minds of young people and militarize hate speech”. Additionally, Imran’s close aide Dr Shahbaz Gill was arrested for ‘seditious’ comments after the Pakistan Electronic Media Regulatory Authority (PEMRA) found his suggestion of complicity between the ruling PML-N and the Pakistani military for harboring a highly reprehensible “strategic media cell”. , as well as his advice to rank and file army officers to refrain from taking orders that were ostensibly “against the feelings of the masses”! More recently, PTI’s Shireen Mazari confused the US with the real ‘establishment’, as she called the visit of the new US Ambassador to Pakistan, Donald Blome, to the forward area of ​​Torkham in a military helicopter, ” US regime change plot”.

She continued with her vitriol saying, “Blome Viceroy in everything but name and arrogance basically?”. With such a brazen and imperious approach, Imran Khan may endear himself to the ignorant masses, but he is critically closing doors with both the “establishment” and the United States ~ a support system that can never be filled with thunderous rhetoric, boastfulness or even the Chinese. Imran’s bet is not only reckless and poorly thought out from a Pakistani perspective, but also from a regional perspective, as the consequences of Imran’s mismanagement in his first innings, whether in Afghanistan or Pakistan, are still being felt. Imran’s gamble has been reckless so far and if he persists in the same direction, worse times are guaranteed.

I’m a makeup artist and hate to shell out £20 on a Beauty Blender – found some brilliant dupes for just £1.50 each