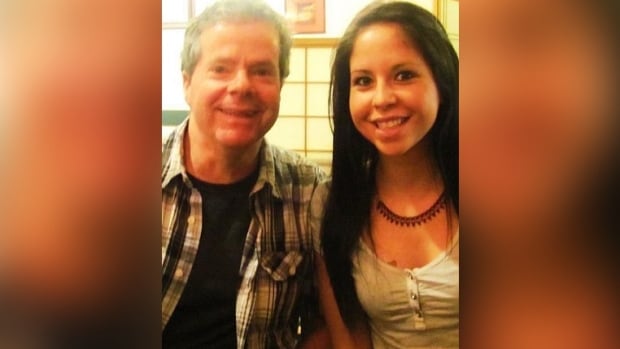 I hate booze, but it never made me stop loving my dad

This first-person piece is by Andrea Landry, an Indigenous rights advocate and freelance writer who lives in Poundmaker Cree Nation in Saskatchewan. For more information on CBC’s First Person Stories, please see the FAQ.

My father did the best he could in life.

He did the best he could in my childhood. As we grew up, it did its best through our teenage and adult years.

He was the kind of father who loaded us into the car when my mother’s rage got the better of her. He took us to the beach to look for fish. The winding roads distracted us from the anger at home. He filled that car with love to override my mother’s rage.

He was a hard-working and calm man. I think he carried a lot more than we ever knew him, like a lot of dads.

He was the kind of dad who quietly followed me on his bike as I rode long runs on the Trans-Canada Highway in my early 20s. “Too many bad things happen to women,” he would tell me, following me from afar. He knew how to make me feel safe.

He was the type to buy food for someone who needed it, even if it meant he had no money left for himself.

His vice was alcohol.

He was sober for 20 years between my childhood and adulthood. Then life happened.

Over the past few years, he has openly admitted to me that he was drinking again and struggling. He would admit to drinking before bed. And I would listen.

Her honesty was heartbreaking, but it was beautiful.

He knew my position on alcohol. He knew that I did not allow it in my life or in the life of my children because of the problems it caused in my childhood.

Even knowing that, he was still honest with me. Because he loved me.

When the struggle stopped and he made amends with the chaos in his life, he told me his life plans.

“I’ll take care of you when you’re old and gray,” I told him over the phone.

Host Shauna Powers speaks with a daughter whose father is no longer alive – but who continues to remember the good times and the love they shared, despite the personal hardships he faced. We hear why Andrea Landry wants people to forgive and care for their fathers – if they can and it’s safe to do so.

We made countless plans for things we would do together. The adventures of life. Then he hit another life bump.

“I had a few drinks this weekend and life isn’t going well,” he would tell me. I heard the lingering shame in his tone. He sniffled.

I took a deep breath and replied, “I love you, anyway.”

He was silent for a few moments as he understood my words, then said, “I know. I can always count on you.

He expressed more joy in the last months of his life. He laughed a lot and shared more gratitude for the simple little moments. He told me about new friends and how he was reconnecting with his sister and the rest of his family. He told me how much he loved the people in his life, how much they helped him and mattered to him. He told me he hardly drank anymore.

He no longer spoke to me of the drinks he drank. He was enjoying life.

During an evening phone call, he stopped in the middle of his updates.

“If there’s something you need to tell me that’s still bothering you from childhood, you can tell me,” he said.

I think he was worried that I was clinging to old wounds. But my old wounds would never outweigh the love I had for him.

While we were talking, I was outside with my daughter River-Jaxsen. We were looking for insects.

“I remember you girls doing that when you were little,” he recalled.

“I remember that too.” I smiled.

“I want you to know that I love you so much. I love you so much,” he said. I remember so well that he said it twice. He usually only said it once. “Have a great evening. I’m going to eat my pizza and watch a movie tonight.”

These were his last words. I was grateful that he was happy and content.

That night, my father had a freak accident on a staircase. He did not survive the fall. He was only 61 years old.

He tried to be totally sober. He finally found his joy. He was learning to fall in love with life. He finally opened up to a beautiful and healthy family support system. The life he deserved.

I hate alcohol, but it never made me stop loving my dad.

I will always remember a kind-hearted man who gave so much to others, loved others so deeply, and always cared for those he loved.

I will remember a man who finally found his joy and healed, in the months leading up to his death.

My father did his best in life, but he had difficulties.

These struggles taught me a powerful lesson after he was gone.

Forgive your fathers, if you can and if it is safe to do so.

Forgive them while they are alive, if you can.

Forgive them if they are gone, if you can.

Take care of them, if you can, in small and big ways.

Because our fathers did the best they could. It’s the best gift I could ask for.

My dad did the best he could for as long as he could. My love for him will always soar.

Do you have a compelling personal story that can provide understanding or help others? We want to hear from you. Here is more information on how to introduce ourselves.