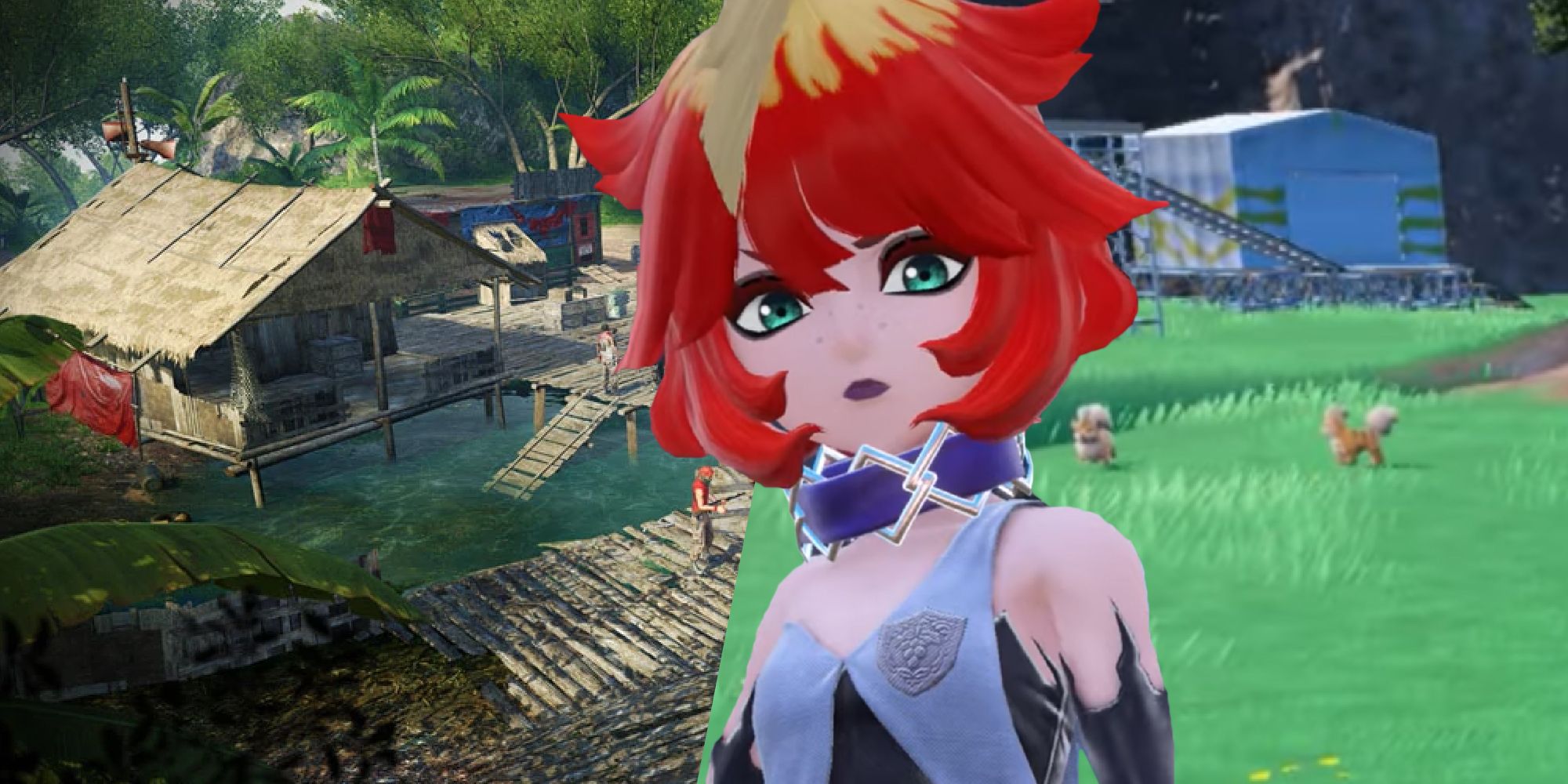 Pokemon Scarlet & Violet drops you into Team Star’s base to wipe them out, but do we really need those open-world tropes?

I’m sold on Pokemon Scarlet & Violet. I’ve had my heart broken before, but I never learn. This Pokemon game seems to have everything I want from a Pokemon game, and my heart is already pounding. I’m just waiting for The Pokemon Company to call. I’m much more positive about Legends: Arceus than many other Pokemon fans, and I’ve always thought Scarlet & Violet following Legends’ open-world sensibilities was a masterstroke. The latest trailer shows a lot of busy work on Pokemon, but honestly, that kind of nonsense just makes me love it more. I filled the currydex in Galar. I can’t wait to make a sandwich at Gardevoir. There’s one element of the latest trailer that dampens my excitement, and that’s the Far Cry-style basics. Why the hell do they exist?

GAME VIDEO OF THE DAY

I was so worried about Pokemon getting in the way of its own way, like it has so many times before, that I didn’t stop to consider the fact that even though it does the open world thing perfectly , open world games sometimes suck. They’re jam-packed with plenty of menial tasks imagined in meeting rooms with pie charts tracking player engagement and logged hours. They don’t care that most of us are swiping up tasks at the end of open-world sagas out of obligation, staring at the screen with glassy, ​​square eyes as drool drips from our cracked lips.

Related: Diary of a Pokémon First Timer: Now I Understand Why These Games Are So Popular

Nobody likes this busy job. Ubisoft, for a long time, was the biggest culprit. So much so that map cleaning tasks are often dismissed as Ubisoft-level design. I loved Far Cry 3 but slowly fell in love with the series, the magic breaking as the formulas repeated themselves, the maps stretched wider and our time more and more wasted. One of the best parts of Far Cry 3 though, was sneaking up on enemy bases and assassinating each guard one by one in the shadows, or taking them all out at once in a fire of bullets. Sadly, this has been brought back to not just every Far Cry since, but almost every open-world game since, and has become progressively duller and more formulaic.

Taking Pokemon is slightly different. I’m not hanging out with Roselia ready to plunge her thorns into the necks of my potential competitors in the challenge of being the best, like no one has ever been. The process has been Pokémonized, but it’s still frustratingly familiar. You walk to the base and enter through the gates, then circle the compound fighting whoever you see. Despite Team Star’s flair, it’s also a very bland base. In the end, you must win a boss battle in order to claim the base and clear it. The final battle obviously wasn’t shown in the trailer, so if it does something different it might make it all interesting, but right now it feels very predictable and yet also surprising. I thought Pokemon as an open world game might stumble due to frequent Pokemon failures. I never thought the pitfalls of the genre itself could win out.

I’m still aboard the Heartbreak Express for Pokemon Scarlet & Violet. All the little things shown in today’s trailer no longer convinced me, and I even like to terastalize. As a Legends: Arceus fan, Scarlet & Violet was halfway there for me anyway, but the base cleanup has me worried that more open-world tropes may be on the horizon. As long as I don’t have to do an escort mission, maybe I’ll be fine.

Next: Revisiting Kanto: The Complete Journey

The role of the real estate agent | Feature