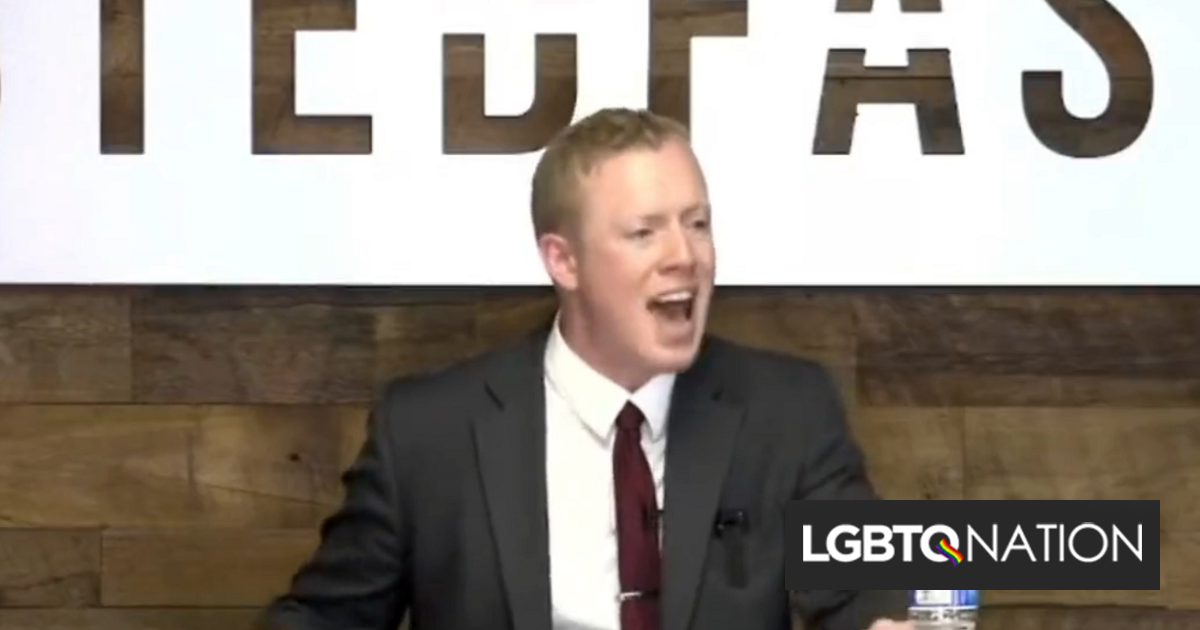 Pastor Dillon Awes of Stedfast Baptist Church in Hurst, Texas, told his congregation that allowing a woman to preach in church is “spitting in the face of God.” His sermon preceded a similar statement from the Southern Baptist Convention that was released today.

Stedfast is one of the most abhorrent churches in the country, and its pastors have repeatedly called for the death of LGBTQ people. Awes himself preached on “the solution for gay people”, which was murder. He called for all gay people “to be lined up against the wall and shot in the back of the neck” last June.

Now he makes it clear that he believes women should not be able to speak in church.

“It’s a total disgrace for a congregation to allow a woman to preach the word of God to them,” Awes said.

He referred to a nearby mega-church where a woman recently preached. “Talk about not respecting yourself!” Talk about being a total disgrace!

“It’s mean, it’s pathetic, you have no respect for yourself,” he said. “Everyone in that church should have gotten out and gone.”

“You might as well spit in the face of God!… It’s better not to be in church than to listen to a woman preach the word of God. It’s mean. pic.twitter.com/F65HyR1QB8

For conservative Christians, it is far from accepted to allow women to preach in church. Prominent Southern Baptist theologians released a document today reaffirming that the word “pastor” can only apply to men, continuing established SBC policy.

“While both men and women are gifted for service in the church, the office of pastor is limited to scripturally qualified men,” the statement said. The statement comes after Rick Warren’s Saddleback Church ordained women earlier this year.

Last week, ‘The Transformed Wife’ – a popular conservative Christian influencer – tweeted that it “would be amazing” if all the men in a church would “get up and go” if a woman was preaching.